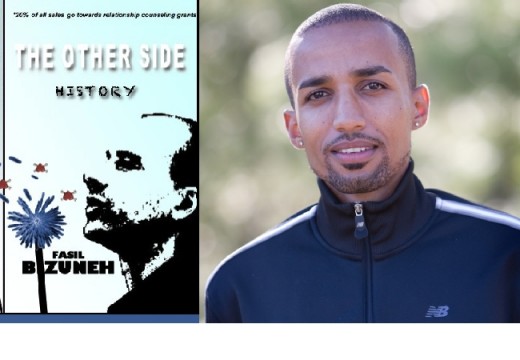 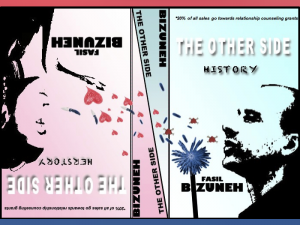 Fasil Bizuneh, who owns a 10,000m personal best time of 27:50.48 and a few 62-minute half-marathons will be racing the Jacksonville Gate River 15k in Jacksonville, Florida on Saturday, March 10th. His personal best on the Jacksonville course is 43:52. He has twice competed in the IAAF World Cross Country Championships, once as a junior and as a senior.

Bizuneh is currently training at altitude in Flagstaff, Arizona. He is looking at competing at the USA 25k Championships, which take place in Grand Rapids, Michigan on Saturday, May 12th.

Meanwhile, Bizuneh has a very unique book project underway. A novel of sorts, which is discussed in greater detail below.

His personal bests are:

Christopher Kelsall: You have run the Gate River 15k in Jacksonville, Florida a few times, placing near the top of very strong fields, finishing in the 43-minute range, which is a performance similar to your 10k personal best of 27:50. Are you going for the win this year? Will winning require a 42-minute performance?

Fasil Bizuneh: Jacksonville has been the site of some of my best races, and I look forward to returning there to race every year. The hospitality from race director Doug Alred, and elite athlete coordinator Richard Clark Fannin, are unmatched. On top of that, sunny Florida is a welcome respite from the daily slosh of training through the Flagstaff winter. I always try to give my self the opportunity to come out on top. That being said, the current resurgence in US long distance running isn’t making these W’s any easier to come by.

CK: So just in the pursuit of happiness?

FB: Yes, and I know everything that shine/ain’t always gonna be gold/I’ll be fine once I get it/I’ll be good.

CK: Speaking of being good, your 10k personal best being 27:50 appears to be your stronger performance of all your races. Your half marathons being in the 62-minute range are consistently close. They all point to a 2:10/11 marathon. Are you going to work on your 2:16:47 marathon personal best this spring?

FB: I’ve had many a heartbreak when it comes to the marathon. It’s tough to train so hard fully committing yourself to a goal only to fall short time and time again. On the other hand, I’ve had nothing but success in races right around the hour mark (15k – 25k).

CK: Will you attempt the marathon distance again?

FB: Yeah, I definitely want to get it right before my career is over. The next time I might take a more old school approach and just hop in one when I’m feeling fit rather than dedicating 12 weeks to one specific race.

CK: Why did you take a pass on the US Olympic marathon trials this year?

FB: My training did not progress in a manner that I thought would give me a chance at the top three. I decided that if I couldn’t do that, then I would be better served preparing for shorter races this spring.

CK: Do you have any specific races in mind at this time? What distances are you focusing on for this spring?

FB: After Jacksonville, the main thing will be the US 25k Championships. I will also fit in a few other races in there.

CK: Apparently one time you trained and roomed with Martin Fagan. Were you surprised by the positive test results for EPO?

FB: I was surprised by him personally testing positive, but I am not surprised that this kind of thing occurs in our sport. For this is the world we live in – where great risk is accompanied by great rewards. The danger with relatively recent-to-market drugs like EPO (1989) is that the long term health consequences of continued usage are not yet known. I fear that many young athletes today maybe risking more than they know for their brief moment in the sun.

CK: Ala, Florence Griffith-Joyner, for example?

FB: That’s exactly the kind of thing I’m talking about. There have been several young professional cyclist to pass in their sleep due to thickened blood as a result of EPO use. There have also been several soccer players in their lower twenties to have fatal heart attacks on the field connected to stimulant use. At the end of the day, the sporting life is so much shorter than the rich and full lives that athletes can go on to live post sport.

CK: You have a very unique book project underway. Can you tell me more about it?

FB: Thank you for asking. The book will be titled, The Other Side. It’s a story of a relationship told from both the male a female perspective from two different covers meeting in the middle. The idea is for the book to be a collection of stories taken from different points in the relationship that will be unified only by subtle details and the growing resentment between the primary actors. I feel as if this format rather suits our busy culture that now communicates via 140 characters or less and may only be able to grab 15 minutes to read at the end of the night. I  will also be donating 20% of all profits towards relationship counseling grants carried out by licensed local professionals handed out to those in need at my discretion. The recipients will be chosen through an application process on The Other Side’s website.

CK: You refer to it as a novella however, there appears to be a need for a certain direction towards it being autobiographical.

FB: I think all authors draw from their personal stories and experiences in the creative process. Parts of the book will be based on true stories from my life where I was either one of the primary actors or a witness from the wings. Some of the stories have come from emails written by people interested in participating in the project after having watched the kickstarter.com campaign video. However, I have taken many artistic liberties to ensure the final product will be a work of fiction to spare any possible embarrassment to the generous participants (including myself).

I also wanted to address the reason for the fund-raising campaign. Here is an interesting article that I found on CNET’s website that discuses some of the costs associated with self publishing and marketing a book. The other great thing about kickstarter is the incentive system created by the artist. The idea is for there to be a mutually beneficial exchange rather than a simple plea for charity.

CK: How are you recruiting contributors?

FB: At this point, all of the contributors of personal stories have been people I already know. I am still looking forward to receiving contributions from the great unknown. The video on kickstarter encourages people to submit personal stories about how miscommunication based on perspective in their own relationships have led to strife.

CK: Are all contributors writing in the first person narrative?

FB: Yes, they have been writing in first person.

CK: How do you plan to blend individual accounts that are in the first person into two main stories from the male and female perspectives?

FB: I’ve encouraged the submissions to be completed by both parties in the relationship to have a more complete idea of where the miscommunication occurred. In most cases, much of the tension is relieved once each party is aware of the others thought process and reasoning. To get a feel of the book’s format, please check out some of the chapters available on The Other Side’s website (more chapters will be added so check back often).

CK: Regarding recruiting contributors, how is that going so far? When do you look to have the project wrapped by?

FB: It’s going great. I have already received several submissions. I would encourage anyone reading this that might have any interest in sharing to write in as well. The book should be completed within the next six weeks and published sometime this summer. Thank you again for taking time out of your day for this interview and to all those with enough patience to have made it this far.