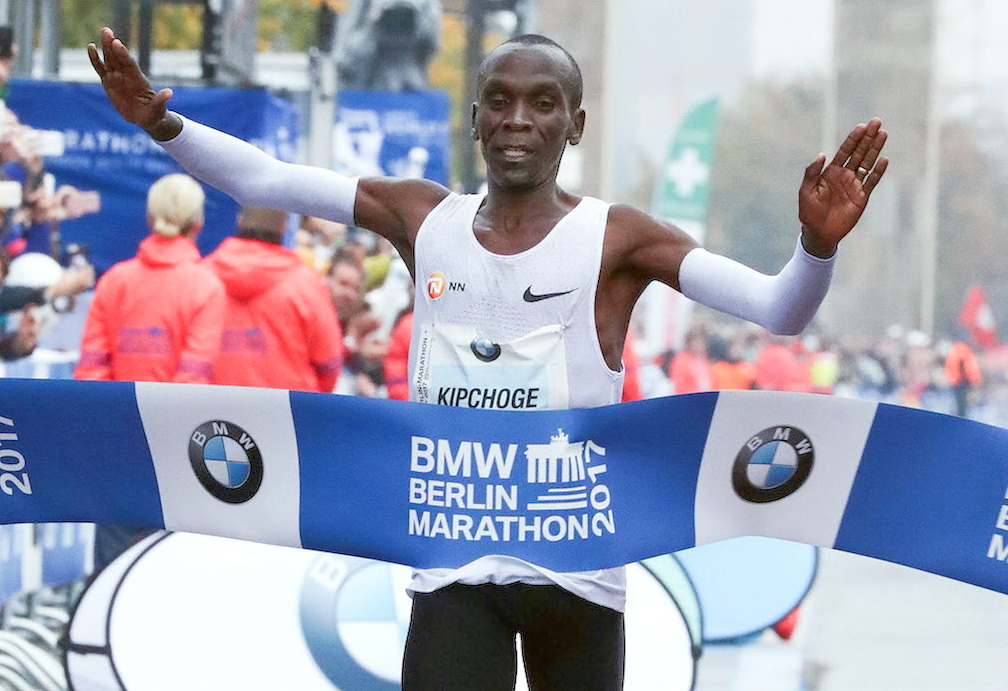 The latest in the BMW BERLIN-MARATHON’S history of fast performances is happening shortly as Olympic champion Eliud Kipchoge returns to defend his title against the former world record holder Wilson Kipsang on Sunday.

The great Kenyan duo have met on two previous occasions here with the match score currently tied at 1-1. Eliud Kipchoge as last year’s winner is expected to be attacking his personal best of 2:03:05 which would mean running at world record tempo, given that Kipchoge’s best is only eight seconds slower than the current world record. This was set four years ago in Berlin by his fellow Kenyan Dennis Kimetto with his time of 2:02:57. Wilson Kipsang broke the previous world record to win the 2013 Berlin title with 2:03:23, beating Eliud Kipchoge into the bargain

Tirunesh Dibaba, arguably the greatest female distance runner in history, will be making her debut at the BMW BERLIN-MARATHON. The key factor in her choice of race venue is Berlin’s well-proven ability to offer a platform for super-fast performances. If conditions are favourable, the Ethiopian might well attack the world record, set by Britain’s Paula Radcliffe in 2002 with 2:15:25 in London. Dibaba is Ethiopia’s national record holder with 2:17:56 which is a big margin to make up, yet she has the pedigree of three Olympic golds in long distance track events to make any challenge credible. Last year’s women’s champion Gladys Cherono and her fellow Kenyan, the double World Marathon champion Edna Kiplagat, are likely to be Dibaba’s most dangerous rivals

The top 12 contenders and PBs

Polar is the new Timing Partner for the BMW BERLIN-MARATHON

We are welcoming Polar as the new official timing partner. Lars Adloff, Country Manager Polar Deutschland explains: „The BMW BERLIN-MARATHON is one of the largest, most well-known and greatest sports events in Germany, with a very strong international radiance. It is, therefore, the perfect opportunity to showcase our newest range of solutions which consist of an ecosystem of wearables, apps and cloud services.” Christian Jost, Managing Director of SCC EVENTS, is enthusiastic about the commitment by the innovator of sports technology: “With Polar, the BMW BERLIN-MARATHON gains a trusted performance partner well-known by accuracy, reliability and superior experience. In our view, this is a promising combination. We are looking forward to the cooperation.”