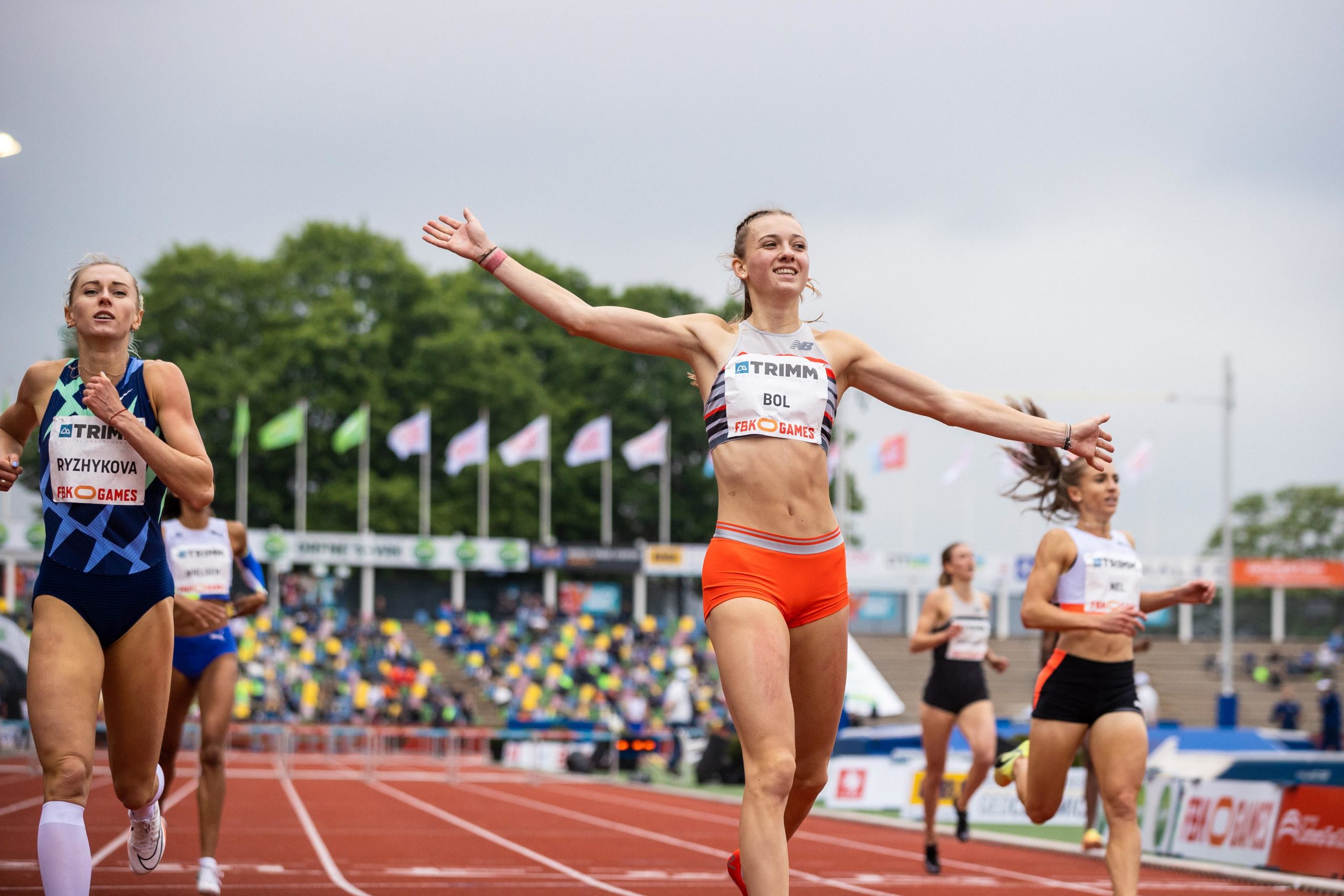 Femke Bol will compete in the 41st edition of the FBK Games in Hengelo on Monday, June 6th.

Bol will race the 400m Hurdles, her favorite discipline. The organization is excited for Femke’s confirmation after already having announced Pole Vault superstar Mondo Duplantis. For Femke Bol 2021 proved to be her definitive breakthrough onto the world stage.

During the 2021 indoor season, she repeatedly won the 400m event capped with a European title. During the summer the 22-year-old from Amersfoort, the Netherlands won the 400m Hurdles Olympic bronze medal in a world record race behind Sydney McLaughlin and Dalilah Muhammad. To top it off she also won the final of the prestigious Diamond League. Her winning ways haven’t slowed down since taking silver during the World Indoor Championships in Belgrade, right behind double Olympic Champion Shaunae Miller-Uibo from the Bahama’s.

The FBK Games will be the first 400m hurdles event this year for the 22-year-old Bol.

Coach Laurent Meuwly said, ”Last year Femke raced to gain international experience. She since has gained plenty of knowledge and that’s why we decided to be much more selective in choosing her events this year. On top of that, she has already qualified for the World Championships in Eugene, OR, and the European Championships in Munich, Germany later this year. This summer we are focused on making sure she will be in her best shape in Eugene and Munich. Femke Bol is currently on a three-week training camp in Potchefstroom, South Africa to prepare for the season ahead.

From fan to fan favourite

Femke Bol added, “I am over the moon to finally race in the Netherlands in front of a full stadium! Because of all the COVID regulations during the past years I never had this opportunity yet. As a child, I always went to the FBK Games as a fan and now I get to race in front of the amazing fans. I am already looking forward to June 6th and hope to run a beautiful but mainly fast race in leadup of the European and World Championships.”

For tickets and information about the 2022 FBK Games Hengelo, click here>>