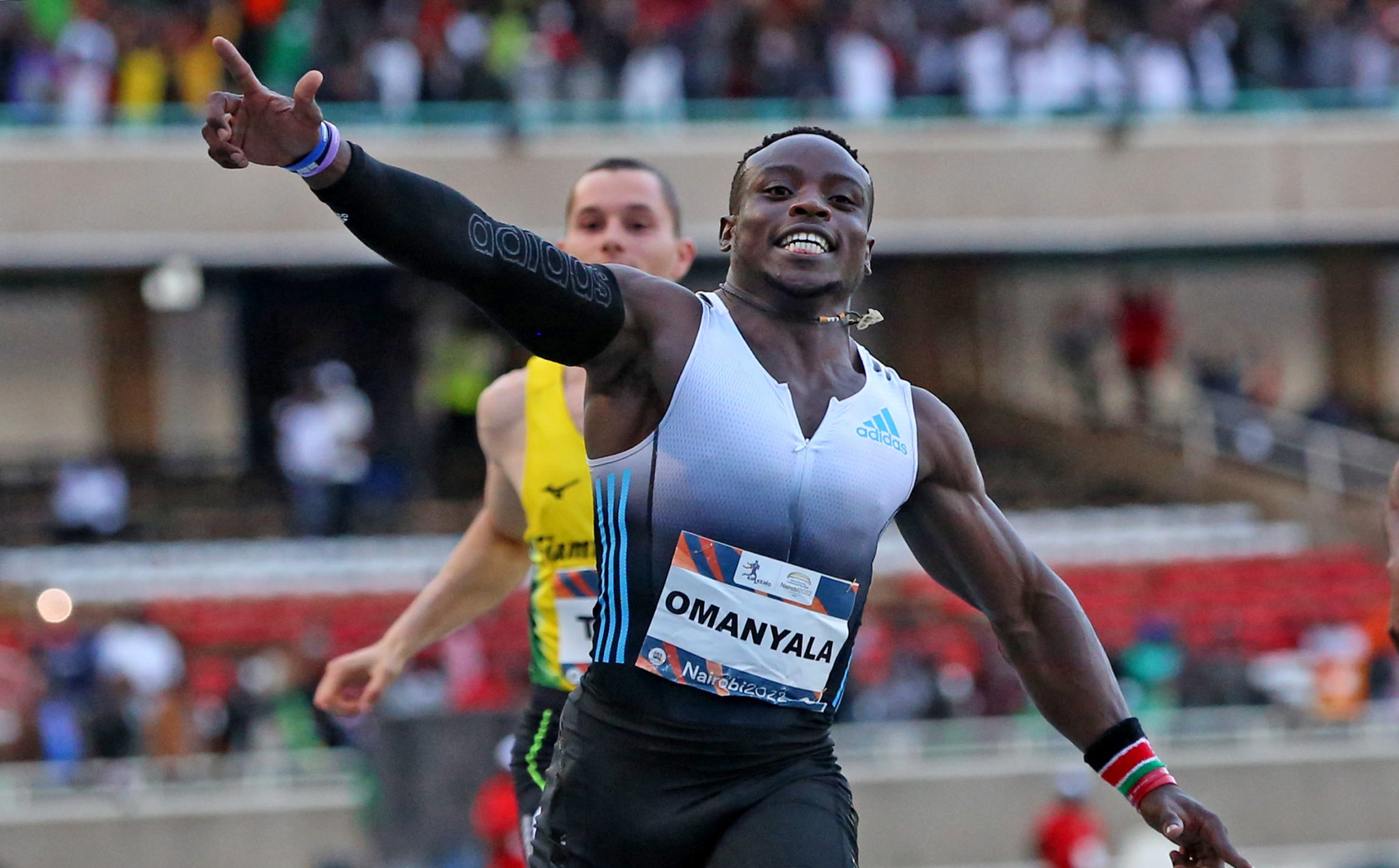 Kenyan Ferdinand Omanyala served notice to North American and Jamaican sprinters that he is ready for the 2022 World Athletics Championships.

Omanyala won the first African 100-metre sprint title in 32 years at the 2022 African Athletics Championships. He will be seeking the 200m title as well on Saturday, just like Joseph Gikonyo did at the 1990 Cairo championships.

OMANYALA is officially the FASTEST MAN in AFRICA!

He bags gold in the 100M at the 22nd African Senior Athletics Championships in Port-Louis, Mauritius. pic.twitter.com/r2oH6xGMSN

Omanyala clocked a 9.93-second performance in a photo finish with defending champion Akani Simbine from South Africa at the Cote d’Or National Sports Complex, Reduit, Mauritius. In third place was South African Henricho Bruintjies in the time of 10.01.

Omanyala broke Nigeria’s Seun Ogunkoya Championships record of 9.94 which was set in Dakar, Senegal back in 1998.

The 26-year-old currently holds the Kenyan and African record at 9.77 seconds set last year in the Moi International Stadium in Nairobi.

Winny Chebet claimed gold clocking in a 4:16.10 performance to win the women’s 1500m event, moments prior to Omanyala’s win.

World Under 20 1500m champion Purity Chepkirui finished in second place in 4:16.28. Ethiopian Dagnachew Ayal finished third in 4:16.28. The 31-year-old owns a lifetime best of 3:58.20 from the 2019 Doha World Athletics Championships. She finished seventh in Doha.

Kenya's flag goes up at the 22nd African Senior Athletics Championships in Port-Louis, Mauritius where 🇰🇪 bagged gold and silver in the 1500M women's race.

The 19-year-old Chepkirui won gold during the 2021 U20 World Championships clocking at 4:16.07 finish time. Her best is 4:10.38 from Moi International Stadium less than two months ago.