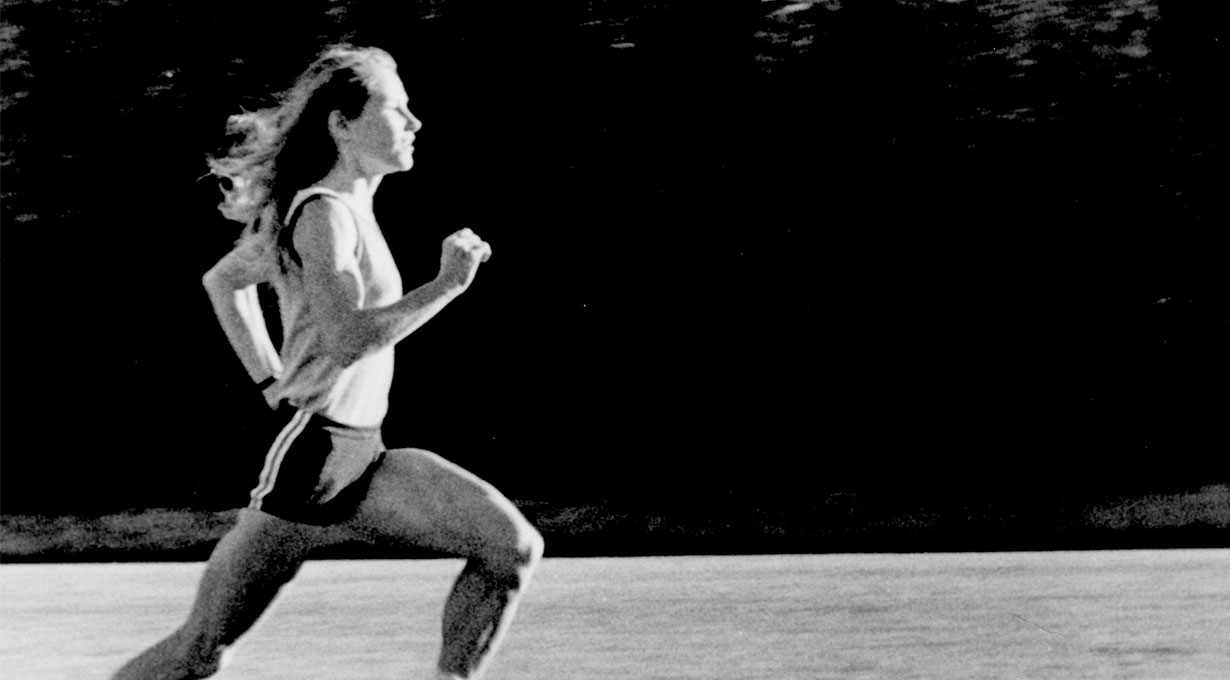 On Sunday, Dec. 3 in 1972, journalist Max Low wrote in the Daily Colonist newspaper (Times Colonist), ‘A hint of snow in the air and a slippery course didn’t bother Grant McLaren and Doris Brown – they were tremendous.’

He was referring to the winner of the first ever Pan Am Cross Country Cup.

The meet turned out to be a dual meet with the US competing against Canada.

McLaren, a 24-year-old from Guelph, Ontario apparently stormed away, leading from start to finish to win the 12.3-kilometre (7.7-miles) men’s race at Beaver Lake Park in Victoria, BC – it was a Saturday.

Brown was a five-time world cross-country champion (International Cross Country Championships) from Seattle, WA took the lead in the women’s race around the half-way mark. She overtook the leader Glenda Reiser of Ottawa. Brown kept the lead and won the 3.4-kilometre (2.2) race.

It is interesting that at that time women could race cross-country to 3.4K, however, when on the track they were limited to just 800m.

Despite Brown’s win both the Canadian men’s and women’s team won their respective titles.

According to Low, Jim Johnson of Seattle, running behind four Canadians all the way and still in fifth place with only half a mile (880m) remaining, staged a thrilling finish to place second but still finished approximately 200m behind McLaren.

Ken French of Richmond, BC (Vancouver) was third, Dan Shaughnessy of Toronto fourth and Tom Howard also of Richmond fifth to give the Canadian A team to win the cup with 13 points.

Tom Hale of Eugene, OR was the next fastest American, finishing sixth and helping the American “A” team into second place with 29 points. The US “B” Team was third with 51 points. Canada’s “B” team made up of BC runners was fourth with 65 points.

Teams consisted of six runners with the top four counting.

The women’s US “A” team could have won the meet, however, one of their top, but unknown runners Ona Dobratz was placed on the “B” team.

Reiser was third, Claire Morgan of Surrey fifth and veteran Abby Hoffman of Toronto sixth to give Canada the women’s team the title with 14 points 19 for the US.

Maureen Crowley of Vancouver, who finished fourth, led the Canada “B” team into the third place with 22 points and the US “B” team was fourth with 38 points.

McLaren raced in the 1972 Munich Olympic Games in the 5,000m distance. He was in command from the start despite a fall halfway through. He would also compete in the Montreal Olympics four years later, also in the 5,000m distance, finishing less than a half second from qualifying for the final with his 13:46.40. In Munich, he had a similar result finishing in the time of 13:43.8.

“It was a satisfying and solid performance,” said McLaren.

“The course was marvelous, soft and very comfortable,” said Brown.

Brown finished fifth in the final of the 1968 Mexico Olympics in the 800m distance. Her best time in the two-lap race was 2:01.9. She is now known as Doris Brown Heritage.

Apparently, at the time the host club was Invictus Track and Field Club of Victoria in partnership with the University of Victoria Track Club.

Victoria earned the right to host the meet due to a club in New York and the governing body of the time having talks break down.

Six radio operators were stationed in the trails to report back to the race announcer the positions of athletes throughout the wooded portion of the route.

Although the event failed to attract Central and South American countries, the hope at the time was to grow the event and make it an annual meet that would provide international competition with a smaller budget than the World Championships which were always hosted in Europe.