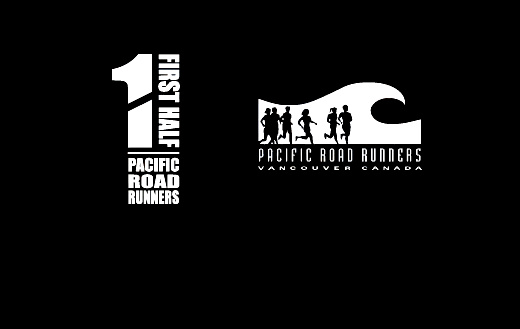 The 27th annual First Half Half Marathon will take place Sunday February 14th in Vancouver and race organizers have assembled a very competitive field in both the men’s and women’s divisions. The timing of the race – in advance of the IAAF World Half Marathon Championships – makes it a little like a world’s trials.

In the men’s field it is debatable as to who is the favourite to win between two of Canada top marathon runners in Eric Gillis of Guelph and Rob Watson of Vancouver. Lethbridge’s Kip Kangogo is also in the mix and the three should make for an interesting race.

Gillis gets the nod based on his history as one of Canada’s top athletes. He is Canada’s third-fastest marathon runner behind training partner Reid Coolsaet and Dylan Wykes. Gillis has run the distance as fast as 2:11:28 and with that performance qualified and competed in the 2012 London Olympic Games. He has run 2:11 at least four times. The Antigonish, Nova Scotia native’s 10,000 best is a strong 28:07.19. In April of 2015, he ran the half-marathon distance in 65:18 in Montreal.

Watson’s fastest marathon time is a solid 2:13:29. He is Canada’s fourth fastest active marathon runner. He has run 2:13 twice. His half marathon best is 63:02. On January 10th Watson won the Prairie Inn Harriers Pioneer 8K in the time of 23:47, defeating a strong field that included Dylan Wykes, Chris Winter, Brandon Lord and Jeff Symonds. He did one better two weeks later at the Houston Half Marathon finishing in the time of 63:58, which gives him the second fastest half marathon time in advance of the IAAF World Half Marathon Championships, which take place March 26 in Cardiff, Wales. There are currently eight Canadian men who have run under the standard of 1:06:00, while the top-three currently appear to be Reid Coolsaet (1:03:37), Watson and Brandon Lord (1:04:00). Athletes have until March 7th to qualify.

Kangogo has a marathon best of 2:15:26 from the 2015 Scotiabank Toronto Waterfront Marathon, he ran within nine seconds of that performance at the 2014 GoodLife Fitness Victoria Marathon. His current best half-marathon took place in Edmonton where he finished in the time of 65:02. Kangogo is a perennially strong road runner who always seems to be in the mix for a top placing; however, if Gillis is in good shape, he will be very tough to beat, so currently it appears Kangogo will be finishing third.

Other competitive runners include Kevin Coffey and Tom McGraff, Logan Roots and Matt Setlack and a handful of highly competitive master runners (40-plus), which includes three Vancouver-based athletes in Jeremiah Ziak, Oliver Utting and Kevin O’Connor as well as Victoria’s Jim Finlayson. The latter two will be seeking sub-70:00.

O’Connor said, “I believe I can go sub-70. I feel as good as I have done for several years. I may not be as fast, but I feel amazingly good,” said the Vancouver-based athlete. “Last Saturday in our low-key VFAC club 8K I ran 25:43 after pacing duties to 2.5k. If we (fellow masters) can get in a decent group, I have every chance of breaking the Canadian age-group 45-49 record of 70:00, which is ultimately my main aim rather than aiming for a finishing position. I am prepared to hurt!”

There is an excellent field of fast women led by the trio of Dayna Pidhoresky, Erin Burrett and Krista DuChene.

It is likely that Vancouver’s Pidhoresky will be running for the win as well as the course record of 1:12:47. She is expecting to compete in the Ottawa Marathon in May. She did start the Houston Marathon in January, however, ran into gastrointestinal issues and had to pull out. She ran through the half-way point in the time of 1:14:50.

The standard for the IAAF World Half Marathon Championships is 1:16:00 and top-three nationally. There are 12 performances that are under that time by six Canadian women, to date. Currently the top-five times in Canada are held by Lanni Marchant, three times and Natasha Wodak with two performances in 2015, the best of which are 1:11:08 and 1:11:20, respectively. The third Canadian woman is Rachel Hannah, who has run as fast as 1:12:25, so the defacto standard for Pidhoresky to beat Sunday is 1:12:25 if Hannah plans on competing in the world half marathon championships or fellow Torontonian Sasha Gollish with her 1:12:35. Gollish has apparently been experiencing minor injuries as of late.

DuChene owns the second-fastest marathon time in Canada to record holder Lanni Marchant 2:28:32 and 2:28:00, respectively. DuChene has also run as fast as 2:29:38, after having broken her femur in the Canadian Half Marathon Championships in Montreal. The tough Brantford native has run the half as fast as 1:10:52 in June of 2013, but at the age of 39, will she continue to compete as a top Canadian; she has given no indication otherwise.

Nanaimo’s Erin Burrett has had a renewed focus on distance running over the past few years and has been gradually getting faster and faster, which culminated in a head-turning performance in October at the 2015 GoodLife Fitness Victoria Marathon where she won the race in her debut finishing in the time of 2:39:17. Considering the rolling nature of the course, with its many turns and the fact it was her first, she is likely able to run faster yet. In January she competed in the Houston Half Marathon. Despite experiencing gastrointestinal issues, she finished in the time of 1:14:45, which represents a small personal best and a very close performance to her marathon.

Asked about her focus for the race Burrett said, “I’m feeling good. The race is falling midst marathon training and will be used partially as a workout,” said the Nanaimo resident. “I tend to find the course very weather dependent due to the openness on the seawall so it is hard to predict a time. I hope to go out and have a good battle with Dayna and Krista and see where things fall.”

Top masters women include 19-time Canadian Champion Lucy Smith, who has raced so much in her life, she had no idea when she last raced this event, it has been nearly two decades (18 years). She will be competing with one of Canada’s top masters Catherine Watkins, who raced last summer in the Toronto Pan American Games Marathon. Also in the race was Marilyn Arsenault, however, she is a late scratch.

The First Half Half Marathon is a popular race that typically sells out well in advance. It is organized by the Vancouver run club, Pacific Road Runners. The event has joined the BC Athletics BC Super Series, which is a 14-event series of road races that happen throughout the province.