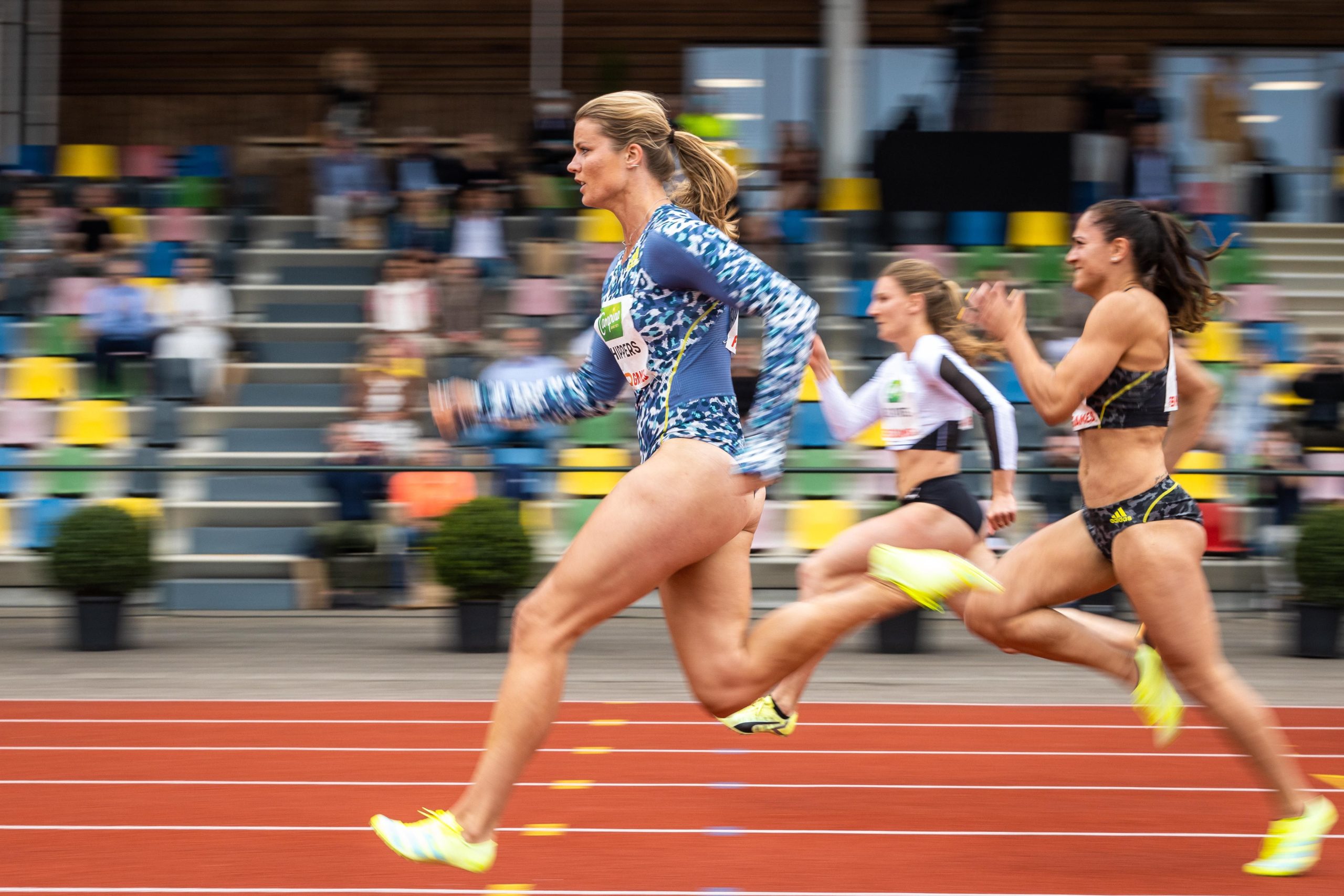 The 41st edition of the FBK Games in Hengelo is held on Monday, June 6. This year’s event will be full of exciting battles. The world’s best athletes — both national and international — will battle for the win in sixteen events. Among them are five reigning Olympic champions, four World champions, and two World record holders.

Many eyes will be on two-time 200m World Champion Dafne Schippers when she explodes off the line in the 100m event. Will Schippers star shine once again in Hengelo, where she ran her first race under 11 seconds in 2015 already? It was the British Daryll Neita who did so last year and who will be Dafne Schippers strongest opponent on paper.

In the men’s race, all eyes will be on the battle between André de Grasse, Olympic champion 200m, and Yohan Blake, former World champion. Dutch fans will also pay special attention to Churandy Martina who is set to join the fireworks in the sprint.

De Grasse is a six-time Olympic medallist and earned gold at the Tokyo Olympic Games in the 200m event, which he holds the Canadian record for. Blake owns four Olympic medals and was part of two relay national records for Jamaica.

Liemarvin Bonevacia is a fan favourite in the 400m. After an Olympic final and Dutch national record of 44.48 he now has his sight set on the World Championships in Eugene this summer. Vernon Norwood (USA) whose personal best is just a fraction quicker will be Bonevacia’s main opponent. Terrence Agard, Jochem Dobber, and Isayah Boers complete the 400m.

In the women’s 400m it’s Lieke Klaver (NED) who takes on Wadeline Jonathas (USA) and Roxana Gomez (CUB) who both ran below 50 seconds already. Eveline Saalberg from the Netherlands will also be on the starting line.

Faith Kipyegon is usually unbeatable over 1500m given her Olympic titles in 2016 and 2021. Kipyegon comes to Hengelo to work on her speed by racing the 800m where she goes to battle with the current World champion Halima Nakaayi from Uganda. An incredible race seems guaranteed. Nakaayi has clocked a 1:58.03 best, which is the national record.

Also competing is Tokyo Olympian Gabriela DeBues-Stafford from Canada. The 26-year-old is a holder of seven national records. Although a 1500m specialist, she will also be racing in the two-lap event. Her best over the 800m is 1:58.70.

It was Letesenbet Gidey who broke the 10.000m world record in Hengelo last year at a ridiculous 29:01.03. She did this just two days after Sifan Hassan improved the world record at the FBK Games (29:06.82).

Gidey takes on many very quick fellow Ethiopians who try to secure a ticket to the World Championships in Eugene this summer. The women’s 10.000m is part of the Ethiopian Trials prior to the World Championships in July. Gidey will face the 10K World record on the road Yalemzerf Yehualaw with her 29:14 performance from February this year. And the 1500m world indoor champion Gudaf Tsegay. The phenomenal Letesenbet Gidey is also the proud owner of the 5000m world record (14:06.62) and half marathon World record (62:52).

Nadine Visser, the 100mH Dutch national record holder takes on World champion Nia Ali (USA) who took home the gold medal in Doha in a time of 12.34. 20-year-old Zoë Sedney from the Netherlands will join the fun as well. In the men’s 110mH race the favorite Orlando Ortega from Spain has previously run an absolute world-class time of 12.94 and will take on Koen Smet and Liam van der Schaaf in front of their home fans.

Femke Bol will close out the FBK Games with her 400m Hurdles. The 22-year-old from Amersfoort, the Netherlands has been a sensation to watch for the past two seasons and has been winning one medal after the other. The Bronze Olympic Medal in Tokyo must be her favourite so far. Bol takes on Shamier Little from the US. It’s Bol’s first 400mH race of the year. In the men’s race Dutch Ramsey Angela, who rose to fame after winning the silver 4x400m medal in Tokyo last year will take on Nick Smidt.

In the 3000m Steeplechase Olympic champion Peruth Chemutai from Uganda takes on Celliphine Chespol from Kenya. Chespol has been the holder of the World Junior Record for the past five years with a time under 9 minutes.

The German Malaika Mihambo is the reigning Olympic, European, and World Champion long jump, and with a PB of 7,30m almost unbeatable. This season she already jumped 7,09m so there is a big chance for Larissa Berezhnaya’s (UKR) FBK Games record of 6,88m from 1989 to be improved.

Stuntman Armand — Mondo — Duplantis from Sweden is standing alone on great heights in his discipline. He jumps world record after world record. The 22-year-old Olympic Champion improved his Indoor World Record in March to 6,19m and will return to Hengelo to see if he can improve on his world-leading jump of 6,10m from 2021 and the current FBK Games record. Menno Vloon and Rutger Koppelaar are the strongholds for the Dutch side.

The American Chase Ealey is in top form and the perfect contestant for Jessica Schilder from the Netherlands, who stunted by winning the Bronze World Indoor medal with a distance of 19.72m.

The Javelin event is stacked as well with most attention going to the battle between Johannes Vetter (GER) and World Champion Anderson Peters from Grenada. Vetter threw his Javelin an incredible 97,76m in 2020. Peters already set a 93,07m earlier this season. Or will Vetters fellow countryman Andreas Hofmann joint he fight with a Personal Best of 92,06m?