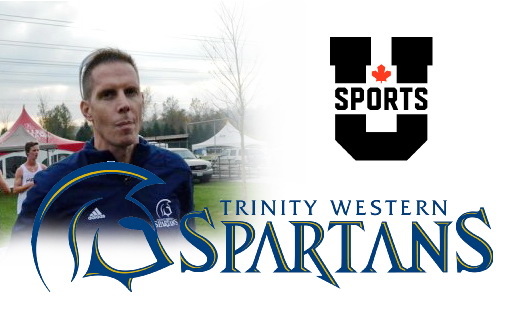 Mark Bomba, one of the best athletics coaches in Canada, is no longer in his position as coach at Trinity Western University as of Friday, April 13th,  one month before his annual contract was to be renewed. He is no longer directly coaching the Spartans athletes. He continues to teach at North Surrey Secondary

Bomba was not available for official comment on the decision as to why his contract as athletics coach was not renewed.

He was with the program for seven years. This makes two of the past three national women’s championship coaches no longer with their programs. The most recent was the University of Toronto’s Ross Ristuccia. Dave Scott-Thomas of Guelph continues to coach.

Bomba was partly or fully responsible for the rise of the Spartan’s teams, which included national U Sport cross country championships silver, won twice for the women, as well as a bronze. They were the Canada West champions four times. The men finished second once at nationals and were Canada West Champions that same year.

Bomba may be best known for getting the most out of individual talent including Declan White, Regan Yee and many others.

In 2015, Fiona Benson qualified for the IAAF World Track and Field Championships and earned a spot in the semi-finals of the 800-metre with a personal best time of 1:59.59 – she was the fifth Canadian all-time to better the two-minute barrier in the 800. She set outstanding new best in the 1500-metre distance, including a 4:05.24, also qualifying for international competition.

Bomba will continue to coach in the community as he has done with Benson, as well as Lisa Brooking, who rejoined the Spartans to finish her Master’s degree in Nursing. She went on to qualify for the 2017 IAAF World Cross Country Championships under Bomba’s direction and has continued to run for Canada now with Richard Lee with the BC Endurance Project.

As an athlete, Bomba won national championships in both the 10,000-metre distance and half-marathon in 2005.

He is a student of the sport and should be missed at Trinity Western.