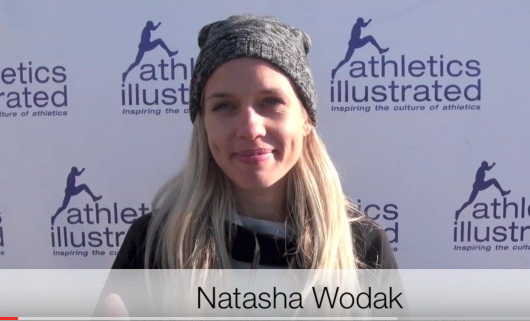 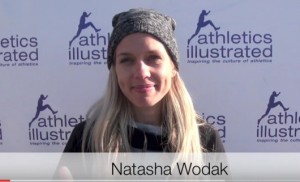 In regards to the language that provides a guideline for how Athletics Canada (AC) will or will not support an athlete as they train for international competition, there is one potential flaw that should force a reconsideration of either the spirit or purpose of the Athlete Assistance Program (AAP).

The issue is around an athlete’s ability to earn income while training outside of AC’s support program – it appears to not be a consideration. Should there be a maximum threshold considered so that funding can go to those who need it more? For example, Natasha Wodak, Canada’s all-time fastest 10,000-metre runner who was turned down for the meagre support of approximately $900/month would find the supplemental income important for her training leading up to the 2016 Rio Olympic Games, an event which she has indeed qualified for.

As she said on the Rob Watson Show, “this could have covered my rent.”

Meanwhile there is a *Canadian athlete who receives those same funds from Athletics Canada even though he signed a multi-million dollar endorsement contract in December of 2015. Wodak said that during her appeal process for those funds – while she was being considered – another athlete would be affected. According to Wodak there was approximately seven other athletes who also appealed their non-funding.

Wodak earns an income from her job as a server at a restaurant, so she could be on her feet for several hours during a shift. She also supplements her income by racing on the roads to earn prize money. Ironically, she is just getting over an injury, but could in theory face the reality of needing to race on the roads again to supplement her income. Every race affects an athlete’s training schedule, influencing their ability to peak at the right time. If Athletics Canada would like her to peak at the right time, therefore forsaking road racing income, perhaps they should support her.

During 2015 she chose to race the Payton Jordan Invitational in May, which is one of the few opportunities to compete over the 10,000-metre distance in a high performance situation, where athletes are not racing for position, but for time. It worked as she broke the 12-year-old national record that was held by Courtney Babcock from the same event. That particular race may or may not have influenced her ability to compete at her highest level during the 2015 IAAF World Track and Field Championships that Athletics Canada puts much weight towards.

The criteria appears to be fundamentally flawed in two specific areas:

Firstly, she has **qualified for the 2016 Rio Olympic Games with her 31:41.59 national record, so barring injury will be competing in that event, but somehow that performance is not good enough for her to receive funding in preparation for that very same event they identify as important, the Olympics. Due to her racing poorly at the 2015 IAAF World Track and Field Championships she has apparently not demonstrated championship form. One race is a snapshot, not the entire movie, hence their requirement to receive from an athlete or coach their training program.

Unknown to Athletics Illustrated is whether or not Athletics Canada found fault in the training and racing program and discussed the issues with said athlete or her coach in advance. Athletics Canada’s Head Coach Peter Eriksson did not respond to an email request for information.

Hopefully for her sake, she will not need to race on the roads in the lead up to Rio, to compensate for the money that Athletics Canada is not providing her with.

Second, Andre De Grasse, Canada’s current fastest sprinter signed a multi-million dollar contract with Puma. He is receiving the same funding that Natasha Wodak was denied, because he does qualify in terms of performance fully and completely. He is indeed a serious medal threat going-forward. He is young, so therefore is likely to perform at future IAAF World Championships and the 2020 Olympics. But the money doesn’t help him one iota. It is literally parking change for his car that will likely be worth more than Wodak’s annual income.

He is the NCAA division one champion in both the 100m and 200m sprints and won gold in both events during the 2015 Pan American Games that were held in Toronto. He is the Canadian record holder for the 200m and earned a bronze medal at the 2015 IAAF World Track and Field Championships in the 4 x100m relay. He is marketable, likeable and a good spokesperson for sport, but he is now wealthy; he doesn’t need the stipend.

De Grasse’s agreement with Puma is worth $11.25 million US. With bonuses, he could earn as much as $30 million.

The Puma deal is just one endorsement contract, which does not include appearance fees, prize money and any other source of income that may be made available to him.

Rather than debating whether Athletics Canada was justified or not in denying Wodak the stipend, based on the way the criteria is currently written, the crux of the matter is the criteria should be re-written so that athletes like Wodak who are qualified to represent Canada receive the necessary funding, while multi-millionaire athletes are (in all fairness) not taking that valuable support mechanism away.

*Estimate. Based on $900/month. Does not include any increase in funding or the apparent $1500/month that is made available under slightly different conditions. It is also not known whether De Grasse’s funding was cut-off as the current list of athletes indicate he is receiving funding under the NCAA program.