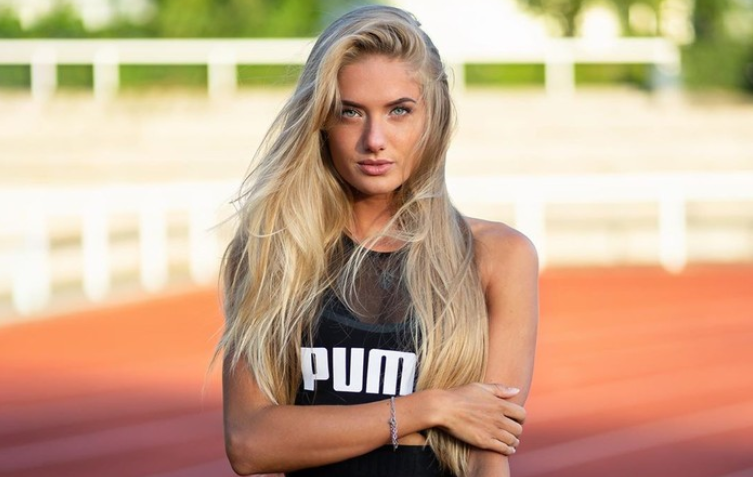 Forbes Magazine named German sprinter Alica Schmidt the “World Sexiest Athlete,” as did the pejorative Australian magazine named Busted Coverage — it’s yellow journalism. In a sport where performance is measured on pure speed or racing effort and tactics, the ranking based on looks sets the sport back a few decades.

The sport is rife with athletes confused about looks, weight, and mixed messaging from coaches who can be preoccupied over a few extra pounds.

Obsessive concerns over health, weight, and looks can lead to eating disorders. This may manifest in poor physical and mental health, and the results often end up being a condition called Relative Energy Deficiency in Sport or RED-S. Athletes training and racing while in RED-S suffer poor performance and other ill health effects. Looks aren’t everything and certainly, youthfulness is only temporary.

Putting the 24-year-old Schmidt on a pedestal based on her looks and not for performance on the track does nothing for the physical and mental health of athletes in the sport.

She is without doubt beautiful, its a very good start, but not everything……
Do not believe what magazines say Alica

She would likely prefer to be ranked number one on that list. Shaunae Miller-Uibo who is number one has run as fast as 49.11, which she accomplished at the Eugene World Athletics Championships.

“This title doesn’t mean anything to me. It’s based on a subjective opinion of someone else judging the appearance of a person. I like to think that beauty comes from the inside,” she said.

Contrary to what she said about the award, she does push the appearance narrative strongly on Instagram and has earned a good living by getting up to 3.3 million followers. Schmidt was also honoured with the Forbes Top 30 Under 30 list, which recognizes the top young people in media, sports, business, and show business.

The two are diametrically opposed, on the one hand, she pushes her appearance and is financially rewarded for doing so. This has garnered her acclaim and a more comfortable financial situation. On the other hand, the messaging to all the other athletes coming up through high school and college levels doesn’t talk about dedication or performance or goals. Forbes could have simply given her the Top 30 Under 30 accolade and been done with it.

It would be clearly implied with the latter award how and why she is a Top 30 candidate.

Meanwhile, she will be wanting to push the pace narrative and get her times closer to 50-flat to perform well in major global championships.