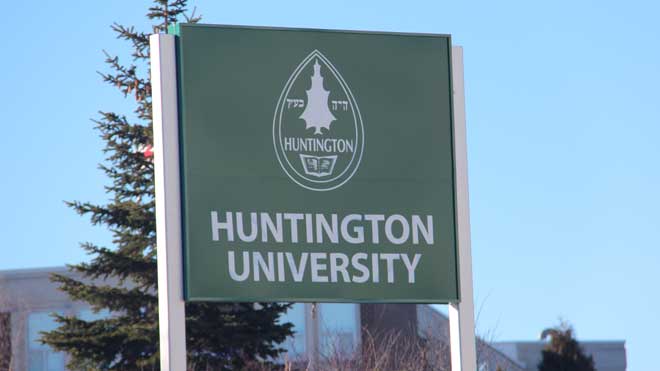 Allegations and a civil suit against Nick Johnson, former Huntington University coach, were launched accusing him of having sex and raping at least two of his athletes. He is also accused of luring to take a teen across state lines (for the purpose of sex).

Due to what the athletes believe to be forced doping — who happen to be multi-time NAIA national champions — are asking that their performances be annulled.

The allegations have rocked the running community.

Nick Johnson has deserved to burn for years. Made my first year on @OregonTCElite absolutely awful. All of this is so bad, it’s wild there hasn’t been more about this. I can’t emphasize this enough, fuck this guy. And you too @JohnsonRunning.

A coach rapes women, sexually abuses a minor, injects athletes with drugs & the school ‘fires’ the coach & hires his wife…

Everyone needs to be fired:https://t.co/fRLcNo4SGT

However, apparently, his wife Lauren Johnson was okay with it, having known, did nothing, and then took on the job as coach when her husband was fired. Apparently, the university did nothing further.

The athletes that have come forward are Emma Wilson and Hannah Stoffel. Lauren Johnson (Nick’s wife) is a former runner for Oregon Track Club Elite and the Boston Athletic Association. She represented the US in the 1500m during the 2015 World Athletics Championships.

Stoffel says that the coach referred to the injections as carnitor, a diet supplement used to treat low blood levels of carnitine. Carnitine is an amino acid that converts fat to energy. Injecting it is banned by the World Anti-Doping Agency. Apparently, Mo Farah and Galen Rupp were being investigated or questioned during the 2012 London Olympics for alleged use of carnitine administered by Nike Oregon Project coach Alberto Salazar, who was eventually banned from coaching.

Allegedly he had already pled guilty to a felony charge after he admitted to impersonating a University of Oregon staff member so he could take a teen athlete on a trip. The teen told police many sexual acts took place. Johnson admitted to having sex with two other athletes and Lauren Johnson his wife admitted she did not tell anyone at the university as she did not want to lose their jobs. She is now the head coach of Huntington.

Nick Johnson, is a former Oregon Track Club Elite assistant coach. He admitted guilt to identity deception in 2021 and served 30 days out of his two-year sentence.

Huntington University staff allegedly complicity by way of apathy. Lauren Johnson is complicit for not doing anything about it.

On the so-called recruitment trip, Johnson and the athlete spent time in bed naked together, however, she does not say that sex necessarily happened. He admits to grinding and kissing.

Huntington University is part of the Council for Christian Colleges & Universities. The teams are called the University of Hungton Foresters is a member of the National Association of Intercollegiate Athletics (NAIA), as well as the Crossroads League, a conference of private Christian colleges in the Midwest.

The right thing to do at this time is for the Crossroads League and the Christian Council is to publicly denounce the alleged behavior and suspend the university’s participation in athletics. Should the allegations and civil suit prove true in court, the NAIA needs to do the same and at least any staff at the university who was aware of these alleged crimes needs to be fired from their job. UNtil the suit is complete, Lauren Johnson needs to be removed immediately as head coach.

Nick Johnson is a 35-year-old former coach at Huntington University, he was hired in 2018 and fired two years later. Johnson grew up in Huntington and ran for the Foresters.

Johnson graduated from Huntington University in 2009 and was inducted into the HU Athletics Hall of Fame in 2017. His removal from the hall should follow.

Lauren Johnson is also 35. She is the first female coach to head the University of Huntington athletics teams.

She represented the US in the 1,500m at the 2015 World Athletics Championships that took place in Beijing. Lauren was also inducted into the HU Athletics Hall of Fame in 2015 and will need to be removed.

For $1 US dollar, read the entire damning article at the Indie Star that was written by David Woods.