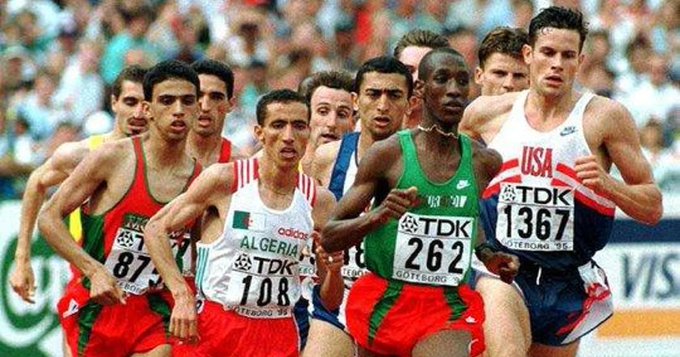 Former middle-distance runner, Paul McMullen, died during a ski accident. Few other details are available about the 49-year-old Michigan native.

He is originally from a town in Michigan called Cadillac. He went on to compete for Eastern Michigan University. While there he became an eight-time NCAA All-American for the Eagles.

One thing that amazed me about Paul was his passion for competition. Didn’t matter if it was EMU vs. UM or a world championship final…he was relentless and fearless when he raced, and that passion bled over into everything else he did in life. 1/2 https://t.co/UgXPJpqrim

Tributes pour in over social media

Nick Willis tweeted, “We drive through Cadillac, Mi about 30 times a year, and everytime I think about Paul McMullen–the 1500m Olympian who grew up there. Terribly sad to learn of his passing today. I was fortunate to train with Paul for two seasons. One of a kind. Very sad. He will be dearly missed.” @nickwillis

Paul McMullen was bigger than life. A monster on the Track, the biggest personality in the room, & a friend to all. Paul always took time to be inspiring to others. Here is Paul with our State Record 4×800 team before their race in 2012. Thank You Paul, you will be missed. pic.twitter.com/uibbaHbRzM

“I am devastated to share the news that EMU Olympian Paul McMullen passed away yesterday from a skiing accident. Paul visited my dad last Thursday and was like a son to him. He was such a great person – always upbeat and positive. Sending deepest condolences to his family.” Sue Parks @SueP329