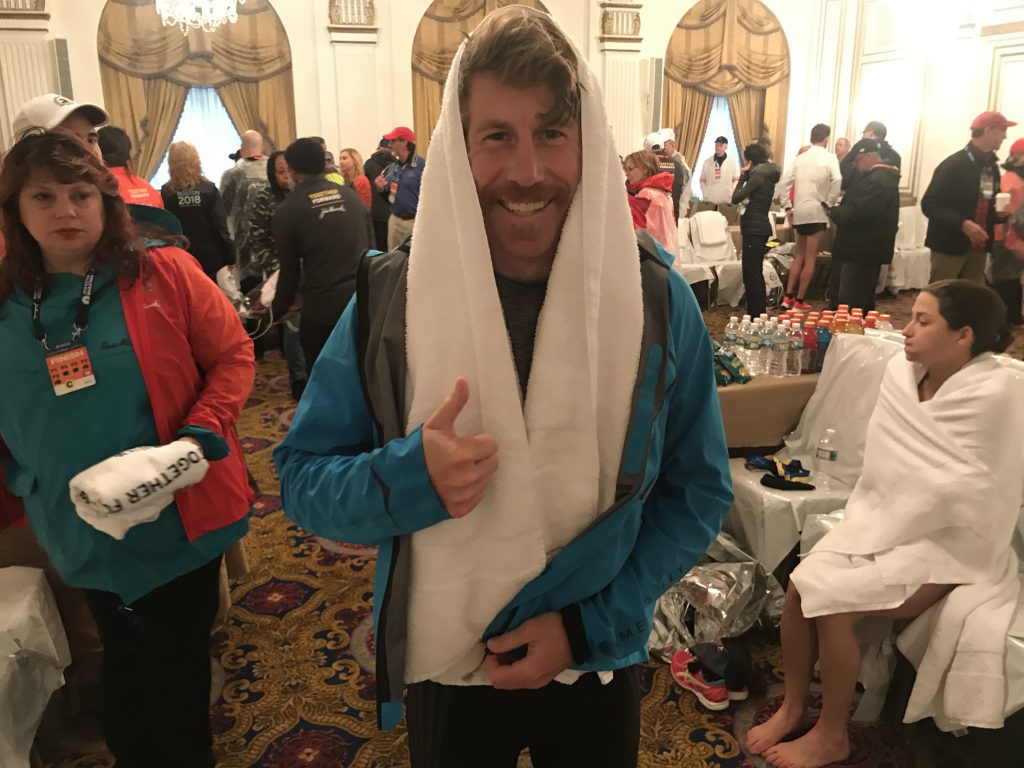 Scott Smith, one of the founding members of Northern Arizona Elite, announced his retirement yesterday on Instagram. Smith, along with current team members Ben Bruce, Stephanie Bruce and Kellyn Taylor, was part of the group’s original roster of nine athletes in 2014. Over the next eight years, Smith would become one of  America’s top marathoners, represent the United States at the World Championships, and break the 2:10:00 barrier at the age of 34.

Smith graduated from UC Santa Barbara in 2010 after a collegiate career that saw him break school records at 5,000 meters (13:56.72) and 10,000 meters (28:35.71). After graduation, he joined the adidas McMillan Elite professional team in Flagstaff, Ariz. where he was coached by Greg McMillan. During that time he finished third at the USATF Road Mile Championships, ran 22:47 for 8k, 44:01 for 15k, and 47:12 for 10 miles–proving he had a future in professional running. He made his marathon debut in 2013 at the California International Marathon, finishing fourth in 2:16:04.

In January of 2014 Smith joined Northern Arizona Elite where he reunited with former McMillan Elite teammates Bruce, Bruce, and Taylor. His first marathon for the new team was the USATF Championships at the 2014 Twin Cities Marathon where he finished third in 2:14:40. That mark earned Smith a spot at the 2015 World Championships in Beijing where he was 28th place. In 2016, Smith competed at the United States Olympic Trials in the Marathon and in the 10,000 meters on the track, finishing 14th in both races. The following year he lowered his marathon personal best to 2:12:21 en route to an eighth-place finish at the Mainova Frankfurt Marathon. In 2018, he posted his best ever finish at a World Marathon Major when he placed sixth at the Boston Marathon in historically bad conditions. The fall of 2019 saw him lower his best yet again when he ran 2:11:14 at the Bank of America Chicago Marathon. He competed in his third Olympic Trials a few months later, finishing 19th. In December of 2020, at the age of 34, he set his lifetime best in the marathon, running 2:09:46 at The Marathon Project in Chandler, Ariz.

Smith spoke to his teammates on Monday and reflected on his time in Flagstaff.

“I told the team that this part of my past will always be a significant part of my future. While I am indeed excited for my future I will miss being a part of this team immensely. I am so thankful to Ben Rosario and Jen Rosario, all of my current and former teammates, my family and friends, and my wife, Nicole, for all their help and support along the way. And countless others.”

HOKA NAZ Elite coach Ben Rosario said that Smith helped shape the NAZ culture and that he will be remembered for much more than his race results.

“Scott personifies what our team has been about for these last eight years. Performance-wise, he came in as a bit of an underdog, but he believed in himself and our program and was willing to find out how good he could be. Turns out that was pretty darn good. But his legacy for us will be how he treated others, how he wanted success for his teammates just as badly as he wanted it for himself, and how he made those around him better. As we move forward into this next phase of HOKA NAZ Elite where we bring on the very top runners from the NCAA, we hope to honor that legacy by passing on what we learned from Scott to every new athlete that joins our team.”

At the team’s end-of-year banquet on Monday night, the coaching staff created and named an award in Smith’s honor, the Scott Smith Teammate Award, to be given out every year to the athlete that best represents what it means to be a HOKA NAZ Elite teammate.

Smith did leave the door slightly open for a return to competitive running.

“My time here has come to an end. It’s a retirement with a soft “r,” Smith said. “So I’m not sure what running holds for me, but for now it feels pretty darn nice to just jog two miles every morning with the dogs.”

About HOKA ONE ONE®
HOKA ONE ONE® is one of the fastest-growing performance footwear and apparel brands in history. Conceived in the mountains, HOKA footwear delivers an unprecedented combination of enhanced cushioning and support for a uniquely smooth ride. Every day, HOKA pushes the innovation and design of its footwear and apparel by teaming up with a deep roster of world champions, taste makers and everyday athletes. From finish lines to everyday life, HOKA fans love the brand for its bold and unexpected approach, and its belief in the power of humanity to create change for a better world. HOKA empowers a world of athletes to fly over the Earth. For more information, visit hokaoneone.com or follow @hokaoneone. #TimeToFly

About Deckers Brands
Deckers Brands is a global leader in designing, marketing and distributing innovative footwear, apparel and accessories developed for both everyday casual lifestyle use and high performance activities. The Company’s portfolio of brands includes UGG®, KOOLABURRA®, HOKA ONE ONE®, Teva®, and Sanuk®. Deckers Brands products are sold in more than 50 countries and territories through select department and specialty stores, Company-owned and operated retail stores, and select online stores, including Company-owned websites. Deckers Brands has over 40 years of history of building niche footwear brands into lifestyle market leaders attracting millions of loyal consumers globally. For more information, please visit www.deckers.com.