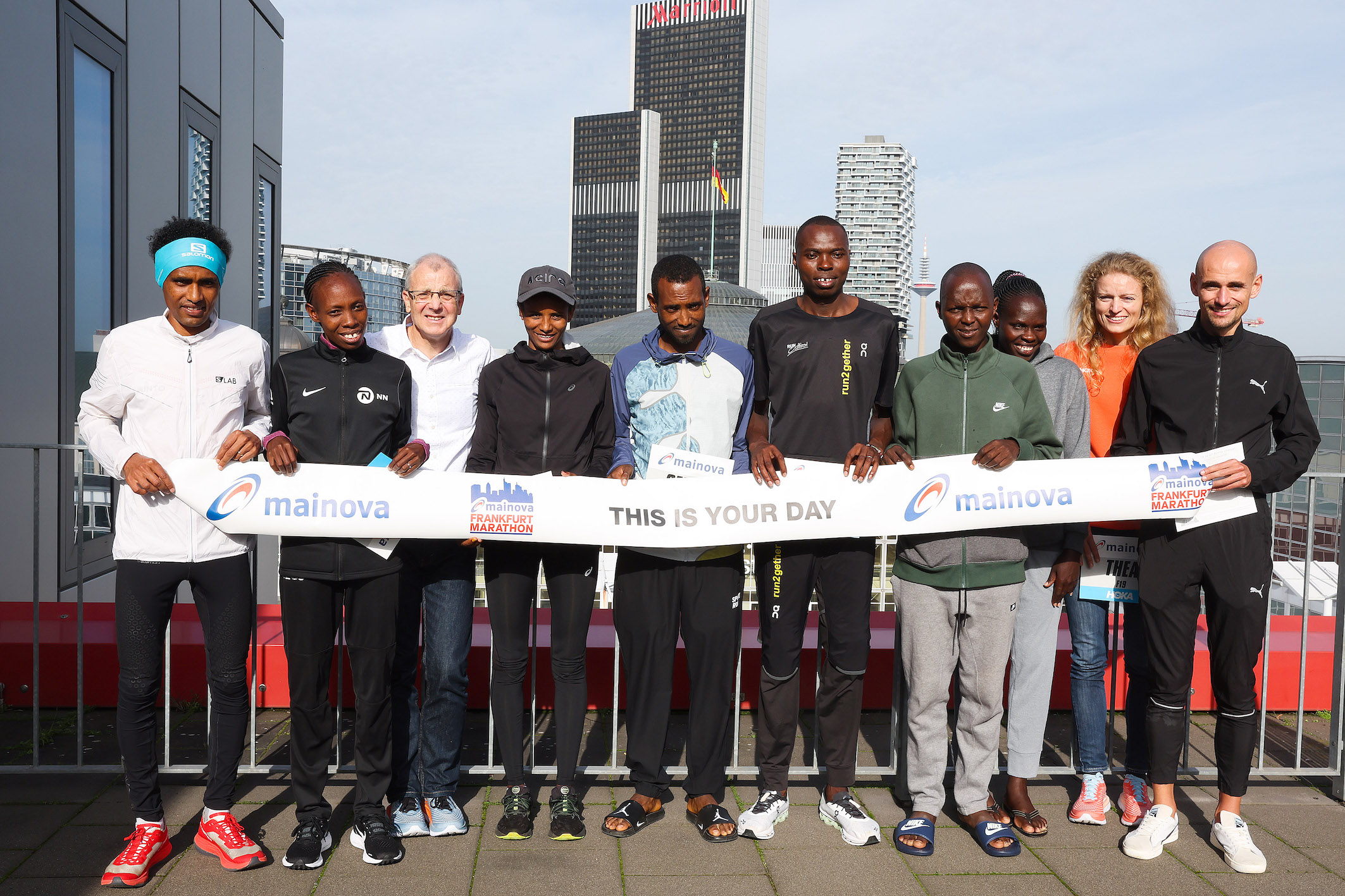 Weather conditions look very good although it may become warm towards the end of the elite races. The Mainova Frankfurt Marathon is an Elite Label Road Race of World Athletics, the international athletics federation. A live stream can be accessed on the event’s website at: www.frankfurt-marathon.com , however, this will not be possible in territories where there is live TV broadcast.

Back in 2019, it was a woman who produced the highlight of the Mainova Frankfurt Marathon: Kenya’s Valary Aiyabei established the course record of 2:19:10, which was the first sub-2:20 time in the history of the race. It could well be the women’s race again that stands out on Sunday. Selly Kaptich is ready for a very fast race. “I am confident that I can run a sub 2:20 personal best and I want to attack the course record – that is what I am here for,“ said Selly Kaptich, who heads a field of eight women with personal bests of sub 2:25. The former track runner mentioned a halfway split time target of 69:00, which caught Christoph Kopp, Frankfurt’s Elite Race Coordinator, by surprise. “We had not heard about these plans from her management. However, if she really wants to go that fast we will rearrange pacemaking to support her,“ said Christoph Kopp.

Fellow Kenyan Helah Kiprop travelled to Frankfurt with a PB of 2:21:27. The marathon silver medallist from the World Championships 2015 ran this time in Tokyo in 2016. Earlier this year she showed fine form again with a 2:24:10 victory in Copenhagen. The 37-year-old has competed in the Mainova Frankfurt Marathon back in 2014 when she was fifth with 2:27:14. „I am happy to be back here. In 2014 I ran a PB in Frankfurt, so I hope to do it again here on Sunday,“ said Helah Kiprop.

Yoshi Chekole is the third woman in the field who has a PB of sub 2:22. The Ethiopian improved to 2:21:17 in Sevilla this February. “My goal is to run a personal best on Sunday and to finish in the best position possible,“ said Chekole, who prepared for four months for the Mainova Frankfurt Marathon and feels she is in fine form.

Gebru Redahgne is a newcomer to running at the international level. The Ethiopian only competed outside his country for the first time in 2021. This spring he improved his personal best to 2:05:58 in Barcelona, the second marathon of his career. Redahgne is seeking to run even faster on the Frankfurt course which is renowned for speedy performances. “I’ve trained well and want to break my personal best,” he said, confidently. The plan is for pacemakers to ensure the first half of the race is run in 62:45. “Gebru is not only the fastest but also the youngest on our list. It all adds up to making him the pre-race favourite. If the result is a time under 2:06, I’ll be delighted,” said Christoph Kopp.

One Kenyan is returning for his fifth attempt at winning the Frankfurt title: Martin Kosgey has deservedly earned the title of “Mr Frankfurt” with his consistently outstanding performances. He has twice finished runner-up in the Festhalle (in 2016 and 2018) and fourth on another two occasions (2017 and 2019). He ran what remains his personal best here in 2018 with 2:06:41. “I shall definitely run in the leading group. A new personal best and also victory are possible,” said the father of three with high expectations. “Frankfurt is like a hometown for me. I feel good, being here.”

His 29-year-old compatriot Charles Ndiema has a current personal best of 2:08:12, achieved this April in Vienna. His story of how he discovered the Frankfurt Marathon is unusual but reflects the modern age: watching the race on YouTube three years ago created a long-term goal for him. “I’m ready to run fast and stay at the front as long as I can,” said Ndiema. One absentee will be the Ethiopian Betesfa Getahun, originally listed on the start list as the fastest in the men’s field with 2:05:28 but he cancelled his participation at short notice.

Germany’s Hendrik Pfeiffer intends to break his personal best of 2:10:18 and hopes to achieve a sub-2:10 time on Frankfurt’s fast course. He was a member of the German marathon team which took the silver medal in the team event at the European Championships in Munich this summer. Pfeiffer finished 24th in the individual event. Another German, Filimon Abraham, targets a sub-2:10 time as well. He dropped out in his debut marathon in Hamburg this spring. For the two German runners the qualifying time for the 2023 World Championships of 2:09:40 could become a target as well.