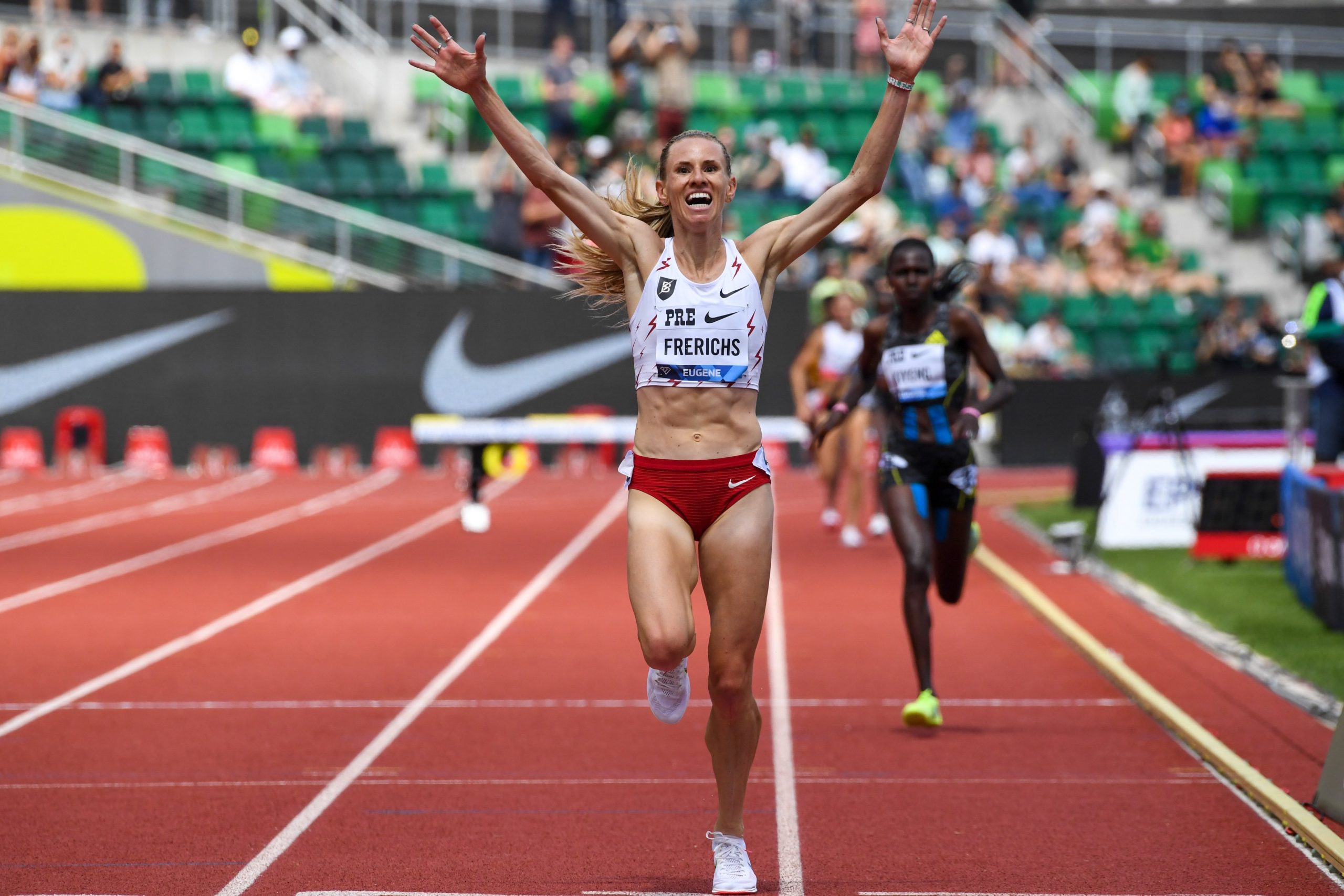 Nixa, Missouri’s, Courtney Frerichs, took second at the Prefontaine Classic 3000m steeplechase on Saturday. She finished in the time of 8:57.77. The performance is a new national record and is the first sub-9:00 for an American. Frerichs improved upon her own record of 9:00.85 from Monaco 2018.

She is coming off a silver medal performance from the Tokyo Olympic Games where the 28-year-old clocked a 9:04.79 performance.

The race got off to a quick start with the runners keeping ahead of the Wavelight pacing technology which was set at a 9:00 pace. The first km was clocked at 2:55. The athletes slowed for kilometre two, then Jeruto took the lead as the rabbit retired from pacing duties.

Jeruto, who recently changed her nationality to Kazakhstan (not official at this time), began to attempt to drop the field. Frerichs was game.

Frerichs had run with the front pack early in the race now took the lead with four laps remaining. She maintained her position with three laps to go and was leading still at the bell. It was a courageous effort. Jeruto hammered the final lap for the win.