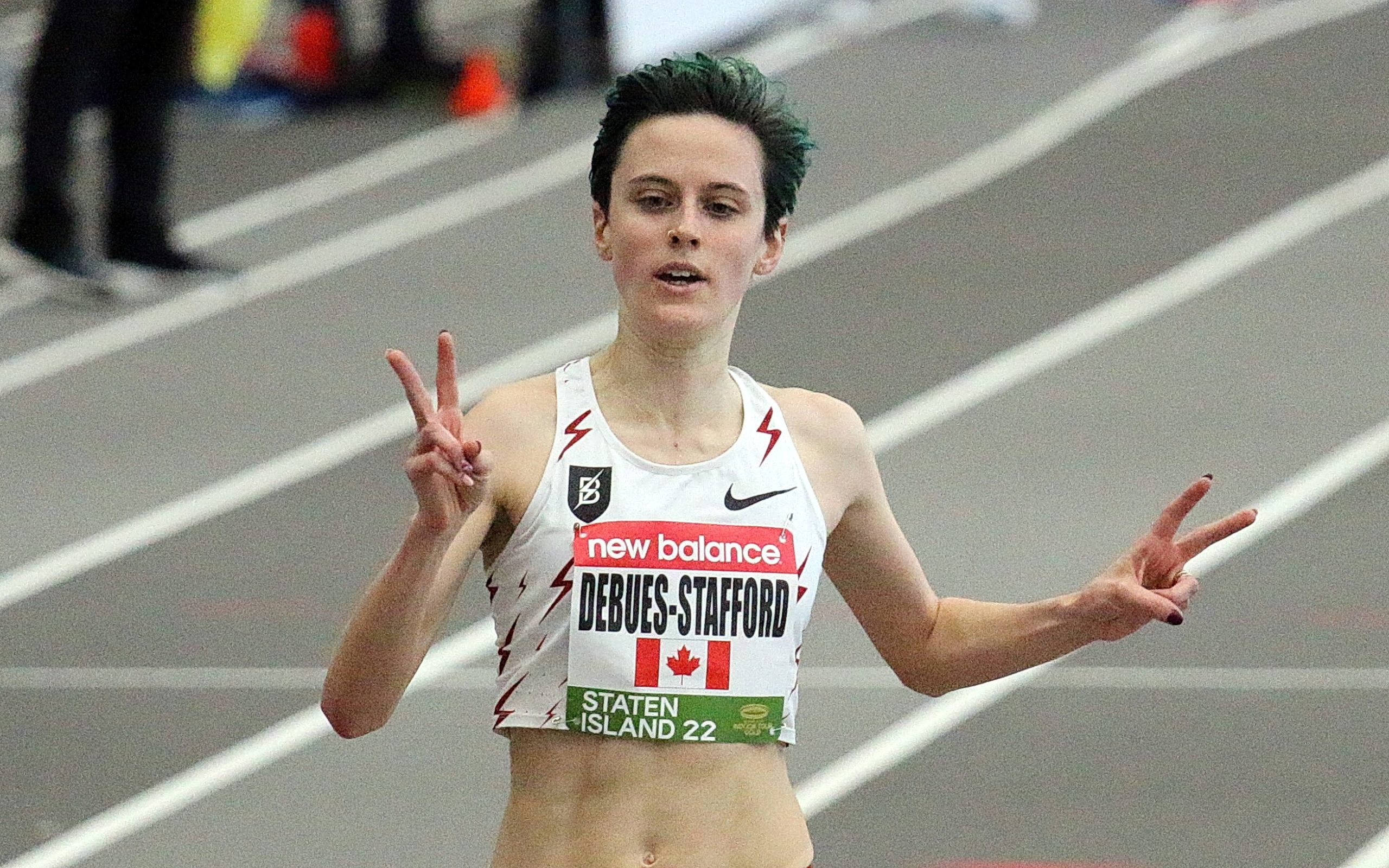 Less than a week after breaking the Canadian indoor 3000m record, Toronto’s Gabriela DeBues-Stafford took down the Canadian indoor 5000m record. She clocked 14 minutes, 31.38 seconds to improve upon her own national record of 14:57.45 from 2019. The race took place at the David Hemery Valentine Invitational meet at Boston University.

This performance is also the North American fastest time. She bettered Shalane Flanagan’s current American record. Flanagan is her coach with the Bowerman Track Club (BTC) in Portland.

Elise Cranny clocked a 14:33.17 personal best for second place. Courtenay Frerichs took third in the time of 14:48.75. All three are with BTC.

DeBues-Stafford’s fastest 200m splits were her final five, with the last at 30.81, demonstrating great closing speed as she did during her 3000m record performance.

The current indoors world record was set by Ethiopian Genzebe Dibaba at 14:18.86 in Stockholm in 2015. DeBues-Stafford’s performance is the sixth-fastest all-time. Konstanze Klosterhalfen of Germany is the only active athlete faster than DeBues-Stafford in the 5000m indoors event. In 2020, Kloserhalfen ran 14:30.79 in Boston. The 24-year-old was in Nike’s other club Nike Oregon Project but was shut down due to Alberto Salazar’s ban from coaching. Klosterhalfen is currently coached by Salazar’s replacement Pete Julien.

Perhaps DeBues-Stafford’s indoor performances are a foreshadowing toward some remarkable outdoor performances this spring and summer. Her best over the outdoor 5000m distance is 14:44.12, fast, but only the 374th fastest performance all-time. It is the Canadian national record.