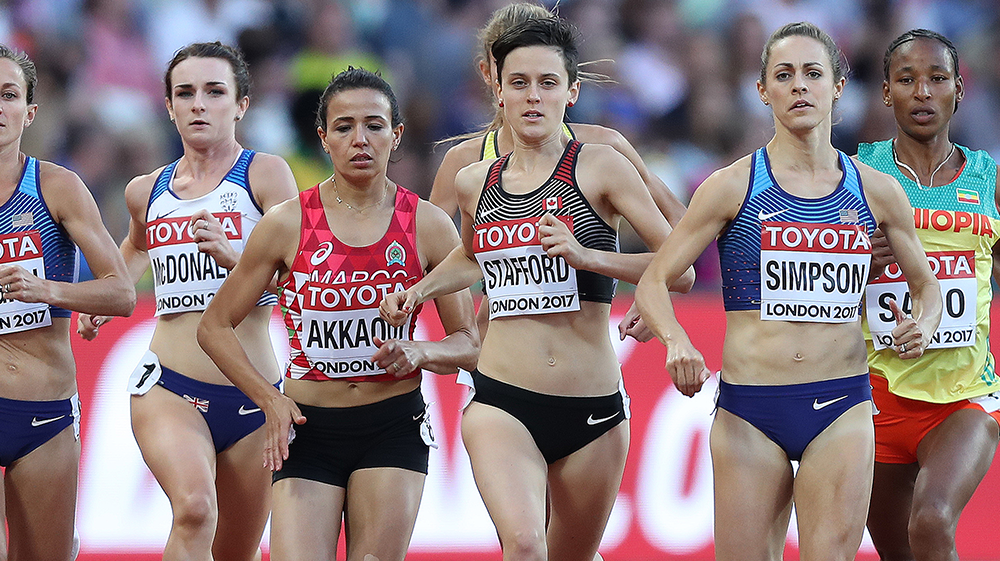 Saturday, Debues-Stafford ended a nine-month-long campaign of national records that can be described as career-defining.

In August, she became the first Canadian to break the four-minute barrier in the 1500m distance by running 3:59.59. The metric mile records happened during meets in London and Zurich. The mile record happened in Fontvieille, Monaco.

Twice she bettered the outdoors 5,000m record with a 14:51.59, then a 14:44.12 performance in May and September, respectively. The first record took place in Stockholm and the second in Brussels, all five outdoor national records happened during Diamond League meets.

Asked if this record-breaking spree was within her expectations for 2019, she told Athletics Illustrated, “I would not say that I expected to run national records this year, certainly I didn’t expect to lower them as much as I did, but running a sub-4-minute 1500m was a big goal of mine, and I thought it was an achievable goal the longer the year went on.”

Asked what she thought about her potential, moments before the gun sounded in that final in Doha, she said, “I was shocked when I ran 4:01.0 in the semi-final in Doha because I felt so relaxed and smooth in that race. If 4:01 felt so relaxed, I knew I had a big PB in me, maybe a 3:57-mid. But to run a 3:56-low, in a world final, where races are usually slow and tactical? That possibility did not cross my mind, other than a passing thought of, “Wouldn’t it be funny if…”

That race and 2019 as a whole are what dreams are made of. Accomplishing it is something else.

“I took the lead for the first 200 because I didn’t really have anywhere else to go, but that served me well when Sifan took the lead at 250m because I just hopped on the train and didn’t let go. I knew the pace was fast because I had to really focus on not letting a gap open. The last lap was a blur. I believed I could get a medal the whole race until the last 90m, when I started tying up and other girls pulled out yet another gear. But I can’t complain with that race. Maybe my positioning could have been slightly better in the last lap, but I was running so far beyond what I had run before (3.3 seconds faster) I don’t think it would have been the difference between 6th and a medal, maybe just the difference between 3:56-low and 3:55-high.”

And that would have put her right in the middle of two of the best known 1500m runners in the world, American Shelby Houlihan and Scot, Laura Muir.

Now that the world championships and this long record-breaking year is done, she will take what she referred to as a “nice break” with family in Toronto.

“I’ve spent some time in Glasgow with my husband Rowan and will spend some time in Toronto with my family for Thanksgiving.”

Canadian track fans don’t have long to wait to see Debues-Stafford go at it again because track starts up in three short months and the 2020 Tokyo Olympic Games are just nine months away.