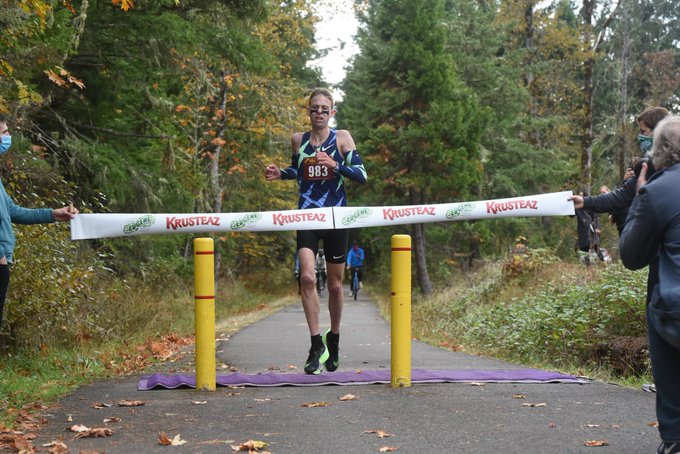 American Galen Rupp won a half marathon Friday in the time of 60:22. Also in the race was Suguru Osako.

It was widely predicted that Rupp was going after Ryan Hall’s national record 59:43 that was set during the 2007 Houston Half Marathon, however, 10 miles (16.2K) into the race it was apparent that he was not. He ran almost the entire way at the same controlled pace, over the out-and-back course.

The Eugene Marathon organisers set the course and ensured that it is certifiable for standards and records.

Rupp won the 2020 U.S. Olympic Marathon Trials in February in Atlanta. He is the 2012 London Olympic silver medallist in the 10,000-metre event and the 2016 Olympic bronze medallist in the marathon.

He finished in 61:15, two seconds off his own personal best.