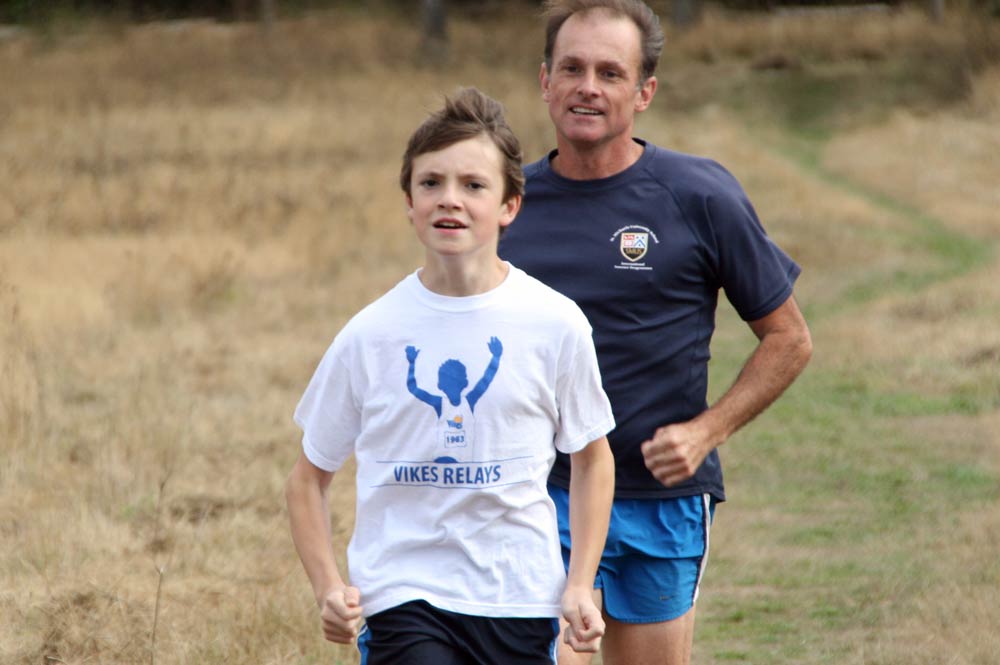 Gary Barber is a physical education teacher with over 30 years of experience. Currently, he teaches at St. Michael’s University School (SMUS). Barber has written three books on the sport of running – one, sells worldwide. It was written for parents of children who are faced with learning challenges and is titled, Different Needs Different Speeds; Teaching Sport to Every Child. Additionally, he operates a running club for kids that do not have mainstream learning abilities, called Islanders Running Club.

Barber was an elite-level runner who represented Canada in middle-distance events. He competed in the Commonwealth Games and owned the British high-school mile record for decades. Below, he shares his memories from the early days of the Victoria Track Classic.

Christopher Kelsall: The Victoria Track Classic is celebrating its 25th anniversary this year. You competed in the event during its early days. Do you have fond memories of competing at the Classic?

Gary Barber: The first International Track Classic had one of the greatest gatherings of track athletes ever assembled in Victoria (other than the Commonwealth Games). The newly formed Victoria International Running Society did a brilliant job promoting the event. Mike Creery, Ron Bowker and Brent Fougner, along with the outstanding support of B.C. Athletics, managed to attract great athletes, coaches, and guest speakers. I remember meeting Harry Wilson who was the coach for Steve Ovett. Wilson gave a fascinating presentation about Ovett’s preparation for the  Moscow Olympic Games where he won the 800m. I have also introduced to Gordon Pirie a  legendary British runner who had broken countless world records over 5000m in the 1950’s.  Pirie told me he used to do a session of 80 x 400m on the track followed by a 20-mile warm-down; he was running more in one session than I was running in a week!

Athletes like Peter Rono – who would win the Olympic Games 1500m a few weeks later, Sydney Maree, the former World record holder for the mile, plus most of Canada’s national team – especially in the distance races – attracted a huge crowd.

The stadium was absolutely packed and the atmosphere electric. I remember watching Paul Williams battle Sydney Maree in the 3000m. It was great to see Deb Bowker (Scott) having yet another brilliant run against Lynn Williams and Patti-Sue Plummer. The final event of the evening was the 1500m and Dave Campbell and I planned to give the crowd something to cheer about. I had run 3:41 for 1500m a few weeks before and felt that I could run faster. Unfortunately, I picked up a heavy cold a few days before and realised that I wasn’t going to perform to a standard that would defeat such amazing runners. The 1500m started out very slow with no-one wanting to set the pace. I knew that I was struggling and so decided to help Dave Campbell out. I picked up the pace and Campbell tucked in behind me. With 300m left Campbell kicked by and I made a swift move to the back of the field! The noise from the crowd was deafening as Campbell held off the fast-finishing Peter Rono.

The following year, the Track Classic was a smaller event but still managed to attract some great athletes. I finished third in the 1500m and managed to beat Ray Flynn who had run a mile in 3:49 a few weeks before.

CK: Perhaps with the advent of the National Track League, as well as this year’s meet, being the finale of the league, will bring some of that electricity back into the stadium!

GB: Years ago, the track meet received extensive promotion and coverage from the local Times Colonist newspaper. For weeks they ran full-page articles featuring the athletes and their achievements. The crowds came out in their thousands and they were clearly well-informed and appreciative of the performances. I don’t get the sense that the level of promotion is the same as years ago. I think if the organisers were to time this event just after the Prefontaine Classic (in Oregon), they might attract some very high calibre athletes. I certainly wish all the best for the track meet and hope that it will inspire the next generation of young track athletes.

CK: You have written three books on sport, one of them is Different Speeds Different Needs. Who is the book targeted to?

GB: I have two sons – Michael and Colin – and when they were young, they were diagnosed with autism. I wanted them to be active little boys but community sports programs could not meet their needs. I decided to set-up my own program – Islanders Running Club – and it quickly attracted lots of kids who had experienced difficulties in sports. My approach was quite simple when kids feel the coach likes them, and that the program is a safe and accepting place to participate, then the kids will want to come back for more. After a few years, I decided to write some of my ideas about how sport can be presented to children who think and behave in different ways. I wanted parents to use the book as a resource to advocate for their kids, and for teachers and coaches to know how to support kids who have different needs and challenges. The book was picked up by Paul Brookes Publishing and has been sold all over the world.

CK: Your son Michael is running well. Not to put any pressure on him, but is he demonstrating the passion you have had for running?

GB: As a teacher I have always believed that no matter what challenges a child has, everybody has the potential to find success.  When Michael received the autism diagnosis we did not know what impact it would have on our lives.  I decided that rather than viewing our family as victims of a diagnosis, we would attempt to do all the normal things families do; involving the boys in sport was one of them. Michael has developed a deep love for running, so much so that he has an encyclopedic knowledge of all distance races, records, runners since the 1950’s!  He recently won the Victoria Middle Schools 400m, 800m and 1200m and has broken the record. I can still handle his speed, but I think this is my last year!

Life may continue to present struggles for kids like Michael and Colin, but their involvement in running is giving them the self-confidence and personal resilience to overcome challenges.

CK: Perhaps you are giving them the chance to get an opportunity to hear the roar of the crowd one day too?

GB: A few months ago Michael was invited to give the opening remarks at a presentation that was promoting the Rob Reid inspired: “Rift Valley Marathon.”  This for him was like winning the Olympic Gold medal; he had the opportunity to talk to a crowd of over hundred athletes about the great Kenyan runners and how they inspire him to run. The applause from the crowd and the smile that came over his face was heart-warming. Michael was presented a Kenyan shield by Rob Reid and John Carson; it is now proudly displayed on his bedroom wall.