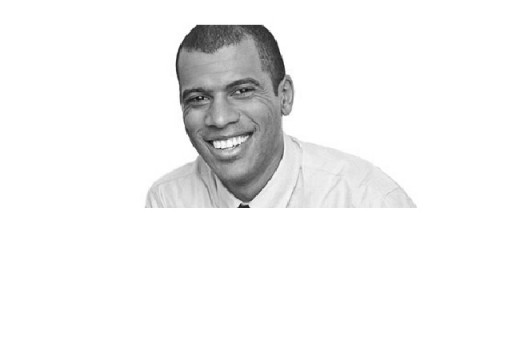 The 2013 edition of the annual Victoria Track Classic is celebrating its 25th year on Friday, July 5th at the University of Victoria’s Centennial Stadium. One of the meet’s (and Canada’s) most talented veterans Gary Reed will be there, not as an athlete, but as a fan of the sport. “I will cherish my Victoria days forever,” said Reed, upon reflection of his time in the city as an elite competitor. The main event and the finale will be the “Gary Reed 800m” race, to honour his accomplishments and dedication to the event.

Reed competed in nine Victoria Track Classics and set the event record for the 800m, with his 1:45.66 performance from the 2008 edition. When asked about his Victoria Track Classic record-breaking performance he said, “That race was very special for me. I had struggled through that year with loads of injuries. The race marked the first time I had felt decent in months. I had always loved to challenge and push my body in races, but through the early season, I just could not find form. That race was special being at home and going through the bell lap I really did feel the crowd lift me and that combined with a somewhat decent level of fitness made it very exciting for me to race that night.”

Reed retired in 2011 to work in real estate in Vancouver and set up the Reed Athletics Fund. The RAF mission is to provide support to Canadian men and women attempting to participate in the Olympics and World Championships in the sport of track and field (“athletics”) during the developmental phase of their sporting careers.

The hallowed stadium track has seen many international-level performances over the years. One of those events saw the legendary Grete Waitz of Norway run two of her first professional races in Canada. At that time, in the early 1970s, she was Grete Anderson and still a teenager. She went on to compete in the 1972 Munich Olympics as a nineteen-year-old, and later won nine New York City Marathons, which is more than anyone in history. She held world records in the 3000m and the marathon, but before all that she ran at Centennial Stadium contesting the 800m and 1500m distances during the final of a three-nation meet between Norway, Sweden and Canada.

Not long after the three nations meet, a five-nation meet between Canada, USA, Japan, Australia, and New Zealand on July 7th 1973 took place in Centennial Stadium. The great John Walker of New Zealand achieved his first-ever sub-four-minute mile here. Walker went on to run the most sub-four-minute miles in history. He is knighted and is generally considered the greatest miler/1500m runner ever. “Victoria brings back memories where I ran my first sub-four-minute mile and took eight seconds off my personal best time. That mile was the start of many. I ended up running 128 sub-four-minute miles altogether. But the first will last forever,” said Walker when asked about the event.

The 1994 Commonwealth Games took place in Victoria, which provided many highlights including hometown favourite (by way of Brandon, Manitoba), Angela Chalmers’ gold medal performance in the 3000m distance. She is the only women to defend the 3000m title in the Commonwealth Games. Chalmers had also won a bronze medal in the 1992 Barcelona Olympic Games. Right behind her was fellow Canadian and Victoria resident Robyn Meagher. The two took gold and silver that day and their race was considered a signature event of those games. “”It is a great feeling to perform at home with such enthusiastic support. I felt the big hand of the crowd pushing me along,” said Meagher.

In 2011 Kamloops, BC native and three-time Olympic shot putter Dylan Armstrong set the Victoria Track Classic and National Track League record with his 21.36m effort, which was also a world-leading distance for the year. He is the defending Commonwealth and Pan American Games champion. Armstrong came close to medalling in the 2008 Beijing Olympic Games finishing a heartbreaking fourth overall. In London, at the 2012 Games, he finished fifth, while harbouring an elbow injury. Armstrong still holds the national shot put record.

Armstrong happens to be a former roommate and good friend of Reed’s, who is also from Kamloops. Reed rose to world prominence with a fourth-place finish at the 2008 Beijing Olympics in what is arguably the most competitive and closely contested event in all of track and perhaps of all the Olympic sports, where a second on the clock is an eternity and a poorly-timed flinch can mean the difference between medalling and gaining immortality or miring in anonymity forever. Reed is far from anonymous as his Canadian record of 1:43.68 is in-tact as is his silver medal performance from the 2007 Osaka IAAF World Track and Field Championships, where he was up against the same Olympic competitors, but under a slightly smaller spotlight. Reed was also the six-time national champion.

Regardless of the greatness that Reed aspired to elsewhere, Victoria continues to hold a special place in his athletics memories, “Some of my most memorable races were under the lights at home. This crowd has a unique appreciation for the sport and has always made the local athletes feel their support. I love Victoria,” shared Reed.