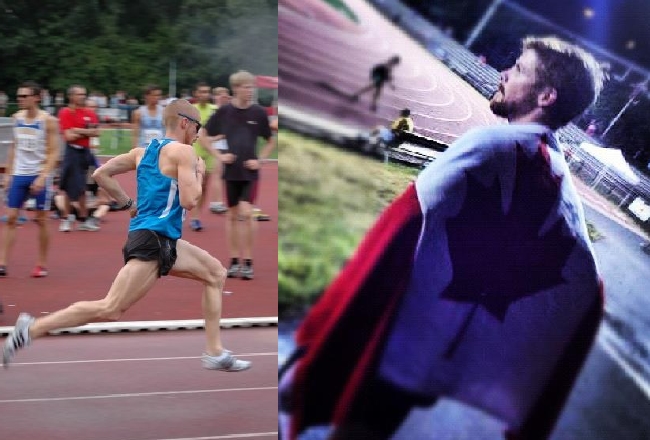 Geoff Harris of Halifax, Nova Scotia is going to the 2012 London Olympic Games to compete in the 800m distance. Harris qualified, according to Athletics Canada’s Rising Star criteria, during the Canadian Olympic Track and Field Trials that took place in Calgary, Alberta from June 27th to June 30th. He was required to finish top-three while having achieved at least the Canadian “B” standard of 1:46.30 (which he did twice) during the qualifying period of April 1st to June 30th 2012. Harris ran his personal best of 1:46.12 in Indianapolis June 16, 2012.

At the trials Harris competed against a strong field of Canadians including Nate Brannen, who had already qualified for the Olympics in the 1500m distance and Andrew Ellerton. Harris won in the time of 1:46.49 over Brannen’s 1:46.74 and Ellerton’s 1:46.86.

Harris is currently in Europe, preparing for the Games.

Christopher Kelsall: Does Halifax have a robust running community? 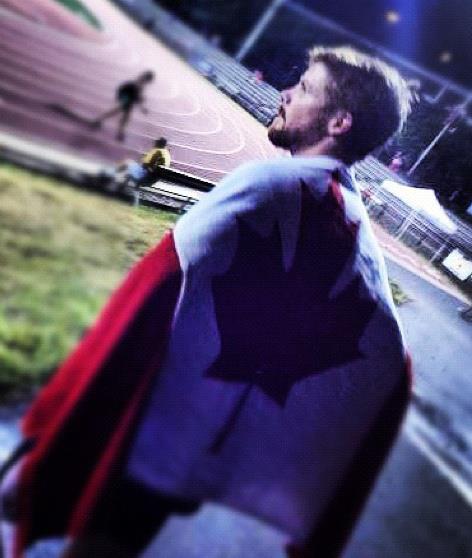 Geoff Harris: Robust isn’t the right term. It’s a growing community for sure! It has come along way in the last five years, but it’s still a very small community.

CK: So what motivated you into running at an early age?

GH: My sister who’s five years older then me did track and I started because of her in junior high. I only did track with my school until grade 11 when I joined my first club team.

GH: I grew up on baseball, and played football in high school. Otherwise I didn’t do a lot of organized sport, I was just a very active kid!

CK: Do you feel that going to the World Junior Championships in China proved a valuable experience that will help you with your London Games preparation?

GH: World Juniors was an eye opening experience. From a cultural standpoint it was shocking and to have to compete in that was definitely an experience that has helped me in any of the championship racing I’ve done. I think some of the lessons I took from China will help me in London.

CK: Shocking in what way?

GH: Going from Halifax to Beijing was shocking just on size alone. The density of the population and the food was overwhelming. Its helped me though; to know what to expect on trips I’ve taken to other parts of the world.

CK: To be considered as a Rising Star by Athletics Canada, did you need to apply or appeal for Rising Star status, or did they just contact you to let you know you completed the criteria?

GH: They knew that’s what I was eligible for with my two B standards. I didn’t have to appeal or submit an application though.

CK: What do you think of the Sheila Reid debacle?

GH: I try and stay away from debacles. I have heard lots about it, but I don’t really like to pick sides. AC has a criteria and you can agree or disagree with their process, but it is what it is! I was happy to hear about the additions to the team.

CK: Do you think that a 5000m last chance race should be run at sea level, to give the athletes the best chance of running well?

GH: Sure, I don’t think that it should necessarily be put on by AC, there are loads of races at sea level that any athlete can find. The season’s race schedule is set in plenty of time to plan your own personal schedule. You should always have a back up if your chasing standards.

CK: What made you choose to go to New Zealand for training and to train under Chris Pilone, a few years ago?

GH: I was ready for a change and wanted to go somewhere out of the ordinary. Chris is a very accomplished coach and he was training Paul Hamblin at the time, so the draw of a great training partner and wise coach was enough to book the ticket! A teammate from the Francophone Games was down there so I had someone to stay with!

CK: What did you take away from your four months with him?

GH: Chris showed me a different side to base training, it got me out of the conventional seven day cycle and got me on a nine day, he showed the value to mileage!

CK: Yes, he is very much an Arthur Lydiard advocate. What quantity of mileage were you running before you went down versus after?

GH:  My mileage before was fairly low, nothing to brag about. Under Pilone it was of total quantity and more of the duration of long runs, I was getting up to two and half hour runs twice a cycle.

CK: What effort or pace were those two and half hour runs at?

GH: They weren’t anything remarkable, they started slow, usually had some steady states inside of them.

CK: Was the nine day cycle there so that you could get in two effort session, like fartlek and tempo runs as well?

GH: It was to incorporate two long runs, and the necessary weight room and track sessions.

CK: Were you running the hilly Waiatura routes and on the Auckland Domain?

GH: Auckland is a hill. It’s rare to find a flat half mile in the that area.

CK: Coming from a sprinting background, do you feel you may have an advantage if the 800m final turns into a tactical race, where a kick means everything?

GH: It hasn’t hurt, but I was more known for my front running early in my 800 career. It’s really only been this last year that I have shown the ability to have a good kick. I acquired this from fitness more then sprint training! I have always had great speed though.

CK: The first round of the Beijing Olympic Games (with eight heats) were won between 1:44.90 by Wilfred Bungei – his season best and 1:47.86, the four heats of the semis were more serious however, Bungei only ran 1:46.23, right around your personal best. So having a combination of natural speed and volume of mileage must give you confidence to get in the finals. What sort of races are you hoping for?

GH: I am hoping for an honest pace in the heats, I am looking at the heats as a good place to put in a PB effort. I am capable of a fast time right now and would love to accomplish that in the Olympics. I am taking it all one race at a time.