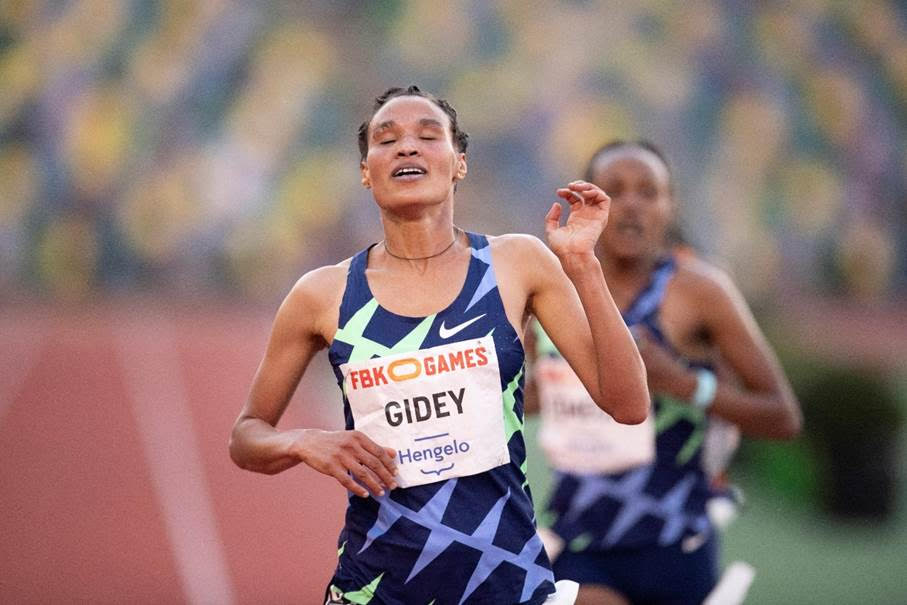 Letesenbet Gidey’s new world record of 29:01.03 in the 10,000m event came just two days after Sifan Hassan’s world record performance of 29:06.82. Both athletes are from Ethiopia, however, Hassan represents the Netherlands.

To put into perspective just how fast the new record is (in comparison to its previous trajectory), Almaz Ayana had the world record of 29:17.45 set during the 2016 Rio Olympic Games. When she ran that time, she answered performance-enhancing drug allegations with, “God is my only drug.”

When Ayana took the record, it was 23 years after Wang Junxia set it at 29:31.78 in Beijing. Junxia was a member of Ma’s Army, a Chinese camp that was later admittedly doped. No one had come close until that Rio race, when Vivian Cheruiyot (KEN, 29:32.53), Tirunesh Dibaba (ETH, 29:42.56), and Alice Nawowuna (ETH, 29:53.51) as well as Ayana, also Ethiopian, had clocked the fastest times in one of the deepest Olympic races in history.

It took Hassan four years to get within striking distance of those times with her Hengelo performance in 2020 of 29:36.67. Now those numbers are dropping like flies. Hassan’s week-old record was pending ratification when it was broken. Kalkidan Geahegne of Bahrain and Gidey have had two similar performances from May on the books 29:50.77 and 29:39.42, respectively.