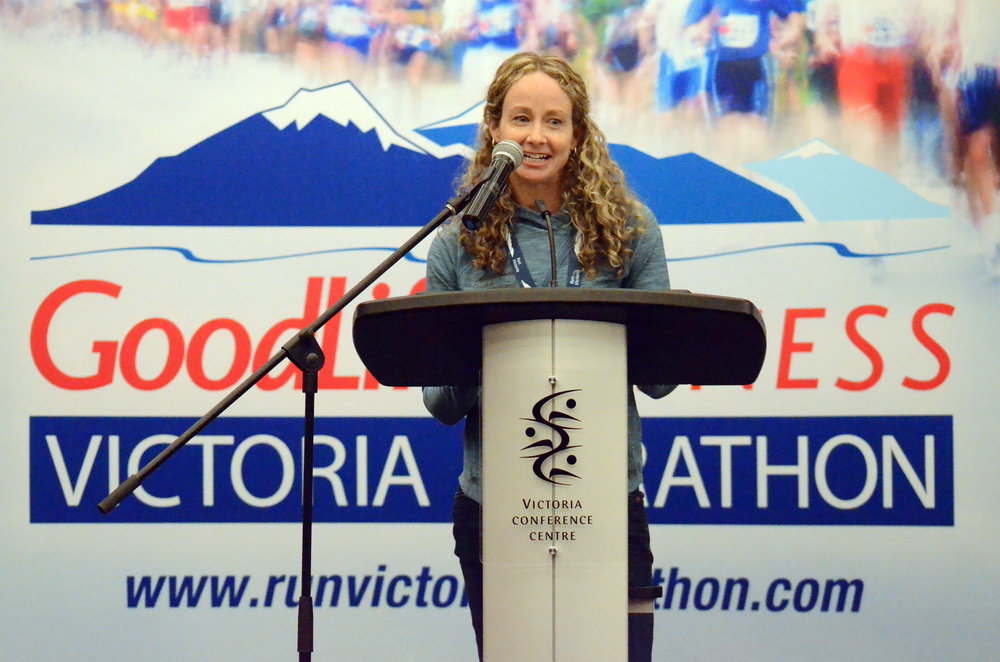 The 39th annual GoodLife Fitness Victoria Marathon will be taking place Sunday, Oct. 7 and will feature three events, the 8K, half-marathon and marathon. For Canadian running fans, there are a few top-level Canadians taking in the event.

Kipkoech has run the marathon as fast as 2:18:49. He doesn’t expect to run that time again, however, he definitely wants to win.

“Training hasn’t gone as well this time, but I am in good shape for the win,” said the Kenyan, who is now living in Lethbridge, AB.  “I am going for the win for sure.”

Also in the race is Mizael Carrera of Albuquerque, NM. He has run as fast as 2:21:50, which was his debut at the HASPA Hamburg Marathon in 2016.

Jim Finlayson of Victoria is a former Victoria Marathon champion and two-time national victor with a best of 2:18:20. Now a 46-year-old master he will be seeking an age-group win. He recently set the national half-marathon age-group (45+) record with a 68:20 performance in Copenhagen. Finlayson uniquely is the former beer mile world record holder and is the current beer two-mile and masters beer one-mile world record holder.

Trevor Hofbauer of Calgary is the defending Canadian marathon champion and owns a best of 2:18:06, however, will be racing the half-marathon. His best over the 21.1K distance is 64:30, which he ran at the Philadelphia Half Marathon in 2015. He is the 2018 Canadian Half Marathon champion, which was run in his hometown in May.

Hofbauer will be looking to run under 66-minutes and will be seeking the win. Sean Chester, an island athlete who now lives in Trondheim, Norway is seeking to go around 68-minutes. Depending on the weather and how the two athletes are feeling, they may compete through to the end; however, Hofbauer is the favourite and should win the race.

“I am hoping to win, but looking for a really good workout on Sunday,” said Hofbauer. “I am in good shape and training has gone well.”

Asked about his fitness and expectations Chester said, “It’s my first race of the season, so I’m expecting a strong negative split that will bring me close to 68 minutes.”

Hofbauer had to delay his final workout in Calgary due to the recent snowstorm – the worst October snowstorm in 60 years – and ran in Victoria a day later. “That’s okay, I have trained through some races and they have gone well, I look forward to running well on Sunday,”

Two other competitors not at the press conference are George Towett (63:02) of Kenya and Julian Florez from Hobbs, NM (66:04). It remains to be seen if they are still intending to compete.

Emily Setlack of Cold Lake, AB will be racing the marathon. Her best is 2:53:56, but that performance is not indicative of her ability. She owns a 1:13:28 half-marathon best from the BMO Vancouver Half Marathon in May of 2017. She has also raced at the IAAF World Half Marathon Championships. Setlack is known to Victorians for her back-to-back second-place finishes in the 2016 and 2017 TC10K race.

She will apparently will be up against Carolyne Kiptoo, a Kenyan living and training in Mexico, however, Kiptoo was also not present at the media conference Friday morning. She owns a best of 2:39:15. In the masters division (40+) Toronto’s Lioudmila Kortchaguina will look to win her age-group. She is 47.

In the 8K, Justin Kent of Vancouver will be racing. He is the defending champion with a best of 24:04. He should win. Second and third will be a battle between former University of Victoria Vike Ian Searle (25:53) and Nanaimo’s Shelby Drope (26:03).

Local master Craig Odermatt will be competing in the 8K. He is a former UVic Vike and should be in good shape in preparation for cross-country season, his forte.

The women’s half-marathon will include Natasha Wodak of Vancouver, Nicole Robert of the UK and Meg Lewis-Schneider of Vancouver. Wodak owns one of the fastest half-marathon times by a Canadian of 1:11:20. She also owns the national 10,000-metre record of 31:41.59 and the road 8K record, which she set in Victoria in 2015. She is favoured to win. Wodak is also an IAAF World Cross Country Championships competitor and 2016 Rio Olympian.

In the women’s 8K race is Lindsay Carson of Burnaby. She owns a best of 27:15 and is a three-time Victoria champion. She will be up against Sarah Inglis of Scotland, who currently is living in Surrey. She has run as fast as 27:25. Another Brit, Louise Mercer living in Salt Lake City will debut at the 8K distance, however, owns a solid 5K best of 16:36.

SHOELACES: The elite fields were announced by Lori Bowden, two-time World Ironman Champion, who is working with former international-level runner Ulla Hansen on assembling the competitive fields for Sunday. Jonathan Brown, now a master is the former British 10,000-metre record holder (27:18.14) and three-time Olympian is running the 8K. Brown finished fourth in the Sydney and Athens Olympic Marathons, running the second half in both marathons faster than anyone in either race, in either of the halfs. Twice he has run sub-2:10:00, with a 2:09:31 best.

Evan Dunfee of Vancouver is a 2016 Rio Olympic Racewalker who finished heartbreakingly close to a bronze medal. He is on a charity pledge program of walking 25kms every day for 25 days, he will be racewalking the marathon on Sunday.