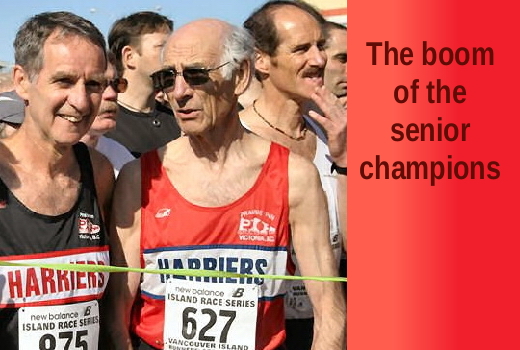 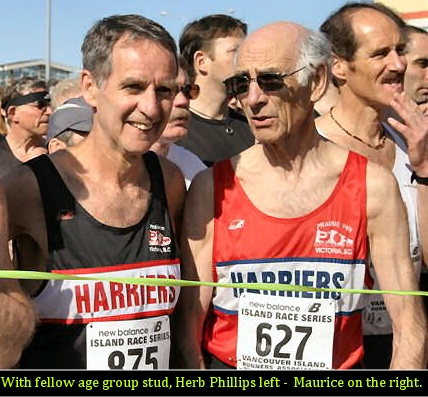 In 1980, American author Landon Jones wrote the book Great Expectations: America & the Baby Boom Generation, which helped popularise the phrase “baby boomers”. He defined the span of the American baby-boom generation as extending from 1943 through 1960 (U.S. Census Bureau indicates 1946 and 1964). During this time 76 million Americans were born or over 4 million per year.

Likewise in 1997 David K. Foot a Professor in the Department of Economics at the University of Toronto co-authored the book Boom Bust and Echo: Profiting from the Demographic Shift in the 21st Century, which became a bestseller that spawned a nation-wide speaking tour. The data that Foot compiled for Boom Bust and Echo is extensive and is regularly cited by those who need to research (and reference) consumer buying trends and how the aging boomers will affect the marketplace.

Canada saw over 400,000 births per boom year. Those who were born post-World War 2 (1946 to 1966 in Canada) are just now moving into the 50 to 70-year-old age-groups. Most readers will logically expect a blossoming market for birdseed and binoculars, but the running community should anticipate growth in the senior age-groups at races.

At the age of 69 Ed Whitlock of Milton, Ontario ran the marathon in the time of 2:52:15 and then he set the unearthly world marathon benchmark for someone aged 70-years-old or older by running under three hours when he ran 2:59.10 at the age of 72. Then incredibly he went one step further sort-of-speak by finishing the marathon in 2:54:48 three months short of his 74th birthday. In terms of age-graded performances, this result nearly challenges the open world record, which is 2:03:23 by Kenyan Wilson Kipsang. The age-grading formula that is used to determine what an athlete would have run during their peak years puts Whitlock at 2:03:57. Whitlock has set a total of 36 world age-group records.

The method uses data collated by the World Association of Veteran Athletics (WAVA), to adjust for performance by age and sex. It takes world records from both age and distance and uses these as benchmarks. For example: The world record for a 55-year-old male who has raced 10 kilometres in the time of 32:02 (Martin Rees of Wales) and another man also age 55 runs 35:00, he has run a 91.5% age-graded performance. 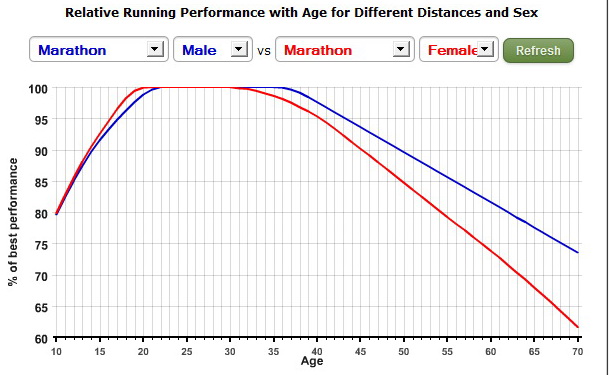 Currently, the legendary octogenarian (born: 1931) stands pretty much alone in age-group middle and long-distance running. He is widely considered the most prolific age-group runner in the world. He owns dozens of national and international records for distances that range from 1500 metres to the marathon, but as the baby boomers age and become more active his records may soon begin to fall.

Three weeks ago 73-year-old Herb Phillips (born: 1941) of Burnaby, BC (suburb of Vancouver) ran the Carlsbad 5000 road race on a whim. He is over three years removed from competing and simply just keeps himself fit by running casually, “I like to run six to seven days a week and keep the total around 50 miles (80 kilometres),” shared Phillips. “I am totally a hobby jogger now.  If the weather is not nice or I haven’t been to Starbucks yet or just don’t feel like it, I have no problem skipping my run. There currently is no racing for records – just trying to stay fit.”

Regardless, he and his wife Judy decided to make their annual pilgrimage to Carlsbad, California, “we have our traditions,” – to take in the spectacle that is the Carlsbad 5000 – a fast race that is uniquely spectator friendly with its T-shape course. The event has hosted 16 world records before the 2014 edition took place.

Perhaps for old time’s sake Phillips decided at the last minute, while on holiday, to enter the 2014 Carlsbad race – he said that he didn’t really know why he entered. He won his age-group by finishing in the time of 19:36, which calculates down to a 13:49 open performance, good for fourth position if he was, say, fifty years younger. Age-graded he finished right behind the legendary Kenyan-American Bernard Lagat as well as Kenyan Augustine Choge who finished in 13:22 and 13:19, respectively. Although Whitlock’s 70-74 age-group 5k performance is superior at 18:23, Phillips hadn’t raced in three years and currently keeps his running casual, so there is little doubt he is capable of more. Phillips’s impromptu race calculates out as an over-94% age-graded performance, while Whitlock’s best is 99.08% and age-grades to a 13:01 finish time.

According to the Association of Road Racing Statisticians (ARRS), with his Carlsbad performance, Phillips is behind only three men in the world: Whitlock, Warren Utes of Illinois (19:25) and Doug Goodhue from Michigan (19:35).  Phillips hasn’t slowed down at all in fact he sped up by one second from three years ago where he finished a 5k in Vancouver in the time of 19:37.

Victoria, BC’s Maurice Tarrant (born: 1930) has set well over 60 Canadian age-group records from the mile up to the half-marathon distance in age-groups starting from 60-64 and up to 80-84. He is slightly older than Whitlock and has already lost some of the records to him. Tarrant would be the first to say that records were made to be broken. Perhaps if Phillips returns to racing, he will take down some of Tarrant’s and Whitlock’s records, before the boomers do.

Tarrant has also owned two world age-group records for 80-plus including the mile record of 7:14.7. He ran that record at the 2011 Q’s Victoria Run Series of which I am the organiser. He told me minutes before the race that he has had medical issues to do with his stomach and his heart and is just getting over an injury. Perhaps this generation is just tough; he went on to set the record in windy conditions. Whitlock bettered it by going sub-6, two years later.

Regardless, Tarrant has been at this assault of the Canadian age-group records for some time. Sixteen years ago he took down the 65–69 10k age-group record, where he crossed the finish line in 37:29, which translates to a 29:22 or a greater than 90% age-grade level performance. At the age of 58 he ran a half-marathon in Seattle in the time of 76:20, which works down to a 64:33; a standard only a handful of Canadians manage in the open category. Interestingly the two races, the half-marathon in 64:33 and the 10k in 29:22 are almost identical in performance level according to the International Association of Athletics Federations (IAAF) tables. Another outstanding standard is his over 230 consecutive Vancouver Island Race Series wins.

The Vancouver Island Race Series includes eight races that take place from January to April throughout Vancouver Island. The distances range from 5K to the half-marathon. The series has been in existence for over 30 years. Some of the course records are impressive including 8K national record of 25:28 by Vancouver’s Natasha Wodak from the 2013 edition, which matches almost perfectly the men’s record of 22:58 by Carey Nelson from 1985. The men’s 5k record stands at 14:09 by Victoria’s Geoff Martinson (2014), while the women’s was set by Malindi Elmore in 2012 at 15:48. The men’s half-marathon record is held by three-time Olympian Jon Brown who has run as fast as 63:57 on the Comox Valley Half  Marathon course, where he ran most of the race alone.  Perhaps this generation will be racing in 40 years.

Not all is perfect with the age-grading formula, for example, Betty Jean McHugh of North Vancouver owns 30 world records for marathons, half-marathons, and shorter distances. In January 2013 she set the world record for the 85-89 age-group with her Honolulu Marathon result, which she ran in 5:12:03. This performance puts her way over-the-top and potentially exposes a flaw in the age-grading formula for the later ages. She ran to 110.99% and an aged-graded performance of 2:02:01, which is over a minute faster than the open men’s record of 2:03:23. Although McHugh’s performance is outstanding, it isn’t that good. When asked about the age-grading in the older categories Phillips said, “Yes it

begins to fall apart in the later ages. There just isn’t enough data from those age-groups…yet; however, when more and more Ed Whitlock types report in then the data will become more reliable.” 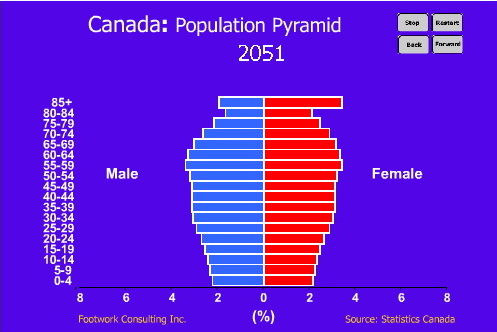