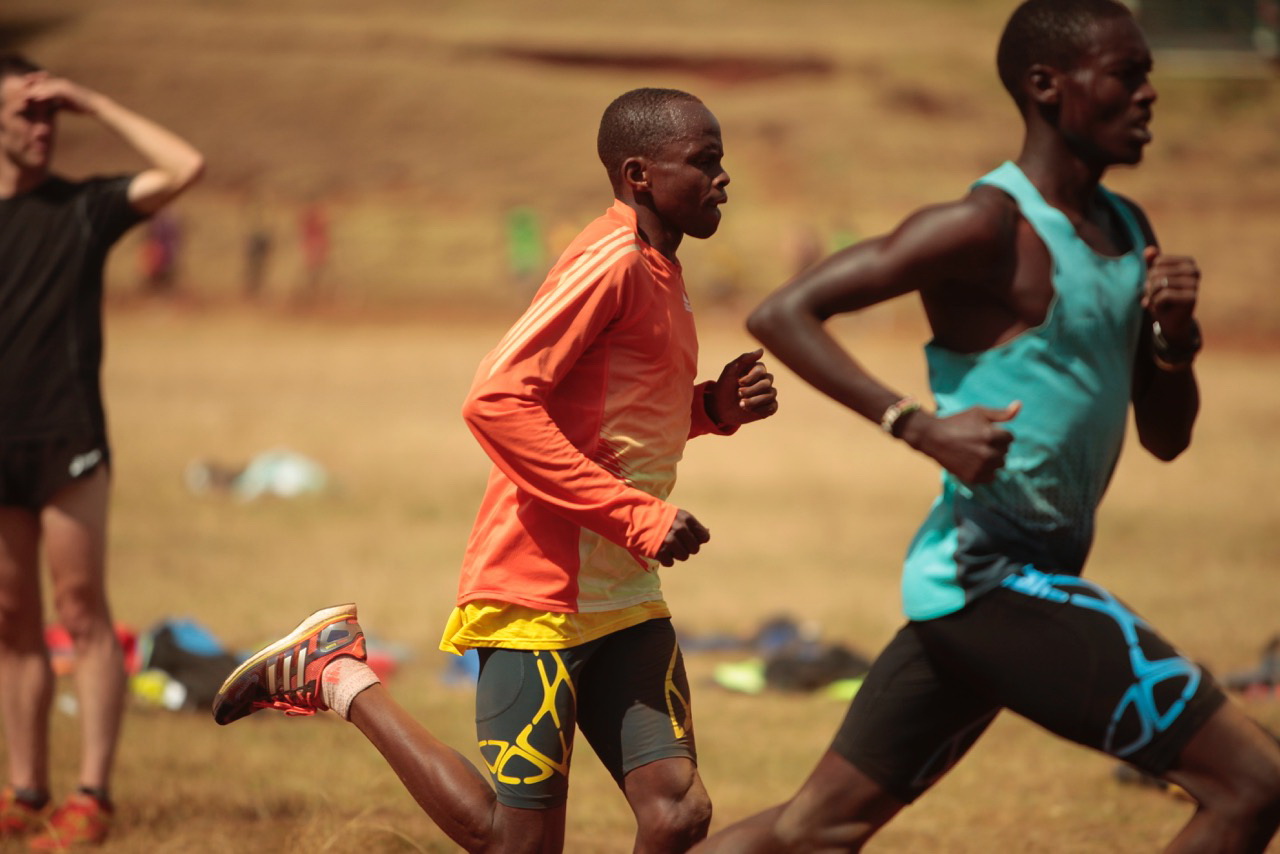 Had it not been for the prospects of becoming a distance runner Julius Arile Lamerinyang might well have met the fate that has befallen many of his friends: death by gunfire.

From his early teens, Arile carried a gun and, together with his fellow ‘warriors,’ raided neighbouring communities in the highlands of northern Kenya, stealing their cattle. It was the only life he knew. Over a twenty year career he reckons as many as twenty of his friends were shot dead.

A decade ago the Kenyan government program offered cattle rustlers amnesty together with a pair of shoes and a track suit, in exchange for their guns. They were encouraged to take up running. Arile was one of the lucky ones who successfully made the transition.

On October 16th Arile will be among the elite runners to toe the line at the 2016 Scotiabank Toronto Waterfront Marathon, an IAAF Gold Label Race, and he intends to compete for a podium place.

“I need to go with the leaders until they leave me – or I leave them,” he says laughing. “I am comfortable with a 63 or 64 minutes first half. When you run with people, who can run, you can run your best time.”

This isn’t idle boasting. With the help of his late manager, Zane Branson, he visited Prague in early 2013 where he ran an excellent 27:42 for the international 10k. But the highlight of the 2013 season, undoubtedly, was his performance at the New York City Marathon. He finished fourth with a time of 2:10:03 earning $25,000 in prize money –  a small fortune in Kenya.

Arile says the turning point was meeting former Kenyan marathon star Tegla Loroupe, who organizes an annual 10km Peace Race in West Pokot County, Kenya and encouraged hundreds of warriors to put down their arms.  More recently she served as Chef de Mission for the UN Refugee team at the Rio Olympic Games.

“The most helpful one – and I respect her in my life – is Tegla Loroupe because she changed my life, not only me, but changed many people’s lives in Kenya,” Arile declares.

“Tegla inspired me so much. She changed my life. Tegla came there in the bush and talked with us and made it her business. Then we ran. When I ran I knew I could change. I started carrying a gun at 13 years 14, 15 and changed only at 23 when I left.”

“The shape I am now is lower than that time (2013 New York Marathon),” he reveals, “because I was facing a long time injury. I had a knee injury then after the knee it went to the hip and then I had problems with that for a long time, for three years now. Now it is fine.

Victory in Toronto is worth $25,000 Cdn but he is not thinking about the money, only winning the race. At home he has three wives and seven children, a typical scenario amongst the Pokot tribe. His complicated home life also played a part in restricting his progress somewhat. There was also another event that rendered emotional havoc two years ago – the death of Branson.

“Zane did a lot of things to change my life in running. He took me to Prague, I ran there and then he did everything to help me like I was his son,” Arile says quietly. “His death affected me so much. I was even thinking about stopping running. But I remembered my children needed to eat and my family needs to see me. Everybody in my family looked to me. Then I decided to run.”

Arile’s incredible story has been brought to film and will be screened at Toronto’s Scotiabank Theatre on October 7th.  “Gun Runners” was also a fan favourite at Toronto’s Hot Docs Festival and at the recent Aspen Film Festival. It is the decade long work of Montreal journalist Anjali Nayar who has made Kenya home all that time.

Nayar was working for Reuters when she met Arile at the finish of one of the Peace races. On weekends she had been traveling up to the region where the Pokot rustlers were active and with a camcorder captured the action. Things progressed much further when the National Film Board of Canada collaborated she admits. As she gained the trust of Arile and other rustlers she could appreciate the difficulty these warriors have in turning away from a criminal life.

“There are about half a million of these illegal guns in Kenya,” Nayar explains. “It’s quite a problem and that amnesty offer was open for several years. It’s one thing to go and run a race and it’s another to survive.

“They brought everything they had into the bush with them and that complicated the success of everything that they were trying to achieve later. They give up their weapons but they don’t actually know how to do anything else. You don’t know how to run a business, you don’t know how to read or write. They didn’t always put in place the training programs to get people up to speed and totally integrate them into society.”

Nayar says Arile ever so gradually revealed his story.  On a visit to her Nairobi apartment he once asked to borrow her computer, for instance. The following day she discovered he had written how he had gotten a young girl pregnant and was chased off by her family and local villagers. Somehow writing it down on a computer screen was easier than telling her.

Arile is also cautious about how much he can say about his former life. When asked who introduced him to cattle rustling as a young boy he is careful.

“That is a dangerous question my friend,” he says. “Where I live in Kenya people are fighting. When a child is born there and brought up there he finds cattle rustling. You grow up seeing people with guns. I got following that. It is major in that area of the country.”

Fellow Kenyans Isshimael Chemtan and Gilbert Kirwa, are returning to Toronto after finishing first and second respectively a year ago. They and Eritrea’s new find, Abraham Habte, will join Canada’s three time Olympian Eric Gillis on the starting line. With confidence and with commitment Julius Arile will give them all a run for their money.