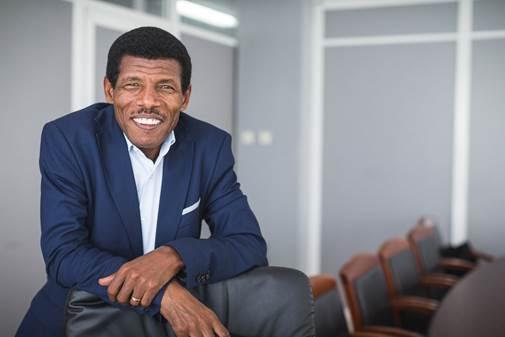 Running legend Haile Gebrselassie has been elected as the new president of the Ethiopian Athletics Federation tonight.
I am very honoured that they trust me in this position. I am looking forward to work together with all people involved in the EAF to work on a great future for Ethiopian athletics”.

Haile Gebrselassie has been competing for 23 years, since 1992 when he won the 5000m and 10.000m title at the World Junior Championships. He had an impressive career with 27 world records, 61 Ethiopian records, two Olympic gold medals and eight world championship titles.

Besides his athletics career, Haile Gebrselassie is a businessman. He employs more than 2000 people in several businesses, and is involved in real estate projects, owns four hotels, a coffee plantation and is the distributor for Hyundai in Ethiopia. He considers community projects as his responsibility. He is a goodwill ambassador for the United Nations and involved in tree planting, road projects and he built several schools in his residential area.