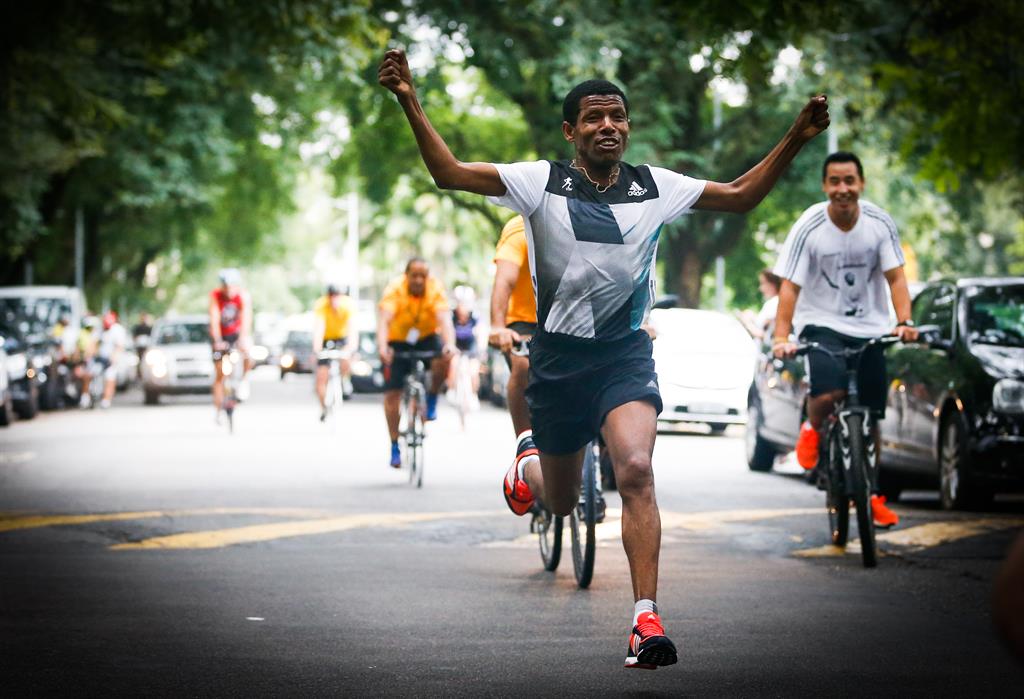 For those that may be interested in what former marathon world record holder Haile Gebrselassie is up to these days, the answer is, the Ethiopian is promoting healthy living.

The World Health Organization announced today a global walk challenge for health that will be taking place on May 20th, originating in Geneva, Switzerland. However, if you are not in Geneva, you can still take part.

For those wishing to stage an event in their home city, contact walkthetalk@who.int.

For those in Geneva, Gebrselassie will be put putting on 30-minute masters run clinic for athletes, as well as taking part in the launching of the event called Walk the Talk: The Health for All Challenge.

The WHO Director-General, Dr. Tedros Adhanom Ghebreyesus said in a statement, “Being physically active is one of the most important ways to stay healthy and prevent disease. Having Haile Gebrselassie join us for the Walk the Talk: The Health for All Challenge is a great honour. His participation sends a powerful message about the role that physical activity can play for all people to improve their health.”

Gebrselassie concurred, “I support WHO’s mission to promote healthy lives for all people, and I believe countries can do much to make it easy for their citizens to be more physically active to improve their health. This can result in so many gains for a person’s own health, as well as the growth and well-being of their communities.”

The event is part of the World Health Organization’s 70th anniversary in 2018.

The free walk/run event, titled Walk the Talk: The Health for All Challenge will be open to people of all ages and abilities and be held over three distances. There will be 3K, 5K and 8K distances.

Other activities and interactive events will be located along the routes.

Aims of the event

To raise awareness and profile of the work and goals of WHO and other global health agencies based in Geneva, highlighting the city’s role as a global health capital in improving global health.

Governments, community groups, advocates of health and members of the public around the world are encouraged to stage similar events during 2018 as part of WHO’s 70th anniversary and in support of promoting healthier lifestyles and access to health for all through universal health coverage.