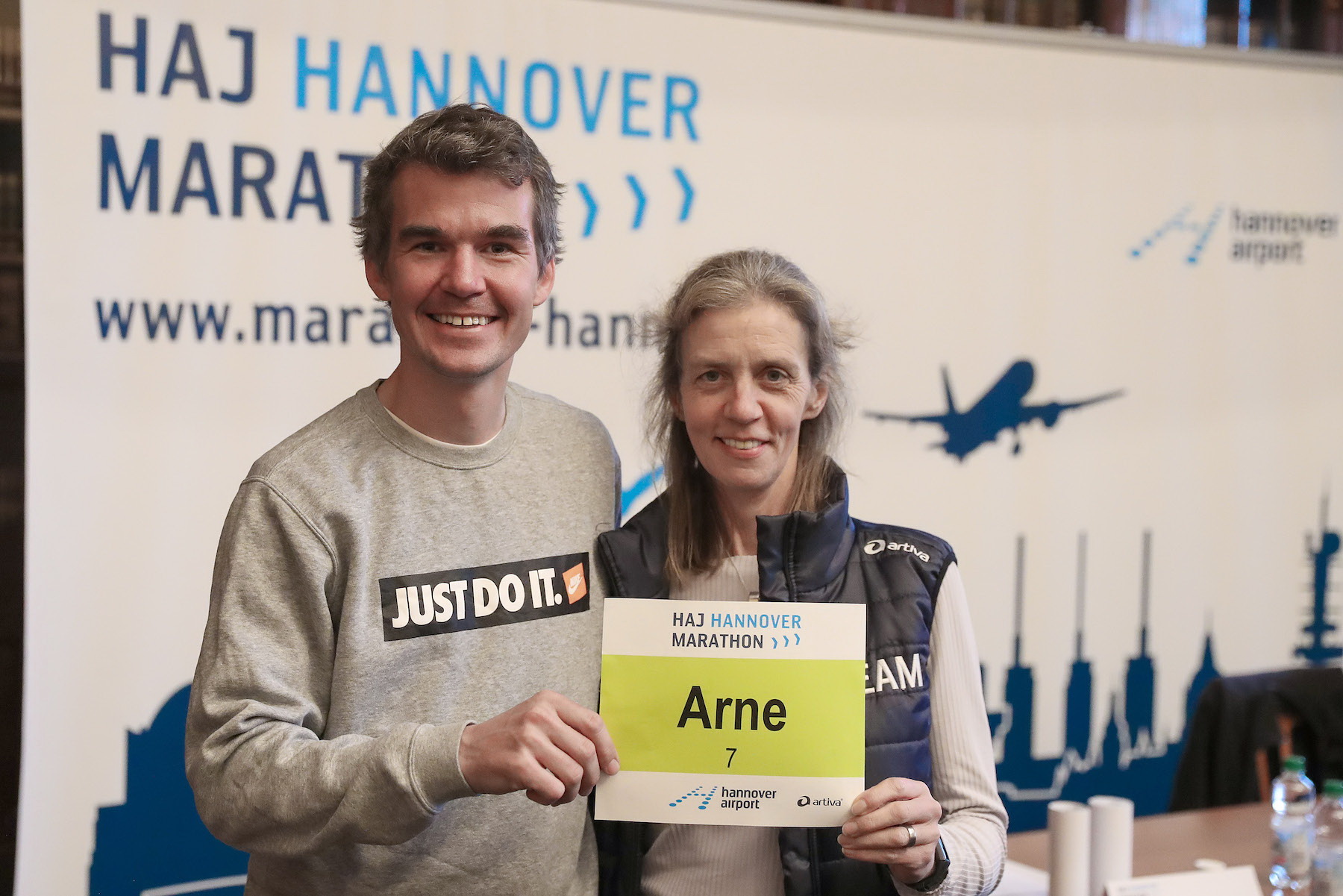 Defending champion Seboka Negussa is a late addition to the elite field of the HAJ Hannover Marathon, which now boasts eight runners with personal bests of sub 2:10.

Fellow-Ethiopian Abdela Godana Gemeda is the fastest athlete on the start list with a personal best of 2:08:32. Number two on the list is Germany’s Arne Gabius, whose national marathon record stands at 2:08:33. Karolina Nadolska of Poland heads the women’s field with a PB of 2:26:32. She is one of four runners who have broken 2:30. Hannover’s course records stand at 2:08:32 and 2:27:07 respectively. With current weather forecasts suggesting very good conditions, both marks will be targeted on Sunday. Including running events at shorter distances organisers of the 29th HAJ Hannover Marathon expect a record total of around 26,000 athletes. Around 3,000 will compete in the marathon, which is an IAAF Silver Label Road Race.

“The HAJ Hannover Marathon has developed very well in terms of entry figures and elite racing. We are proud to be able to present very strong German runners, which is always a bonus for the spectators,“ explained Christoph Kopp, who is in charge of the elite fields in Hannover. “The IAAF Silver Label is very helpful as it attracts very good elite runners.“ Kopp will plan for the leading groups to run a pace that could lead to new course records on Sunday: “The pacemakers for the first group will be instructed to pass halfway in 64:00 while the women’s leading group will aim for a split time of 73:00.“

Abdela Godana Gemeda comes to Hannover after showing two fine marathon performances in autumn 2018 and earlier this year. First, the 26-year-old Ethiopian improved his PB to 2:08:32 in Seoul, where he was third. By coincidence, this exactly matches the course record of the HAJ Hannover Marathon, which was established by South Africa’s Lusapho April in 2013. Abdela Godana Gemeda then took second in the Beppu Oita Marathon just over two months ago, clocking 2:09:04.

While it remains to be seen if Gemeda can produce a third strong race within a very short time fellow-Ethiopian Seboka Negussa is expected to challenge again. „It is my goal to run faster than last year. I want to go sub 2:08 on Sunday,“ said the defending champion, who clocked 2:09:44 last year and has a personal best of 2:09:14.

Kenyans Paul Kangogo and Josphat Leting had good results last year, which suggest that they are contenders for the podium on Sunday as well. Kangogo was third in Rome with personal best of 2:09:20 and Leting placed fourth in Japan’s Oita Marathon in 2:10:54. However elite coordinator Christoph Kopp also expects a debutant to do very well in Hannover: Teklemariam Medhin might be in for an upset. The Eritrean has a very strong track and cross country background. He was seventh in the Olympic 10,000 m final in 2012 and won a silver and a bronze medal in the World Cross Country Championships in 2010 and 2013 respectively.

While the favourites from Africa are all expected to run in the first group Germany’s Arne Gabius is happy with a more careful approach. The 38-year-old intends to run the first half on Sunday in 65:00. „I will run in the second group. But I hope to overtake as many as possible in the later stages of the race,“ said Arne Gabius, who due to injuries has never finished a spring marathon. After dropping out in London in 2016, Hannover in 2017 and Boston last year he wants to make sure that this unlucky series comes to an end on Sunday. But he will also watch his watch. Gabius is confident that he can run sub 2:11:30, which is the entry standard of the IAAF for the Olympic marathon in Tokyo next year. „If I run this time I am pretty sure that I will be qualified for the Olympics. However I hope to achieve a time between 2:09 and 2:11 here,“ said Arne Gabius.

While the men’s race looks very open there is a group of four women who are regarded as favourites. They are the ones who have broken 2:30 already. Poland’s Karolina Nadolska, who has been training at high altitude in Albuquerque (USA), is the fastest on the start list with a personal best of 2:26:32.

While Nadolska ran her personal best back in 2014, when she was second in Osaka two of the others clocked their PBs much more recently in 2018: Tigist Memuye Gebeyahu of Ethiopia ran 2:27:39 when she took third place in Lisbon and Kenya’s Racheal Mutgaa was second in Hefei with 2:28:39. Anja Scherl is the fourth woman with a personal best of sub 2:30. She ran 2:27:50 in Hamburg in 2016 and now hopes for a good comeback in Hannover after injury problems. “This is a fast course and I have good memories from two years ago when I ran a half marathon here. However I don’t set myself a certain time goal,“ said Anja Scherl. She is expected to run the first half in a time of 74:00 to 74:30.

With the first group planning to go through halfway in 73:00 the six-year-old course record of Ukraine’s Olena Burkovska may well be challenged. She ran 2:27:07 in 2013.