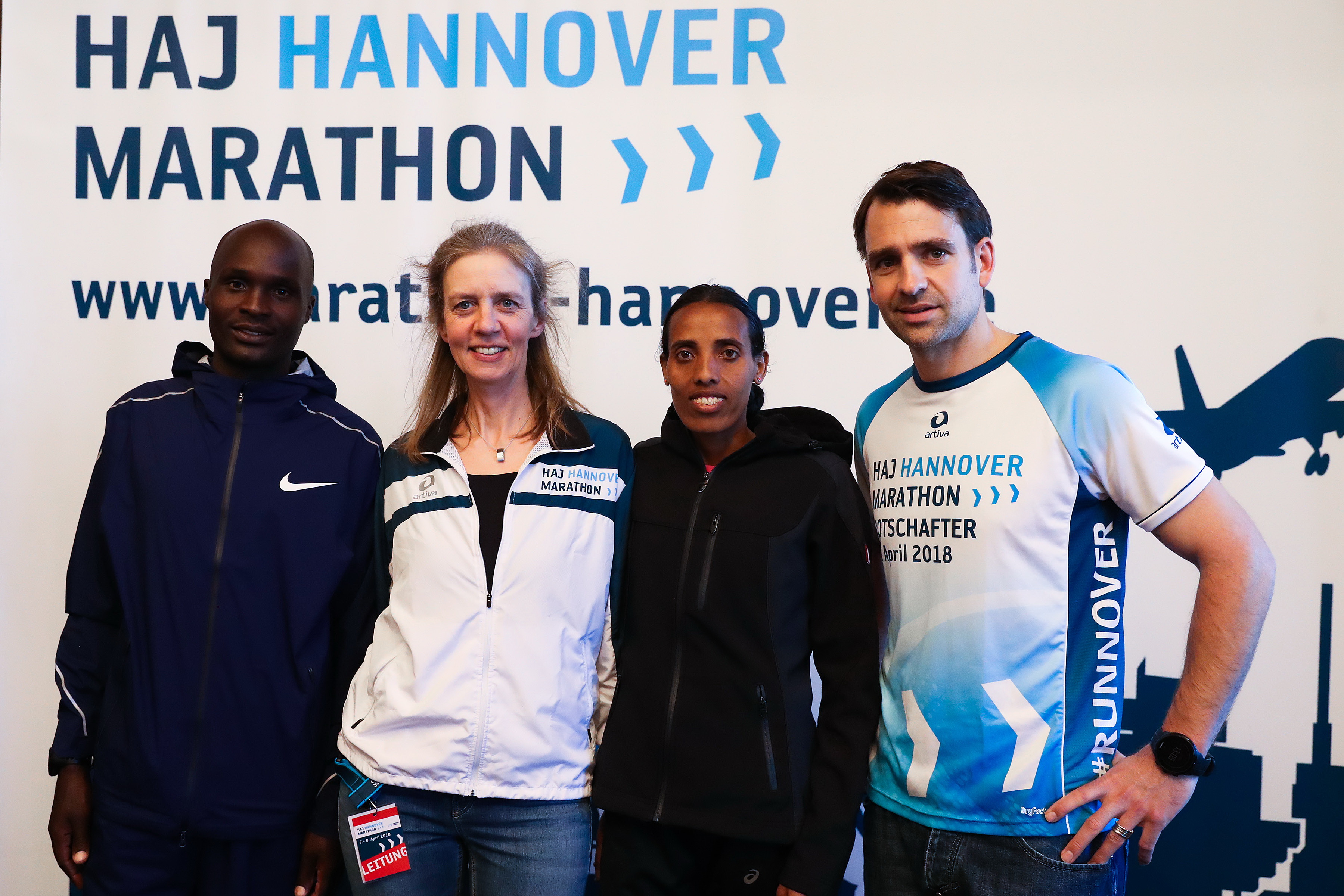 Kenya’s Gilbert Kirwa and Germany’s Fate Tola are very much in the focus before Sunday’s HAJ Hannover Marathon. Kirwa hopes to finally put injury problems behind him and produce a convincing performance on the flat course by attacking the course record. Former Ethiopian Tola intends to defend her title. Adding events at shorter distances organisers registered a record number of around 25,000 athletes for the 28th edition of the HAJ Hannover Marathon, which is an IAAF Silver Label Road Race.

Four runners with personal bests of sub 2:08 are on the start list. With a time of 2:06:14 Gilbert Kirwa is the fastest in the field, followed by Poland’s Henryk Szost (2:07:39) and the two Kenyans Cheshari Jacob (2:07:46) and Duncan Koech (2:07:53). This quartet intends to run the first half in 64:00 minutes, which would be a pace that could lead to a new course record. The current record holder is South Africa’s Lusapho April, who clocked 2:08:32 five years ago.

„I was able to train very well in the past three months. So I am looking forward to the race on Sunday and hope to go for the course record,“ said Gilbert Kirwa, who has had some success in the German-speaking regions in the past. Back in 2009 he first took the Vienna City Marathon and then went on to win the Frankfurt Marathon, where he produced his personal best of 2:06:14. It was in Frankfurt, where one of his rivals ran very well last October: Henryk Szost was seventh in 2:10:09 despite some strong headwinds.

It looks likely that two women will fight for victory in Hannover: Kenya’s Agnes Kiprop and Germany’s Fate Tola. With a personal best of 2:23:54 Kiprop is the fastest woman on the start list. „On Sunday I plan to run the first half in 1:13 and then go for the course record,“ said the Kenyan. Ukraine’s Olena Burkovska is the current course record holder with a time of 2:27:07 from 2013.

For Fate Tola it is mainly about victory. There is an additional motivation for her since she switched clubs at the beginning of the year and now competes for Hannover Athletics. As a local she will surely receive additional support on Sunday. „My training went very well in the past weeks,“ said Fate Tola, who did high altitude training in Addis Abeba in the past two months. „I have a slight cold but I am still confident. If all goes well and it does not get too warm in the final part of the race then I will try to go for the course record“, said Fate Tola, who has a personal best of 2:25:14. „It is an advantage that there were some minor changes regarding the course since there are less bends now. This helps and it is possible to run faster,“ explained Tola, who ran 2:27:48 here a year ago.