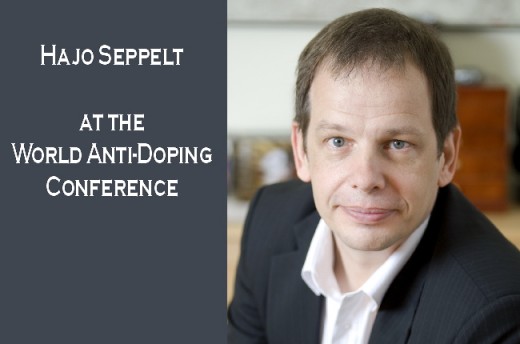 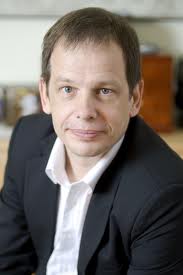 Hans-Joachim “Hajo” Seppelt was attending the 2013 World Anti-Doping Conference that was taking place in Johannesburg, South Africa from November 12 to the 15th. The primary purpose of the conference was to table a new anti-doping code. Suspicion of Kenyan doping is a subject that is ongoing, leading up to the conference as well as during.

Seppelt is a journalist for ARD, a nationwide German TV and radio broadcasting network located in Berlin. He is, as his bio indicates, a film author who is involved in creating features and reporting for all of the German state broadcasting institutions. At this time, he is primarily reporting for the ARD station in Cologne (WDR) with the doping editorial team.

Seppelt is also a reporter and expert for the ARD network on doping, politics in sport and coverage of the Summer and Winter Olympic Games, as well as other major sports events.

Christopher Kelsall: You were saying that apparently the Kenyan media are not telling an accurate account of what has come out of the anti-doping conference that just wrapped up in Johannesburg. Could you please explain where you feel the Kenyan media are misleading the public?

Hajo Seppelt: I can understand that some of them are not very happy because the whole Kenyan nation had to learn that their sports system is not better than any other. Doping is a worldwide problem, not a specific issue for East Africa. The specific Kenyan problem was: the officials denied at the beginning practically all of these allegations. But the accusations which are focussed on a widespread doping mentality among Kenyan runners have been made by their own people in our documentaries. I think, therefore they should take it more serious. Here in Johannesburg an envoy of the Kenyan Embassy was representing their country. What they said was nice to hear: Kenya now founded a committee to investigate all the facts. But similar statements regarding experts who try to find out more have been made already more than a year ago.

CK: And what happened?

HS: And nothing happened. From my point of view, the most incredible person in that story is Isaiah Kiplagat, the chairman of the national federation Athletics Kenya. He is constantly denying that Kenya has really a big doping problem. These kinds of statements I know for a lot of years from many sporting officials around the globe. Always denying until no one believes anymore what they claim.

CK: So I assume that Mr. Kiplagat wasn’t responsible for the formation of the Kenyan committee to investigate all the facts?

HS: So far as I know not. But he is the president of the national athletics federation. I can imagine that the committee will ask him for information about the efforts of Athletics Kenya to fight against doping in the past. From my point of view, this person is one of the key figures misleading the public in Kenya. To claim for example that Kenya has not a serious doping problem is really astonishing.

CK: I assume you mean, when you say, “not better than any other,” you are referring to alleged doping and not performance, yes?

HS: Yes. But you have to be careful. Sport and doping are always in relation to each other. Athletes are also very capable and perform well without using performance-enhancing drugs, but the little shot of EPO for example, makes the difference between the winners and the others, between the cheaters and the honest athletes. That is very simple logic, but in my experience it’s true.

CK: Was the apparent doping in Kenya and Jamaica being addressed directly at the conference?

HS: Yes, WADA Director General, Howman, and the president at the time, Fahey, addressed this issue very clearly, particularly to do with Kenya. WADA criticised that Kenya did not take steps after the allegations had been raised one and a half years ago. Howman said in an interview with ARD TV, because of the long-time period since then, the memory of people is surely not getting better – and what is much worse: evidence could disappear – perhaps because involved persons want that. I agree.

CK: Matthew Kisorio gave an interview to Mutwiri Mutuota and apparently there are some incorrect claims included in it, can you provide an example. .

HS: First of all I have to say that the journalist published the interview without checking the claims Kisorio made. This does not show professional standards and is not serious.

Kisorio, for example, claimed that we woke him up in his home to ask him for an interview. To make it clear: Kisorio came to our ARD office in Nairobi where a colleague of mine did the first interview with him. You can see the place in the report. Kisorio spoke very frankly about doping and doctors in Kenya who try to work with athletes with the aim to gain profit in case these runners get prize money in competitions. For this reason, these doctors administer drugs to athletes and support them, he said. Kisorio said this happens often in his country. We did a second interview in his hometown where another colleague of mine visited him. And again: Kisorio was very clear in what he said, and also he mentioned more details about doping in Kenya. By the way: In the new interview with the Kenyan journalist Mutwiri Mutuota, he claimed always that the man he met with was me. But I never saw him personally because my ARD colleagues did the interviews. I was at this time in Berlin and London.

CK: To say that you woke him up at home when in reality he came to your offices, do you think there was an ulterior purpose to the apparent false story?

HS: I have no idea. Ask the Kenyan Journalist.

CK: Since our latest interview are you able to name any of the athletes who dope or the doctors who supply the performance-enhancing drugs?

HS: We know some names of doctors but we are generally very careful with dropping names in public since we are journalists and not prosecutors.

CK: Can you tell me about this new test that has detected hundreds of positive urine samples dating back to 2006? Your television station ARD apparently was reporting about it.

HS: The samples are not as old as you said. They belong to current athletes from 2012 and 2013. But you are right regarding the number; we talk about hundreds of positive urine tests. We learned that the laboratories in Cologne and Moscow have this year tested hundreds of samples from athletes that have turned out positive for the anabolic steroid Oral-Turinabol, known from the state-run doping program in the former East Germany, and the substance Stanozolol, which Ben Johnson was found guilty of using in the 1988 Seoul Olympics. Such a high number of positive test results in one fell swoop is unprecedented in laboratory doping analyses.

CK: If they are from German and Russian labs, is it just European athletes? Or is it any athletes that competed in those areas?

HS: So far as I know the majority of these athletes are from former eastern block countries or regions.

CK: So do you think we are going to hear all the names of the athletes who had positive tests?

HS: That depends on the decisions of the federations and anti-doping organisations. We should watch that situation with high attention: just in case some people should not have much interest to publish these anti-doping violations. It would not surprise me.