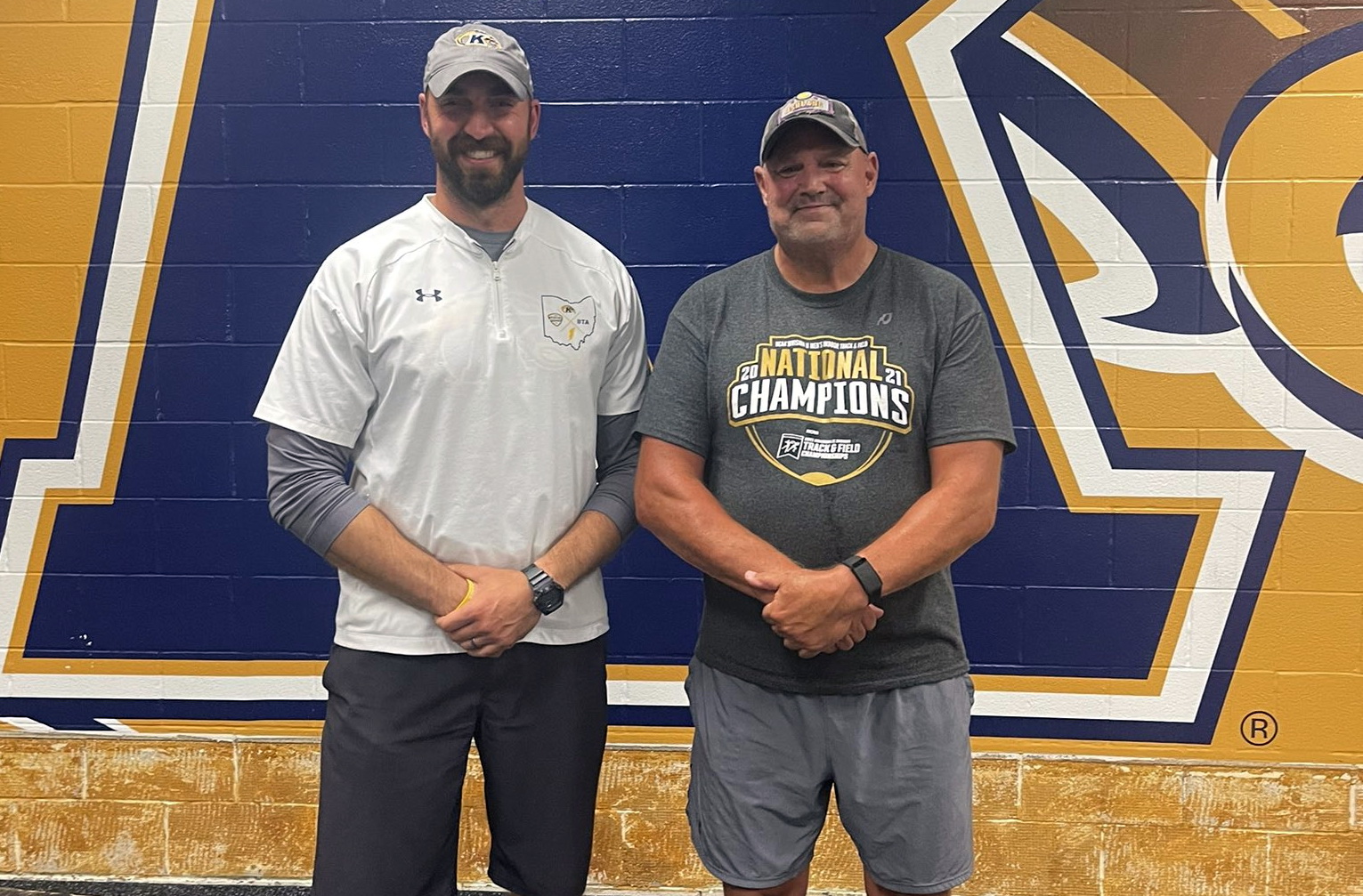 *cover photo: On the right is Jud Logan, on the left is Kent State football coach Sean Lewis. Source: Twitter.

He was hospitalised on Christmas Eve.

The four-time Olympian was enjoying his 17th year as the head coach at Ashland University. His athletes won 59 NCAA national championships since he began coaching in 2006.

It is with the heaviest of hearts that we announce the passing of Head Track & Field Coach, Jud Logan.

Jud was a fighter and an inspiration to all those around him, and all of Eagle Nation offer our heartfelt condolences to his family. https://t.co/UQeGGv12aP

Ashland, University is in Ashland, Ohio. The team nickname is the Eagles and the team are members of the Great Lakes Intercollegiate Athletic Conference. The Eagles have been members of the GLIAC since 1995.

Logan is survived by his wife, Jill, and their three children — Nathan, Jenna, and Kirsten.

The Russian competed in the 1968 Mexico City, 1972 Munich, and 1976 Montreal and 1980 Moscow Olympic Games, winning gold in the first three and silver in Moscow. He retired after Moscow and later moved to Sydney, Australia. He eventually became a coach at St. Joseph’s College, Hunters Hill, a boy’s boarding school.

Saneyev is survived by his wife Yana and their son Alex.