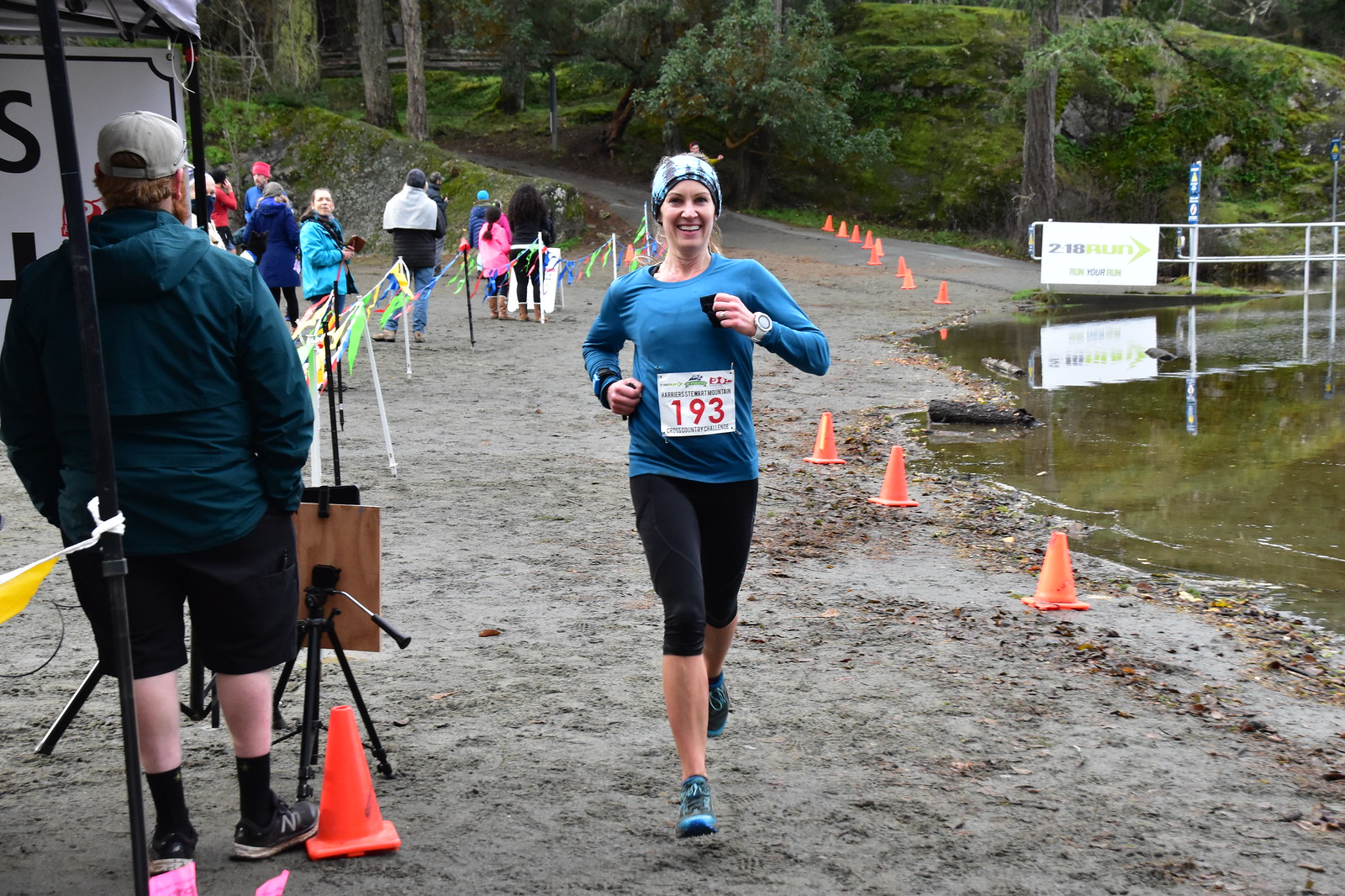 Runners leave the main beach at Thetis Lake and head into the moss-coated woods where they traverse single track and tertiary trails that offer plenty of mud, exposed tree roots, rocks of all sizes, thigh-deep puddles, and slippery bedrock. Sunday, runners were greeted with near-freezing temperatures and sunny skies; it was a welcome reprieve from the incessant rains that have flooded the trails.

The course is challenging enough-so that the approximate 16K distance takes about the same amount of time to run as the 21.1K half-marathon distance.

In the men’s race, it was Tyler Trace for the win in the time 70:10.50. Bryce Molder finished second in the time of 70:10.90. They raced neck and neck throughout and finished on the sandy beach in a hard sprint.

Aaron Holmgren — the pre-race favourite — who owns the 5-mile course record at 31:44 took third after experiencing an ankle twist early on. He persevered and clocked a time of 73:38.15. The 39-year-old won the masters division (35-plus) at the national cross country championships in Ottawa, ON the week prior.

“I haven’t raced that long before,” shared Holmgren. “I twisted my ankle outward at about the 5K mark, so I ended up running a little slower than expected.”

The top master (40-plus) was two-time winner Shane Ruljancich of the host Prairie Inn Harriers Running Club. He finished in the time of 75:31.00.

In the 10-mile race, the age spread was from 12 to 64. Simon Smallacombe finished a few spots head of 64 year old Rob Hare, both (as most runners) laughing at the diabolical course that they had to traverse.

It was the 17th running of the Stewart Mountain 10-mile Challenge. The previous year was cancelled due to the pandemic.