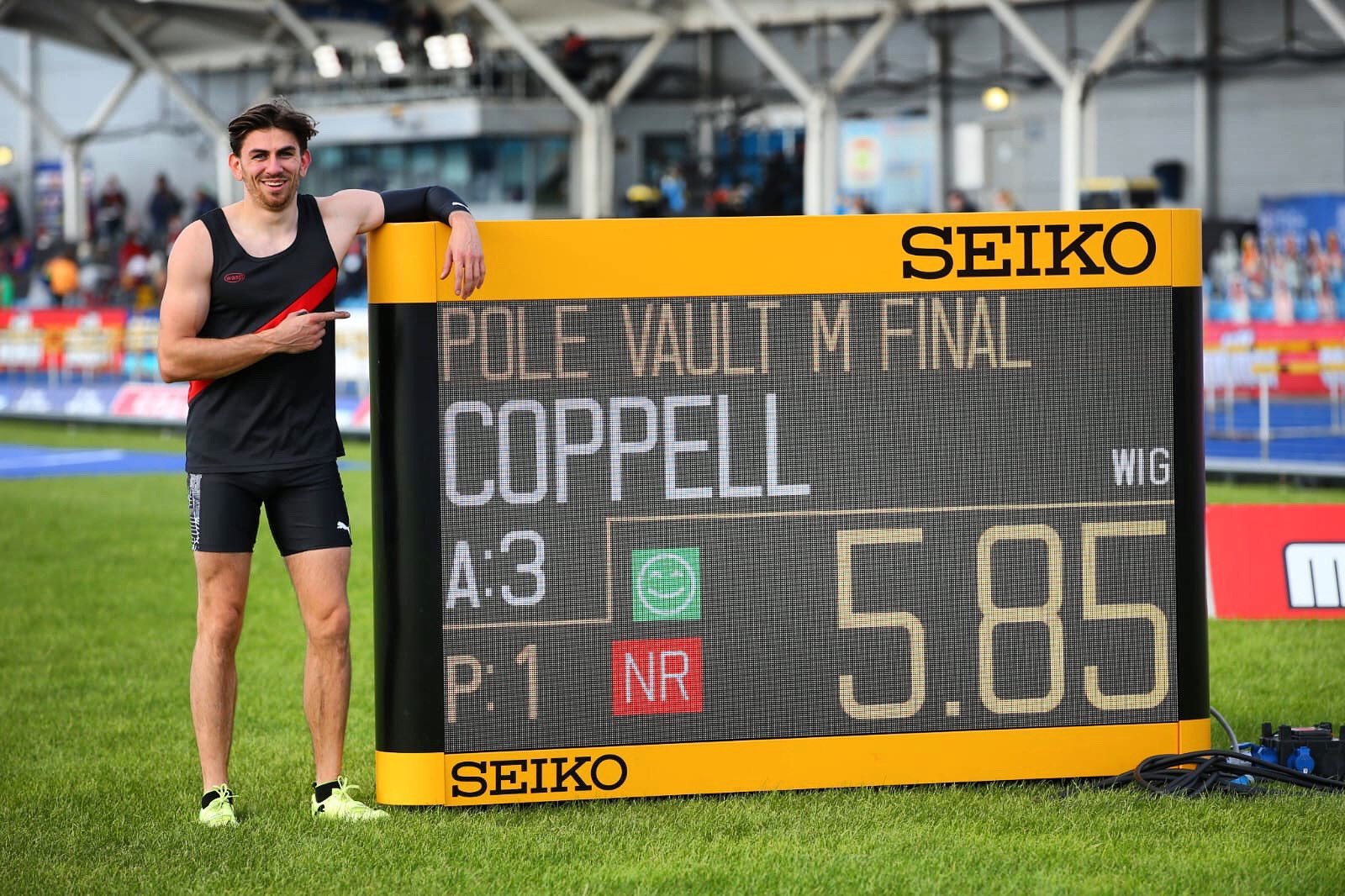 It was a day of records as Mo Farah and Sifan Hassan broke the men’s and women’s world one-hour run records at the Brussels Diamond League meet on Friday.

Coppell, the Wigan & District athlete captured the win when he cleared his opening height of 5.42m.

This actually happened right?! I wasn’t asleep, I didn’t dream it 😂
—
Thankyou to my team 🙏🏼 making moments like this possible 🤩 #britishrecord pic.twitter.com/TxO348ZwP9

He followed that up with a 5.62m vault, which was also cleared on the first attempt before he went 10cm higher and broke the championship record by going 5.72m.

His 5.85m performance is three centimetres higher than the previous record set by Steven Lewis in 2012.

The 24-year-old was injured during the 2019 Doha World Athletics Championships, but he recovered and vaulted indoors to as high as 5.80m this past winter at the Comlexe Kindarena in Rouen, France.