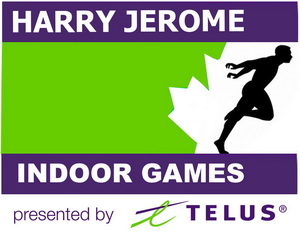 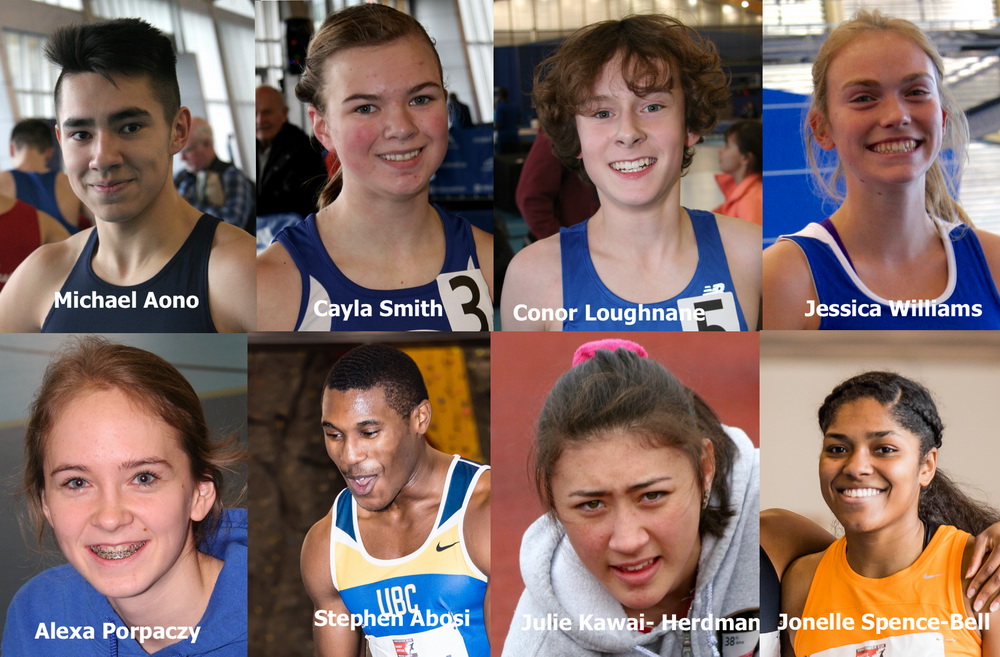 The Harry Jerome Indoor Games presented by TELUS is breaking records before the starting gun fires.  Over 600 entries from athletes ranging from 8 years to 80 years will run jump and throw at the legacy of the 2010 Olympic Games, the Richmond Olympic Oval.

Many see indoor track and field, as a three ring circus with sprints, relay running, hurdles, high jumping and shot putting being done at the same time.  The close quarters of an indoor track on a 200m oval make for spills and thrills with exciting times and close finishes.

Men Watch for Stephen Abosi of Vancouver Thunderbirds as he attempts to defend his top ranking in the 60m. He is a threat to break the meet record of 6.91 seconds as he clocked 6.82 in Seattle last weekend.  Michael Aono of UBC hopes to dip under his person best of 7.01 seconds on this track.  Anastas Eliopoulos of Vancouver Olympic Club will tackle the 60m hurdles.