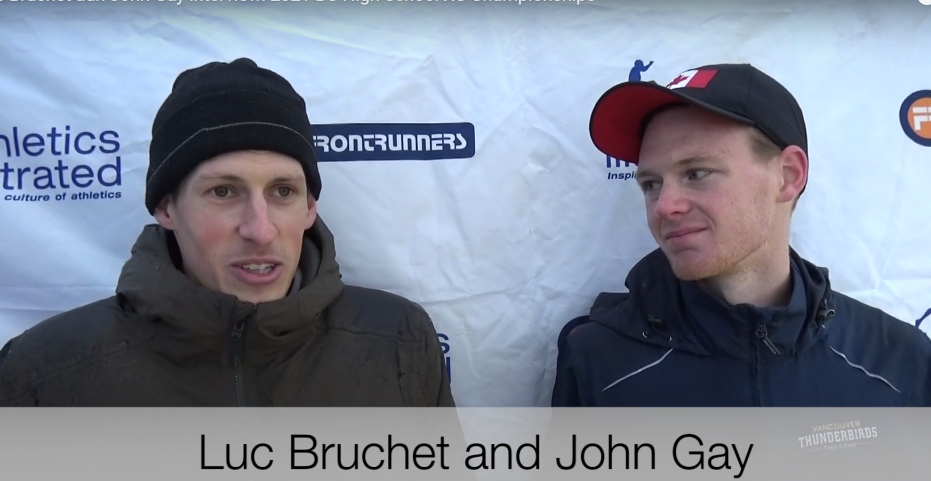 The Harry Jerome Track Classic is the seventh stop of the 2022 National Track Tour and is part of the World Athletics Continental Tour. The meet already has a talented line-up of athletes who have committed to the Tuesday, Jun 14 meeting. More to come.

However, Olympic gold medallist Damian Warner will be a Swangard Stadium. There is no indication if he is competing or not, but he will be “in the house.” In Tokyo, he improved upon his own national decathlon record with 9018 points for the gold medal. It was a tremendous performance, after training during the 2020-2021 winter in isolation and in an empty hockey rink.

The men’s 5000m currently has a small field of talented athletes. The roster should continue to thicken as the meet date approaches. Currently, the race boasts Vancouver’s Luc Bruchet, Canada’s third-fastest 5000m runner and two-time Olympian with his best of 13:12:56 from Swangard Stadium one year ago.

Bruchet’s training partner John Gay, a 3000m steeplechase specialist, owns a best of 13:38.55 for the 12.5-lap event. He is also in the race. Expect Gay to improve on his best, as he has run faster performance-wise in both the 10,000m and steeplechase events.

Each of the athletes will want to compete at the Eugene World Athletics Championships which are taking place this summer. Qualification requires running sub-13:13.50 during the qualification window, which started June 28, 2021, and ends June 26, 2022.

Bruchet ran his 13:12.56 seven days prior to the window opening, however, Canadians will have an opportunity to qualify at the Athletics Canada national trials from June 22 to June 26 in nearby Langley. The national 10,000m trials will take place at the Pacific Distance Carnival at Swangard Stadium in Burnaby (Greater Vancouver) on May 14, which is the first of 11 meets in the national tour.

Lindsey Butterworth has competed in the 2017 and 2019 World Athletics Championships and the Tokyo Olympic Games in the 800m event. Butterworth will be on her home track as she is from Burnaby. The 29-year-old’s best is 1:59.19 last summer.

Olympic racewalker Evan Dunfee will be racing the 10K distance. He earned a silver medal at the Tokyo Olympic Games one position up from his fourth-place effort in Rio five years prior. Dunfee is a three-time national record holder, two of which, the 5000m and 10,000m he has set in Burnaby. The Richmond native has walked as fast as 38:39.72.

Ten-time national champion in the javelin event, Liz Gleadle, is competing. She is the national record holder with a throw of 64.83m. The 33-year-old Vancouver athlete is a three-time Olympian and three-time World Athletics Championships competitor.