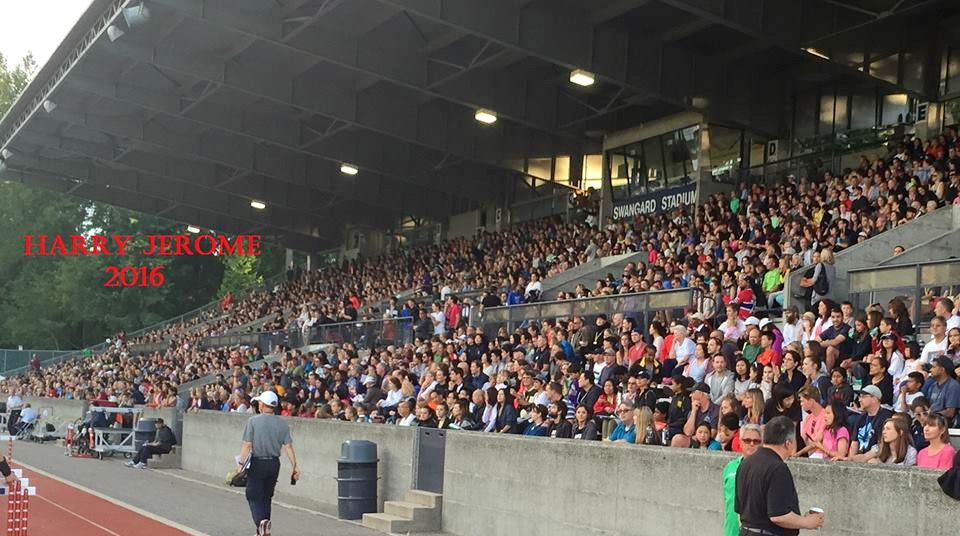 The 2017 Harry Jerome Track Classic will be held in a different location than in past years. On June, 28th the long-running track and field meet will take place at the Town Centre Stadium across the lower mainland in Coquitlam.

The 33-year-old event is the premiere track and field meet in Western Canada. In 2016 much of Canada’s top talent competed at Jerome and then went onto the Rio Olympic Games.

The 2017 edition should be no different.

“As you can see, athletes competed in front of a sold out stadium. This year we would like to have the same again: full house and world class performances,” said Marek Jedrzejek over facebook.

The Percy Perry Stadium at Town Centre Park holds 1600 seated in the covered section, while there are a further 500 spectators spots available, 200 standing and 300 external bleachers, for a total of 2100 capacity.

Percy Perry Stadium is home to the Coquitlam Cheetahs Track and Field Club.

The venue has been used for large scale events such as the annual BC Highland Games and 2010 World Police and Fire Games.

According to Meet Director Doug Clement, “Swangard Stadium may be undergoing a resurfacing at the time of the meet, so that is what triggered our move.”