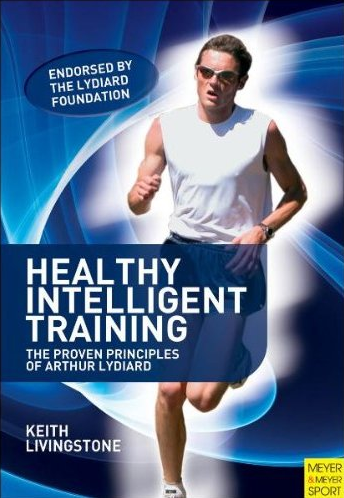 The Arthur Lydiard Phenomenon – A method of any other way could only be of a lesser standard.

Certainly no other endurance pioneer, no matter how successful, could possibly have experimented with or applied as steadfastly in their toil as Lydiard did. Not Percy Cerutty, not Emil Zatopek, nor even Bill Bowerman set research and application parameters as high as Lydiard did.

Keith Livingstone recently gave the legend full-on credit by writing the book, Healthy Intelligent Training, The Proven Principles of Arthur Lydiard. When famed Oregon coach, Bill Bowerman received a special medal from President Kennedy in honor of his contributions for spreading the concept of jogging in America, helping to fuel the initial running boom, Bowerman commented: “I am but the disciple. Arthur Lydiard of New Zealand is the prophet.”

Livingstone sources and includes successfull coaches like Nic Bideau, Barry Magee and Greg McMillan in this reiteration of the famed method throughout the pages. He wrote the book for serious middle-distance runners and coaches so they can gain a greater understanding, in the parlance of today, Lydiard’s method. The system most importantly and to the author’s credit remains in-tact.

During our interview earlier this year Keith said, “The basic premise of Lydiard’s system is incredibly simple, but don’t be fooled by this so-called simplicity. I like the notion that if an idea can’t be outlined on a business card, then it’s too complicated! So if I were to design Lydiard’s business card, I’d say “aerobic base dictates anaerobic training potential.” HOWEVER – and this is a BIG HOWEVER – there is a balance and sophistication about it that can be exquisite in its delivery, particularly in the final touches in track preparation in middle distance.”

There have been no demurrals – only endorsements, most notably by Peter Snell, the most successful of all and an original Lydiard athlete. Lorraine Moller, four-time Olympian and Olympic bronze marathon winner wrote: ‘Keith captures the genius of Lydiard and delivers it to athletes and coaches in a comprehensive and complete form….the Lydiard Foundation has adopted this book as it’s the official text for all Lydiard coaching courses.’

This, of course, provides further credibility to Healthy Intelligent Training, which is now turning out to be a dog-eared resource, which continually slips in and out between the books, The Lore of Running and Once a Runner. They book-end, very literally, HIT’s space on my shelf. So what’s new with the old method then? Nothing of course!

There has been an evolution of sorts, which began as self-experimentation, then the application of it on others, followed by the fine-tuning and finally the legitimization from the science community, which verified the method’s effectiveness – not that world records and gold medals hadn’t already crystallized this, but brought about physiology’s confirmation in the eyes of the many who possess a distrust of anything not appearing scientific-like. Healthy Intelligent Training now joins in on the evolutionary process of almost-paradoxically preserving the method yet creating acceptance by the modern-day sticklers for language symmetry. Oh, those wacky wordsmiths over at Let’s Run’s world-famous discussion boards.

Healthy Intelligent Training is as thorough as it is a layman’s read from the Acknowledgements right to the Bibliography. Livingstone’s appeals to the reader to understand the holism of what they are doing, as much as sticking to the method’s non-negotiables like the weekend (LSD) Long Slow Steady Distance run, stays as much to the spirit of Arthur Lydiard as anything that has passed before, perhaps including Lydiard himself.

The very first time I read the book, after highly anticipating its delivery, like a Christmas Day gift opening, I sped through the pages at an alarming pace. I found myself nodding and being pleased that the very method I have learned through ad-hoc and random online research and communications with anyone who was associated at some point with Lydiard including the energetic co-founder of the Lydiard Foundation, Nobuya ‘Nobby’ Hashizume was being confirmed with every page turn. This affirmation continued to the end and is reignited every time I feel the need to confirm a piece of the puzzle.

Breaking down the language barrier

Arthur was often referred to as being just scientifically knowledgeable enough to be dangerous. For example, he would call ‘anaerobic threshold’, aerobic threshold. The meaning to him and the means to which one attains a greater aerobic capacity through capillarization and general cardiac development never changed, only here the meaning takes on new words. You will notice this rife through Lydiard interviews, which are scattered throughout the internet but centralized in a cache at the Lydiard Foundation. Get past the language barrier and understanding becomes you.

Understanding and appreciating the holism

Make no mistake Lydiard’s famed method is all about peaking. Although he did later succumb to the masses (or perhaps a book publisher) and created a schedule for those who like to race year-round, his success is from the peaking method that he developed and perfected over nearly 50 years of work in the school of hard knocks, his laboratory, the roads and trails of New Zealand.

There needs to be a balance of aerobic conditioning, strengthening, anaerobic training, speed work, and sharpening and must be carried out in the correct order. A manifestation of the disconnect between Lydiard and the runners who think they know what’s best reared its head many times and showed up at a track one day, for example, where Lydiard had an Olympic athlete doing anaerobic training – not to be confused with speed training. He was asked by some students how many laps or how fast the runner was going, Lydiard didn’t know or really care, the kids were confused, expecting finite numbers from the legendary coach and his international athlete. The holism of the training, in this particular example, is about trying to create oxygen debt and systemic, acidic blood ph. Anaerobic training is anaerobic training whether you measure it or not. This point is sadly lost on many.

Understanding the holism of training is just an easy read away. Healthy Intelligent Training, will if anything, help anyone understand the proven principles behind the most successful endurance training method ever. When I ordered my copy, it took a few weeks to arrive but was well worth the wait. Although in online pictures it appears thin, it isn’t. There are roughly 260 pages. As a read, it is written in a fashion that runners and coaches of any age and level of education will appreciate the thorough, yet near layman’s reiteration on the Arthur Lydiard method of training. It contains just the right amount of scientific information, real-life examples and contributions from notable coaches and athletes to mix up the training lore. The cover displayed at Amazon doesn’t look as appealing as the cover you receive. Mine, as shown above, has Craig Mottram on it, running of course.