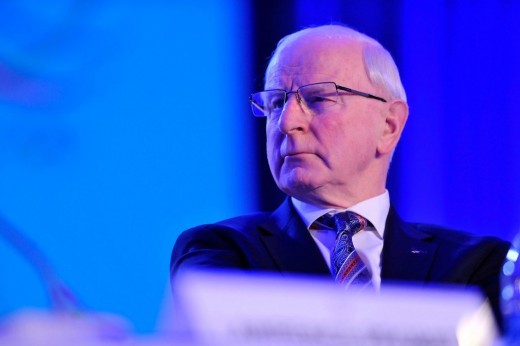 International Olympic Committee (IOC) member Patrick Hickey is still being held in jail until further notice here after police claim to have uncovered email trails between him and Marcus Evans, the head of THG Sports, dating back to 2010.

The emails, some of which were distributed here today, discuss ticket sales for the Olympic Games here between Hickey, President of the Olympic Council of Ireland (OCI) and Evans.

THG Sports were not being the authorised ticket reseller (ATR) for the OCI and had no rights to sell tickets for Rio 2016, a contract awarded to Pro10 Sports Management.

THG Sports held the OCI contract for London 2012 and Sochi 2014 but Pro10 Sports Management were appointed for Rio 2016.

The emails, though, appear to show discussions between Hickey and Evans took place about allocations for the Opening Ceremony of Rio 2016 as recently as two days beforehand on August 3.

The 71-year-old Hickey, a member of the IOC ruling Executive Board and President of the European Olympic Committees, remains in Rio’s notorious Bangu Prison as his lawyers attempt to negotiate a move out of there and for him to be held under house arrest.

Police officials have estimated, however, that he could be held for “two to three months” in Bangu Prison until a trial can take place.

It is thought a process to assign a court date and judge for Hickey is being delayed due to a backlog of court cases, partly due to the impact of the Olympic Games.

Cases will be processed as they come in, with Brazilian judicial officials saying there is no chance of Hickey being fast-tracked.

When asked how long it could take to come to court, police officer Aloysio Falcao said: “Because it is a very complex case, maybe two to three months.”