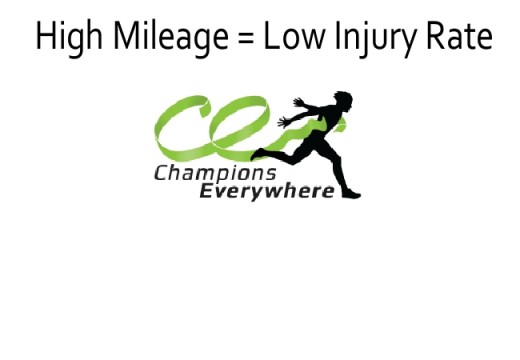 To find the reason, we must go back to Hippocrates who said “Motion is life” and look at the implications it has when analysing the life of the average modern runner: sedentary, inactive and often unhealthy from poor nutrition and long stressful work hours. As a society we rely on “band-aid solutions” such as NSAIDs to control inflammation, orthotics and cushioned shoes to fix our misshapen feet, and surgery and physical therapy to repair the damage done by improper use of our joints. All the while the obvious solution stares us in the face. Gray Cook, creator of the Functional Movement Screen, summarises it neatly:

If motion is life, many of us have lived much less than we should and as we arise from our seated postures to tug on our pair of big clunky runners to ensure our atrophied lower legs do not get hurt, we naturally adopt a morphed version of the natural running posture as our muscles seek to align themselves into a pattern they are familiar with, the nice forward-hunch of modern man. Homo erectus, all of them, may well be rotating in their graves.

Sprint coaches have been among the first to appreciate the value of first ensuring basic fitness, then perfecting running form and then, and only then, progressing to specific and more strenuous work. The seminal writings of sprint coach Bud Winters show an acute understanding that even in a sport where runners rely mainly on alactic and anaerobic energy resources, building an aerobic foundation slowly while putting primary emphasis on relaxed proper running form is crucial for all future success. Winters outlined this in three of his fourteen main training schedule principles in “So you want to be a sprinter”:

1. You will build a foundation of stamina and then develop speed gradually. This will prevent injury.
2. For the first month of training you will do no speed work and you will not time anything.
3. You will develop speed by doing a great deal of short, fast work and by improving your sprinting form.

Redefining the role of the coach and athlete 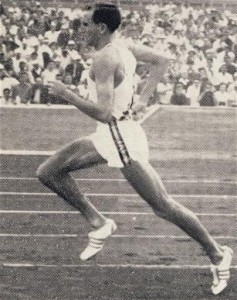 From my own experience with the 33 injuries, I managed to accrue over a four year period and later observations working with athletes of all sizes, shapes and backgrounds, it has become self-evident to me that the large majority of modern runners do not possess the necessary prerequisites to undertake high-volume aerobic training such as that mandated by a Lydiard-inspired training programme. This prequisite is simply “running well” or “running naturally”. Dr Mark Cucuzzella, another Lydiard-inspired coach and founder of the Natural Running Centre, arrived at this conclusion around a decade ago and has sought to educate runners on how to restore the best possible natural movement patterns and then gradually moving on to increasing their mileage from that point. We should follow his lead and view it as an absolute necessity for the next generation of coaches to either collaborate with a human movement or natural running expert who truly understands the basic mechanisms of running or to educate themselves inside this field. Once you can correct the basic functional issues within each athlete, their training capacity increases dramatically and by teaching each athlete the skills necessary for regular self-assessment, or by re-assessing them regularly, issues that creep up can be corrected before the need arises to treat actual injuries.

We are possibly fifty to sixty years late reaching this conclusion, however, and it is a pity that so much of Australian coach Percy Cerutty’s teachings have been left unheeded, perhaps as a result of his tempestuous reputation, for he lays out this piece of advice in his 1960 book “Athletics – how to become a champion”:

“It is so evident to me that it is useless to train long and seriously until a tyro has mastered the elements of correct movement as I teach it, that little running is done in the initial stages. Every effort is made to acquire the use of the self: to be able to put tension into the musculature and to remove it, at will, consciously and with full control.” – Percy Wells Cerutty, “Athletics – how to become a champion”

What is correct posture anyway?

This previous October, I had the fortune of meeting one of the most effective teachers on how to “master the elements of correct movement” as Cerutty described it: Antony Riddle, the director of PilatesRunning.org and Gloves Boxing Club in London. Tony, as he prefers to be called, places the attainment of correct posture as the first point of attack for coaches and athletes even before you begin practicing proper movement patterns actively. Each movement has an ideal starting point, which is the posture, but while we are all used to talking about “good posture”, very few of us can identify the specifics of what constitutes “correct”. 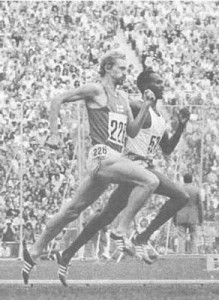 When Tony described the ideal posture for running, his words essentially echoed Cerutty’s description: “They stand absolutely erect – heads carried in perfect alignment with the spine, which is nearly straight, and the feet approach the ground swung forward by the legs, not unlike the movements of the gazelle in uprightness and the easy grace of the blood-stock horse.” How then, do we as coaches and athletes retrain ourselves to move better? Studies have shown that focusing on your running form during your workouts has several negative implications such as decreasing your running economy because your movements become increasingly less intuitive as you try to “micro-manage” your stride. The running stride is a very complex set of smaller movements, impossible to consciously control, so we should not be surprised that trying to forcefully modify your gait while running will invariably fail. The modern habit of looking to symptoms rather than root causes strikes again here: your running style is not a cause in itself but rather just the result of your posture and all the previous use your body has seen in its life-time. Throughout your life every time a fight, flight or trauma response is triggered, your nervous system sends electric signals for muscles to tense up and contract. Some of this tension becomes residual and changes the runner’s posture as muscles pull tendons and bones in different directions. As each life is unique, so is the profile of each runner, truly as Mark Wetmore, the Colorado Buffaloes coach, notes “a unique puzzle”.

Correcting posture requires more than the ability to recognise poor posture: we need the ability to prescribe exercises and drills to entrain the movement patterns desirable for the sport of the athlete. With some training, we can learn how to fix undesirable movement patterns and the proper corrective training techniques can be prescribed. Having the right level of expectancy is crucial here: new movement patterns can be ingrained within days if practiced rigorously. During my own consultation with Tony Riddle, he sternly challenged me to never let more than 72 hours pass between each session of drills, and to preferably implement as many of the movements in my daily routines as possible. Mark Cucuzzella has repeatedly stated the known medical fact that tissues and tendons left shortened from constant compression of the adjacent muscles, such as the common case of the Achilles tendon shortening from wearing shoes with an elevated heel forces a degree of chronic compression of the calf-muscles, generally need about six weeks to lengthen again. During this period athletes will be vulnerable: even if they have assumed a better movement pattern and adopted more minimalist footwear to complement it, their tendons and ligaments may not yet be ready to carry the training loads they could prior to the change.

What does all this mean in the context of removing the scourge of regular injuries and allow the majority of our runners today to safely build up to a high level of activity without any fear of chronic or repetitive stress injuries?

International Women’s Day: Title IX allows biological males to compete in women’s sports in the U.S. this must end

Poll: should supershoes be banned?