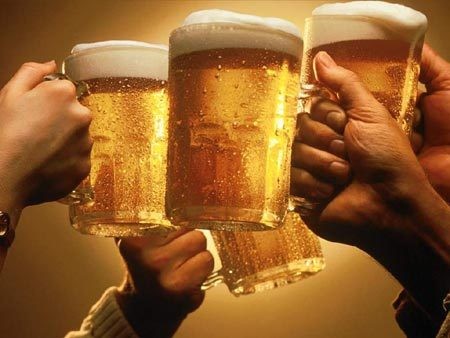 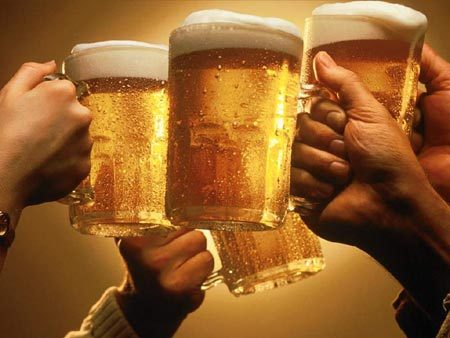 You see people out on their daily walk or jog. They carry their water bottles or have affixed an apparatus around their middle to store water. You know the contrivance, the ones which resemble the Atlas Missile Silo. Or more fascinating is the propensity to garnish oneself with a bat utility belt (BUBs). They load the contraptions to the hilt. BUBs are manufactured so they may contain enough armaments to fuel the entirety of the Chinese army, during a tea revolution.

Okay I will wear one, but load mine with a dark lager.

Runners going the marathon distance or shorter, need not port water in training, it’s a fallacy. This is why homes are outfitted with faucets and gas stations provide water complete with a black rubber straw.

Here is a tip:

If you are overheating WEAR LESS EQUIPMENT! You may sweat less.

There are 24 hours in each day, yet many runners and joggers wait until they are out the door before drinking fluid. They carry the water in unhealthy plastic containers honoring said flask like a personal Buddha.

Let’s just say we sleep on average 8 hours per-day, unless of your name is Bill Sullivan. Now we have 16 hours a day in which we can consume fluids, THIS IS A LOT OF TIME.

I feel a sandwich coming on. For the UFC/MMA fighters who are reading, here’s some good news:

DRINKING BEER, ESPECIALLY DARK BEER AFTER A RUN IS A GOOD IDEA.

Thank you Professor Manuel Garzon! Professor Garzon of Granada Medical Faculty in Spain made a discovery after he tested 25 students over several months. The students ran on a treadmill under high temperatures of 40C (104F) until they were close to exhaustion. Once they were at the point of giving up, researchers measured their hydration levels, concentration and motor skills. Half were then given two half pints of Spanish lager to drink, while the rest were given water.

Professor Garzon found that the re-hydration effect in the students who were given beer was “slightly better” than among those given only water. THAT’S ENOUGH EVIDENCE FOR ME! CASE CLOSED.

But wait there’s more! Juan Antonio Corbalan, a cardiologist who has worked with Real Madrid Football and Spain’s national basketball team, said “beer had the perfect profile for re-hydration after sport.” He added that he had long recommended barley drinks to professional sportsmen after exercise.

Dr. James Betts, an expert on nutrition and metabolism at Bath University, said “a moderate amount of beer might be just as good as water at helping the body retain liquid.” He believes the carbon dioxide in beer helps quench the thirst more quickly, while beer’s carbohydrates replace calories lost during physical exertion.

IT’S AMAZING WHAT PEOPLE WILL DO FOR BEER.

Ever had to move furniture or build a fence? Call up the boys and offer up some beer. I once moved an entire 4000 square foot household on two cases of beer and a pizza. We used to count entire retail store inventories on a stack of meat lovers pizza and crisp, cool beer, which provided a gentle, nutty-chocolate, yet bitter-sweet palette, replete with a distinctive hoppy and bold-floral finish.

1600 BC Egyptian texts contained 100 medical prescriptions calling for beer. I bet they built the Pyramids on beer! These Egyptians brewed beer commercially for use by royalty served in gold goblets for medical purposes and as a necessity to be included in burial provisions for the journey to the hereafter. YOU CAN TAKE IT WITH YOU!

In 1418 Henry the V supplied his troops with beer in the siege of Rouen and they won! Soldiers in the revolutionary army received rations of a quart of beer a day.

Forget the bat utility belt! Outfit me in a camelback, fill it with a mini-keg of Guinness; I’m going for a 20 miler!