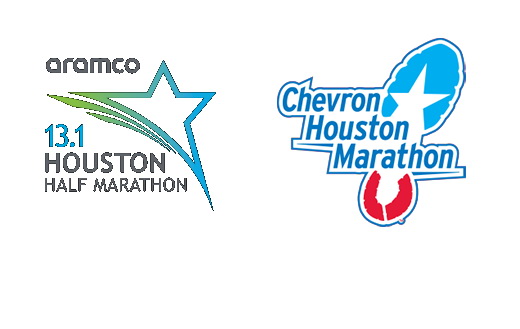 The 48th running of the Chevron Houston Marathon will take place on Sunday, January 19, and as usual, the organisers have assembled a strong field for the event as well as the 18th running of the Aramco Houston Half Marathon that is run at the same time.

Leading the men’s marathon elite list is Kelkile Gezahegn of Ethiopia. His personal best is 2:05:56. Hassan El Abbassi of Bahrain is seeded second and owns a best of 2:04:43 and a half-marathon best of 59:27 – each was set in 2018 and both in the city of Valencia, Spain. His marathon best is a Bahraini national record. Morocco’s marathon record holder is Jaouad Gharib set at 2:05:27 in the 2009 London Marathon.

Gezahegn set his personal best in Rotterdam two years ago at the age of 21. Just one month past his 20th birthday at the Hefei, China marathon. He finished at the time of 2:08:54. If the weather is favourable, he could run at least into the low 2:04s.

John Langat of Kenya with his 2:07:11 personal best is seeded third.

Scullion is an interesting case. He will be looking to avenge a wrong turn in Houston 2019. Despite the extra distance that he ran in Houston set a then-personal best time of 2:14:34 and finished 10th – it is unknown how much extra distance he covered in the race. He then set a personal best of 2:12:01 during the Dublin Marathon, finishing second. He competed in the 2019 World Athletics Championships in Doha, running a 2:21:31 is temperatures that were well over 30C.

Antonio Uribe Marino is listed as having a best performance of 2:14:45 from 2018. That time perhaps is more relevant to his current fitness, however, the 33-year-old Mexican four years earlier ran a 2:08:55 in Houston.

The top-ranked non-East African is Alexi Pappas of Greece, with a best of 2:43:38. How she is ranked above Ethiopian Ayantu Dakebo Hailemaryam with a best of 2:30:06 and Canadian Malindi Elmore with her 2:32:15 is a mystery. None of her other distance bests speak to running any faster of a marathon than she already has. It simply must be an error.

Eight of the top-30 men that are seeded own half-marathon personal bests under 60-minutes. Seven of them are East African, one is Jake Robertson of New Zealand, who has been training in Africa for all of his adult life. He is seeded second and owns a best of 59:58.

The top seed is Ethiopian Shura Kitata with his 59:16. The third is Kenyan Bernard Kipkorir Ngeno who has run as fast as 59:07.

Robertson’s 59:58 is not legal according to World Athletics, but they list the performance from South Shields, GB which was run in Sept. 2018. His legal best is 60:01 from Lisbon, POR in 2017. The question isn’t really how well Robertson will run Houston – he will be competitive – it is how well he will do in a winter or spring marathon as he tries to qualify for the 2020 Tokyo Olympic Games. His marathon best is 2:08:56 from March 2018, he appears to have another minute or so in him. The 2:08:56 is a time that is internationally strong and well under the current Olympic standard, but won’t get him on the podium against a plethora of 2:04-running East Africans.

His brother Zane owns the New Zealand record of 2:08:19 from the Gold Coast Marathon from July 2019 – so athletics fans should keep an eye on the Robertson brothers this spring.

The top American is Jared Ward with a best performance listed as 1:01:42. The top Canadian is Cameron Levins. He is the national record holder in the marathon, which he set in Toronto 2018 with his 2:09:25.

It is unknown whether Levins will attack the current national record of 61:28 set by Jeff Schiebler from Tokyo 1999. He is likely hoping to simply run well after not being able to compete in the Toronto Marathon in October because of injury. His best is 62:15 from Valencia 2018. Nationally, only Simon Bairu (62:08) and Schiebler have run faster.

Nine women that are listed to toe-the-line in the half-marathon have run the distance under 70-minutes. They are led by Caroline Chepkoech Kipkirui with a 65:07 best. The 25-year-old Kenyan set that time in Feb. 2018 in Ras Al Khaimah, United Arab Emirates. The performance is tied as the eighth fastest half-marathon all-time with the legendary Florence Kiplagat. The world record is a pending performance of 64:28 by Kenyan Brigid Kosgei.

Nineteen of the top 22 performances all-time are owned by Kenyan athletes.

Lonah Salpeter of Isreal is ranked second based on her listed personal best of 66:09 and two seconds back is Ethiopian Gelete Burka.

The top non-East-African is American Molly Huddle with her best of 67:25. Fellow American Jordan Hasay, who just switch coaches to Paula Radcliffe while also being partly self-coached has run a 67:55. She had a hamstring injury that stopped her very early in the 2019 Chicago Marathon. Americans will be watching this performance closely.

Two Canadian record holders are in the race. Rachel Cliff who owns the two fastest marathon times and at least the two fastest half-marathon performances with her best at 1:10:08 from Dec. 15, 2019 – Houston may be her opportunity to crack the 70-minute benchmark if she is in the same form as a month ago.

The top British athlete is Stephanie Twell at 70:52.

This is the first year that both the marathon and half-marathons are World Athletics Gold Label races.

“The awarding of gold label status marks the culmination of many years of dedication to the elite athletes in our sport,” said Chevron Houston Marathon Race Director and Board President Brant Kotch. “We are proud to showcase our support of these athletes through this recognition and feel it further emphasizes our commitment to clean sport.”