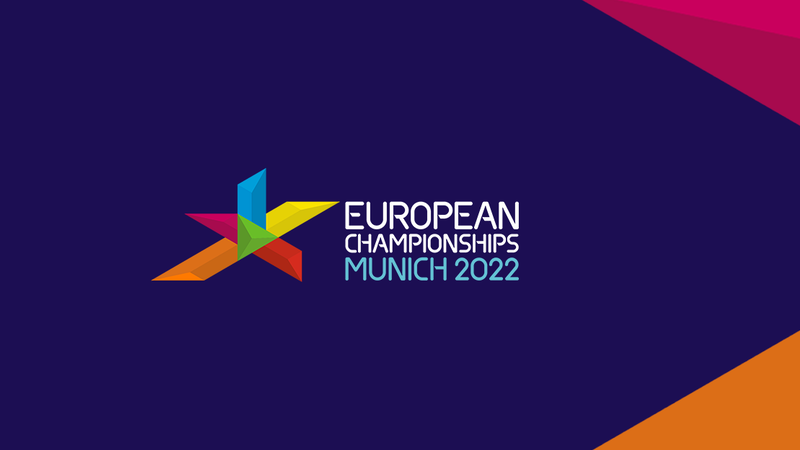 Defending champion, Hudson-Smith rounded off a terrific season to take gold in a race he dominated from the final bend finishing in 44.53.

He began as the favourite, and it never looked like it would be anything other than a first-place finish as he ran a controlled race. In May he had broken the British record, held for 25 years by Iwan Thomas, by 0.01 seconds, in 44.35. Hudson-Smith has now completed his hat-trick of medals in major championships in one season following his bronze at the Worlds in Eugene and silver at the Commonwealth Games.

He said, “It was a good victory and I did exactly what I wanted to do, I’m so happy to be European champion again.

“I wanted to wind it up and try and be calculated, try and go for the gold. I think people thought I’d go out absolutely blazing on the backstraight, so I used them and I controlled it and wound it up.

“It has been a busy summer, but I am so pleased to be able to compete against the best in the world, there’s not much you can ask for really. It’s not over yet. I’ve got the relay and we really want to show that GB 4×400 is back. This victory is a testimony to my coach and my team around me that we are on the right track, and we’ve delivered this year.”

Alex Haydock-Wilson, who had just missed out on the World Championships final last month despite setting a lifetime best time of 45.08, went out very hard in the one-lap race and was leading on the first bend. As his compatriot sailed past him on the final bend, Haydock-Wilson really dug deep and with a final dip on the line secured bronze by a fraction of a second, in 45.17.

The 2019 European U23 relay silver medallist was delighted, “Wow! This means so much, just what this represents – it’s more than a piece of metal, is a culmination of so much hard work, so much pain, so much joy as well. So many people who have poured themselves into me becoming better and now I owe them a lot. This medal is one way of repaying them and I know there will be so much more to come.”

In the women’s 400m, Victoria Ohuruogu continued her impressive summer with fourth place in 50.51, just a hundredth of a second outside her personal best which she set on Tuesday in the semi-final.  Despite a very strong final 100m she had left herself too much to do as Fenke Bol (NED) won the first of a potential record-breaking double.

After her silver at the Commonwealth Games and semi-final place in Eugene, both in new personal bests, Ohuruogu reflected, “I really wanted a medal but if you take everything into consideration, I have nearly run my PB again today. So I’m happy I came fourth at my Euros, I beat quite a few big names too, so it has left me feeling really confident heading into the 2023 season.

“I’ve never done for back-to-back Championships before so it has been a bit of an experiment. But I am proud of myself how I have handled it.”

In the 110m Hurdles final, Andrew Pozzi (Stratford-upon-Avon) crashed into an early hurdle and couldn’t recover to get in the medal mix finishing sixth in 13.66.

Earlier in the evening after the first of the three semi-finals, the former European and World Indoor champion, who recently took bronze at the Commonwealth Games, had to endure a long wait following his third-place finish in 13.48.  He started very well and was leading after 60m but faded in the final third of the race eventually progressing to tonight’s final as one of the two fastest non-automatic qualifiers.

Reflecting on the day he said, “Unfortunately it was not the European Championships I was hopeful for, I just struggled a little bit.

“Unfortunately I’ve been fighting a battle with rhythm I think for a lot of the year and just struggled to get on top of it and that’s disappointing, I know I can do a lot more and do better, but I worked as hard as I could all season but unfortunately we didn’t quite reach the aims I had for myself.

“It’s been a year of work certainly and a lot of championships and the hope is that all this will help us next season when we refresh and go again.”

At the start of the evening session, Miguel Perera (Laura Turner-Alleyne; Harrow) did not progress in the 110m hurdles but came away with an excellent personal best of 13.58. In the final semi, David King (Tim O’Neil; City of Plymouth), a semi-finalist in the World Championships in Eugene, finished fifth in 13.73 which was not enough to progress.

Commonwealth silver medallist, Molly Caudery (Scott Simpson, Thames Valley) was equal seventh in the pole vault. She cleared 4.55m on the third attempt but was unable to progress further after three run-throughs so was eliminated from the competition.

She said, “I can’t complain with the height. It might be the second highest clearance I’ve ever jumped. I’d be lying if I said I wasn’t a little bit disappointed to have three run-throughs at my final height though. I was just feeling a little tired at going at near PB height so I just couldn’t manage it today.

“But I am in the top eight and it was a great experience out there and I really enjoyed it.”

Sophie Cook equalled her lifetime best of 4.50m in qualifying on Monday but was unable to match this in tonight’s final clearing 4.40m to finish in ninth place after three fouls at 4.55m. She was happy with her performance and championships, “It was a great experience, amazing atmosphere, and I am really happy with my performance. I’m super positive leaving this Championship, I’ve jumped a PB, really pleased with my first-time clearances today, shame I didn’t get 4.55m, but I cannot be unhappy with that.”

In his European Championships debut, Ben Williams (Aston Moore; City of Stoke) finished sixth in the triple jump. Starting well with a solid 16.66m he followed this with two no-jumps. With a heavily strapped leg, he was unable to improve on that first jump.

He was understandably disappointed, saying, “It was an uphill battle. Round one, I hurt my knee and it was agony from then on. It’s frustrating because at the Commonwealth Games, I couldn’t get my run right and my knee was perfectly fine. Today, the run was fine, but the knee wasn’t playing ball. 16.66m, 6th in Europe, on one leg isn’t so bad, but 16.94m for a medal I’d snatch at that chance.

“It’s been hard since the worlds. There has been a lot of fluid in my patella tendon, potential tear, agony walking-down stairs. I just couldn’t work through that right knee which is unfortunate.”

O’Dowda, who picked up an excellent bronze medal at the Commonwealth Games, threw 12.98m in the shot put and followed it with a 24.80 in the 200m this evening. Earlier this morning she finished in 13.72 in the 100m hurdles and soared to an excellent PB 1.80m in the high jump. She summarised her day, “Overall I am really happy. My hurdles was solid and I’m super-super happy with the high jump! It was really good and I am so glad to have finally done 1.80m.

“The shot I was a bit disappointed with. It just didn’t feel right, and my final throw was ok. It’s not awful but it’s not great but I can’t do anything about that now.

“The 200m was good – I’m faster than I was in Birmingham which was nice. Three more to go and having done a heptathlon 2 weeks ago I wasn’t sure how it was all going to be, but I feel ok and I’m looking forward to tomorrow.”

Having started the season with a personal best points of 6260 in Gotzis and a fourth place in Birmingham this is her third heptathlon of the summer. Mills summed up the first day as one of disappointment and tiredness, “To be honest every event has not gone how I wanted it to. The hurdles didn’t feel too bad but it was slower than I thought it would be. The high jump I just struggled to get my rhythm together so that was a bit down. The shot wasn’t the worst as I was back over 13 but it’s still down on what I’m capable of.

“And in that 200m I just felt tired from start to finish and I’m not entirely sure why. My body just wasn’t reacting off the floor. So, it was a disappointing way to end the day.”