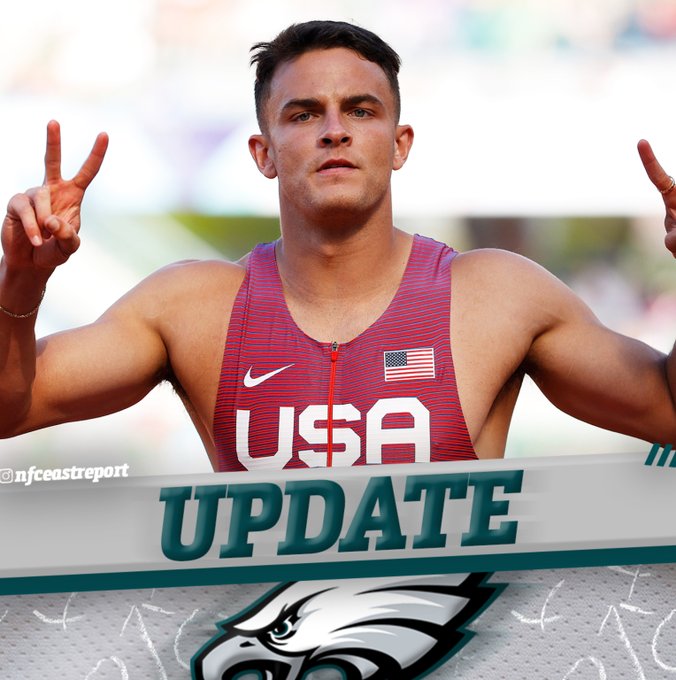 The play happened during the third quarter of the Eagles’ preseason game against the Cleveland Browns. Allen sprinted through the Brown’s secondary and reached out to catch the aerial pass, then hit the turf in the end zone for the touchdown play — it was a great effort. He was all alone, as he separated himself from the defense with his speed.

Need a MPH on this route asap. @DevonAllen13

Allen is a four-time Diamond League and three-time USATF national champion in the 110m hurdles. He owns a best of 12.84 seconds. The world record is 12.80 seconds by Aries Merritt set in Belgium in 2012. Allen’s best is the third-fastest of all time.

The 27-year-old Phoenix, AZ native, competed for the University of Oregon Ducks in football and ran the 110m hurdles, which he chose over football professionally. He went on to compete in the 2016 and 2020 Olympic Games finishing fifth and fourth in the finals of each, respectively.

Allen signed a three-year contract with the Eagles but has yet to play in a regulation game as a professional football player. Sunday, was one step forward in that direction.

He was disqualified from the 2022 Eugene World Athletics Championships final due to a false start. It is largely seen as a failure on the sport of athletics to the showcase event.