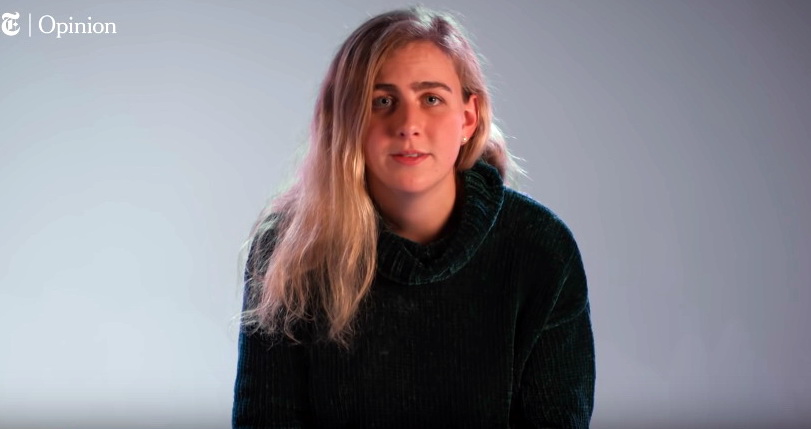 Mary Cain’s male coaches were convinced she had to get “thinner, and thinner, and thinner.” Then her body started breaking down. At 17, Mary Cain was already a record-breaking phenom: the fastest girl in a generation, and the youngest American runner to turn professional. In 2013, she was signed by the best track team in the world, Nike’s Oregon Project, run by its star coach Alberto Salazar. Then everything collapsed.

Her fall was just as spectacular as her rise, and she shares that story for the first time in the Video Op-Ed above. Instead of becoming a symbol of girls’ unlimited potential in sports, Cain became yet another standout young athlete who got beaten down by a win-at-all-costs culture. Girls like Cain become damaged goods and fade away. We rarely hear what happened to them. We move on. The problem is so widespread it affected the only other female athlete featured in the last Nike video ad Cain appeared in, the figure skater Gracie Gold.

When the ad came out in 2014, like Cain, Gold was a prodigy considered talented enough to win a gold medal at the next Olympics. And, like Cain, Gold got caught in a system where she was compelled to become thinner and thinner. She developed disordered eating to the point of imagining her own death. “America loves a good child prodigy story, and business is ready and waiting to exploit that story, especially when it comes to girls,” said Lauren Fleshman, who ran for Nike until 2012. “When you have these kinds of good girls, girls who are good at following directions to the point of excelling, you’ll find a system that’s happy to take them. And it’s rife with abuse.”

We don’t typically hear from the casualties of these systems — the girls who tried to make their way in this system until their bodies broke down and they left the sport. It’s easy to focus on bright new stars while forgetting about those who disappeared. We fetishize these athletes, but we don’t protect them. If they fail to pull off what we expect them to, we abandon them. But Mary Cain’s story isn’t over. By speaking out, she’s making sure of that.

http://nytimes.com/video ———- Whether it’s reporting on conflicts abroad and political divisions at home, or covering the latest style trends and scientific developments, New York Times video journalists provide a revealing and unforgettable view of the world. It’s all the news that’s fit to watch.