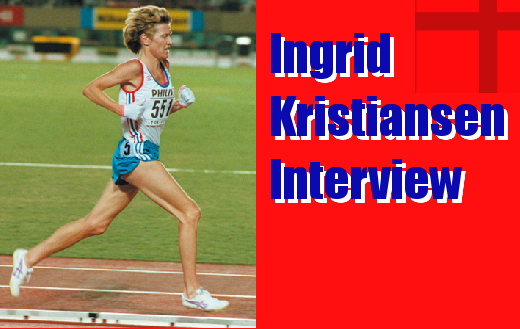 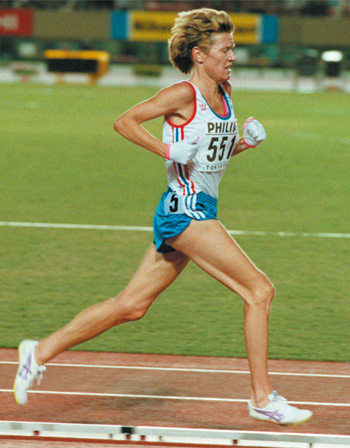 Ingrid Kristiansen was the first athlete to win world titles in all three running disciplines of track, road and cross country. She also held world records in three different distances in the 5,000m, 10,000m and the marathon events.

As an elite nordic skier from Norway, she developed great fitness in that sport first, which helped her transition into becoming an international-level runner. Although she did not become an Olympic champion, she did win gold medals at the IAAF World Track and Field Championships, which were every bit as valuable with her 10,000m gold from Rome, Italy in 1987 and a bronze in the inaugural Sittard, Netherlands championships in 1980 in the 3,000m distance event.

She may be best known for her prowess in the marathon, with her one-time world-best of 2:21:06 (1985) being a very competitive result today, 19 years later. She is also a three-time winner of the Stockholm Marathon, two-time winner in Houston and has won both the New York City Marathon and the B.A.A. Boston Marathon. At least 11 times she ran under the 2:30:00 benchmark.

Today, she continues to train and lead a healthy lifestyle running and nordic skiing in her native Norway.

Christopher Kelsall: How did you come to discover running?

Ingrid Kristiansen: I was a cross-country skier, but I ran a lot during the year for preparing for the ski season. I went into some running

competitions and did well. After that I became a runner.

CK: Which of the three world records that you accomplished among the 5,000m, 10,000m and the marathon do you feel was your best performance?

IK: I think my 10,000m was the best.  And I felt the race was very good. I passed all the other runners within 1st, 2nd or 3rd laps, so I had no competition. I had a rabbit for one to two laps, but she ran the first lap in 80 seconds so she ran eight seconds too slow from the start, bad for me, but I passed her and told her that I want to do the race my way. But when I look back I also think the marathon record was good. The record stood as a world record for 13 years and I know very many good runners who tried to break this time. But never did it.

IK: I started as a skier as 12-year-old and was on the Norwegian national team until I was 24 years of age. I am sure the training helped me in my running because I developed very strong heart and lungs which is very important for a long-distant runner. During all my years as a world-class long-distance runner I used cross-country skiing as good winter training. Instead of going to warm countries, running in shorts I stayed in Norway skiing. This I think is what made me to be the best long distance runner. I went skiing once a day and the second was training that I did on my treadmill. So I think the skiing was good for my running and of course the opposite too.

CK: What did your winter cross-country skiing program look like? Can you give me a typical week’s schedule?

IK: When I was a skier I train two times a day, skiing. In the morning two hours easy skiing and in the afternoon one to two hours skiing. With the afternoon skiing I did interval workout. The weekend I did a competition. 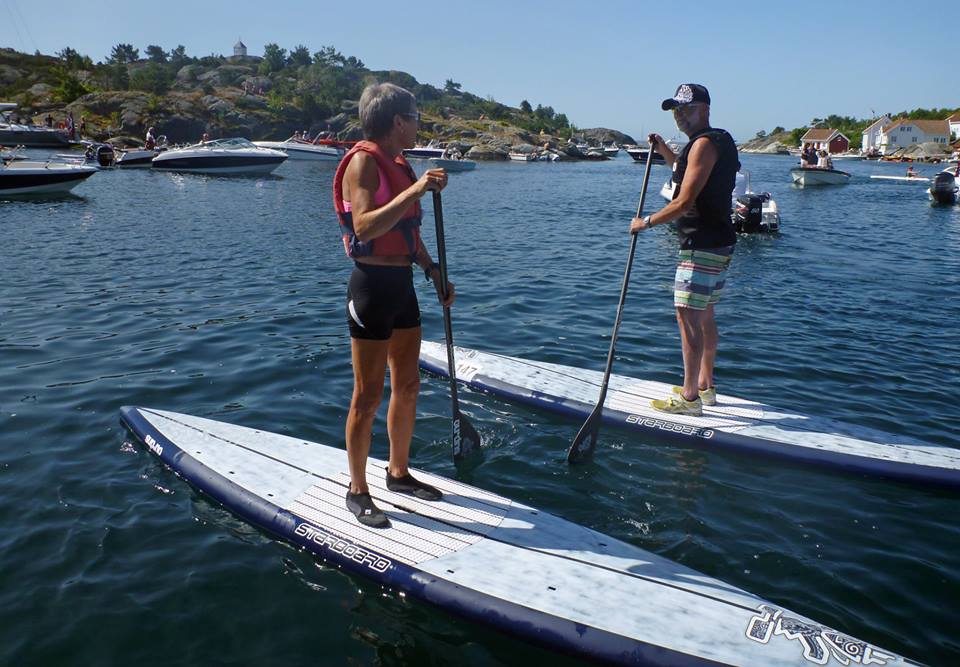 CK: When you started running at a young age what weekly volume of mileage did you get up to and how did that progress through your 20s?

CK: Do you continue race in either sport? What does your training look like these days?

IK: I am not racing nowadays, but I train almost every day, sometimes twice-a-day, I run, bike, walk, nordic-walking, paddling, SUP (stand up paddle boarding). So I still love to use my body for training.

CK: How do you feel about Norway’s apparent snub of the 2020 Winter Olympics? Do you feel it was the right thing to do?

IK: I think it was OK that Norway did not go for the Winter Games in 2020. In Norway we need to do more for the summer sport.

CK: In regards to cross-country running, do you feel it would be a good fit as a Winter Olympic sport? Do you think this will save cross country running from its diminishing stature as a competition?

IK: I think cross country running can be a good winter sport for the Olympic or Snowshoe running, yes.

CK: When you broke the world record in the marathon with your 2:21:06, did you have pacers, or did the record just come because you were racing the event?

CK: So did you talk to yourself after 25K?

IK: Yes. When I was in competitions I often talked to myself, for helping me to think in the right way when I got tired.

CK: You ran at least 18 marathons where you finished top-4. What was the key to you running the marathon so well, so many times?

IK: I think the key is to have fun both during your training before the marathons and of course having fun during the race. I train well all year and like to do all kinds of work. I was good at training for things I was bad at to get better in things I was bad at them for racing. The most important thing I think was that I competed in many different surfaces, running cross-country, on road and on track at high level (Word Championships) distance from 3,000m up to the marathon. This allowed me to have more fun and the training was varied before the different competitions.