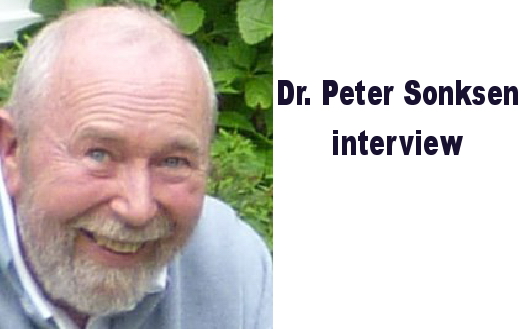 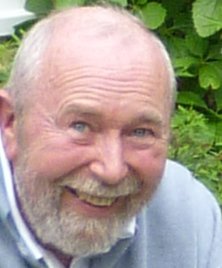 Dr. Peter Sonksen is a retired Professor of Endocrinology from St. Thomas’ Hospital and King’s College, London and a Visiting Professor at Southampton University. He was awarded an Order of the British Empire (OBE) for his contribution to the fight against doping in sport.

He was a  principle investigator in the GH-2000 multi-national research team that laid the ground work for the biomarker test for detecting abuse with growth hormone and co-leader of the GH-2004 team that refined the test and took it to implementation in the 2012 London Olympic Games where it caught two athletes missed by the existing isoform test.

In 2004, he co-authored Diabetes—at your fingertips with Dr. Charles Fox and Sue Judd

Christopher Kelsall: It must have been an honour to receive the Order of the British Empire OBE. Can you describe how that felt when you received the notice?

Dr. Peter Sonksen: Amazing! From Her Majesty Queen Elizabeth herself at Windsor Castle, one of the happiest days of my life. All dressed up with wife and two children on the hottest day of the year.

CK: I understand that you played a large role in creating the biomarker test, which was first used during the 2012 London Olympic Games. Can you describe the test and how it differs from the Isoform test?

PS: It relies on the measurement of two growth hormone (GH) sensitive substances (biomarkers) in the blood, IGF-I and P-III-NP. Their concentration rises after administration of GH and stays up for some time after administration stops. Levels rise to those not seen in normal people, only those given GH. The isoform test relies on being able to show that the GH in the blood is only one of the two common isomers – resembling the synthetic GH that is the major form of GH available for therapeutic use.

CK: Fans and athletes often can be heard saying something to the effect of, “drug testers will never be able to keep up with the cheats,” yet we know of extortion, bribes, payoffs and systematic doping that has gone on for likely 40 years. Are the drug testers really that far behind or has there just been a lack of an appetite to clean up the sport?

PS: It’s a war and it will run forever.

CK: In 2011, the IAAF and IOC began forcing athletes with hyperandrogenism to take testosterone-reducing medication. The Court of Arbitration for Sport rescinded the requirement because the IAAF failed to scientifically prove that women with serum testosterone >10 nmol/L benefited from the endogenous production of testosterone. Is this correct?

PS: The Indian athlete Dutee Chand and her advisors challenged her being excluded from the 2014 Glasgow Commonwealth Games on the basis of a test that had been introduced without a proper scientific basis.

PS: No – we know nothing about the drugs she was given or the effects they had.

CK: So are you saying that the IAAF administered drugs to temper her T production, after subjecting her to sex verification tests and yet they haven’t made available what product she was taking?

PS: No! I’m sure the IAAF didn’t administer drugs. It was presumably an endocrinologist and of course, it is private and confidential.

CK: Let’s just say that it may not be scientifically proven, but it is pretty clear that she does benefit from higher testosterone and her performances worsen without it. For women she races against who do not produce equal amounts of T, they would have to dope and would, therefore, face suspensions.

How does the IAAF et al, reconcile this?

PS: We don’t know the details of her medical condition but most likely she has a condition of androgen insensitivity where there will be an ‘error’ in building her testosterone receptor in all tissues in her body so that she cannot respond to testosterone.

CK: The issue seems very complicated.What would be your recommendation for the IAAF/IOC to resolve their concerns about so-called fairness in women’s events?

PS: It isn’t difficult – they should not have brought in the rule, they were ill-advised. All they need to do is withdraw it.

You also went on to say:

“They then had to try and find some scientific justification for their hyperandrogenism rule so looked at a whole lot of hormones and metabolites until they found some things that appeared to relate to performance.”

In your mind, once the CAS looks at the latest results that they will turn them down, if so, will that be the end of the hyprerandrogenism debate between the IAAF and the athletes that endogenously produce high levels of T?

PS: That’s a fair summary – the rule they (IAAF/IOC) introduced involved the level of serum testosterone because their theory was that it explained the difference in performance between men and women. This was just a theory. CAS suspended the rule because IAAF/IOC failed to provide them with good enough evidence to support their theory. In these two recent papers, the authors have failed to find any relationship between serum testosterone level and athletic performance. I can see no evidence that will convince CAS to change their mind. This will result in the rule being removed.