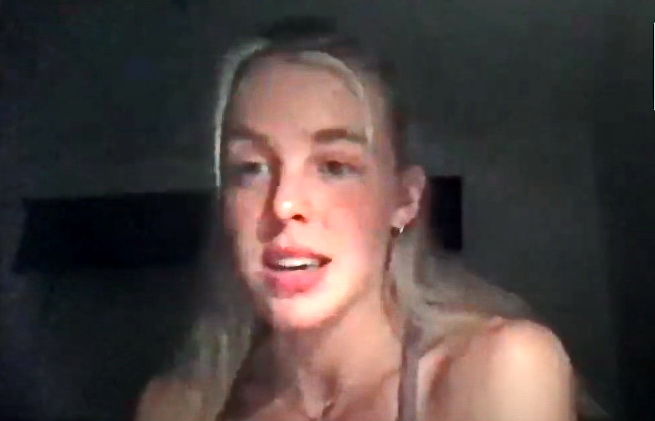 Keely Hodgkinson is a Tokyo Olympic silver medallist in the 800-metre event. She finished second to American Athing Mu, and broke the British records that was held by Dame Kelly Holmes with a 1:55.88 performance.

This interview includes Jenny Meadows who is a two-time world championships bronze medallist and a coach along with Trevor Painter.

Christopher Kelsall: You are not only the British Rising Star Athlete of the Year but also, the British Female Athlete of Year. After all that you have accomplished at age 19, what does that mean to you?

Kelly Hodgkinson: I am probably a little bit lucky that I am a junior and I can do the senior in both because of my age. I was just really happy because I was nominated for the junior award twice since I was 17-years-old but didn’t win. So, I am happy to have won it.

CK: Talk about what it felt like at the Olympics, in regards to the anticipation in the call room, you take the silver medal and break the national record in the 800m in that final race.

KH: I don’t really remember it all. But the adrenaline takes over everything. I would say there was a sense of relief that you have gone out to do what you know you can do. I tried to make sure nothing goes wrong, which is hard to do. But there was a lot of excitement and winning the medal, which a year ago I didn’t think I could do. I was just trying to make the team as a last goal.

Tokyo you were cool!!Thankyou for all the messages of love&support, it has been amazing &overwhelming to see & I couldn’t be more grateful for the incredible team I have around me❤️ special shout-out to the man behind the magic, wouldn’t be where I am without you & the squad 🌪 pic.twitter.com/5NKzNrrS8R

Getting in the final with the other British girls was good. As for Kelly Holmes’s record. I used to look at that record and think that it will take so long. Taking it down on that day was definitely something special.

I went into Tokyo in good shape and knew that I could run a 1:55 time it was just whether it would come out on the day.

CK: You and Athing Mu ran negative splits in the final, which isn’t normally done. Was that planned or did it just happen?

But she (Athing) seemed to do a similar thing. When she runs her races, she seems to negative split as well. I don’t know.

CK: Are you and Athing Mu friends now, do you talk online?

KH: We have spoken online before and in Tokyo after the final. I didn’t see her in the rounds. She is a nice girl. She is a very talented athlete and I think we have hopefully a good 10 to 12 years of pushing each other. It’s good to have her in my sights and I like to strive towards trying to beat her. And, I am sure she won’t want me to beat her, so it is a good competition and yeah, she is a good girl.

CK: The world record is 1:53 and change. You didn’t think the Dame Kelly Holmes record was attainable just yet. So, what do you think? Are you going to go after the record at some point or just focus on worlds and events like that for now?

KH: I think for me, I would definitely value medals over records in my career. But you know, if you are in a final and in a championship environment and something like can happen… …As science gets better and athletes train better, I think getting close to it is possible. So, I suppose we will just see what happens, really.

CK: There seems to be a resurgence in British athletes. Ireland, Scotland, and England. Is it a timing thing, better coaching, or a better athletics culture now?

KH: I would say timing, I don’t know, as we are all in different parts of our careers. Laura (Muir) has always been such a strong competitor, she finally got her moment. Josh Kerr is only 23 now, so he is not that old either. So, he is potentially just at the start of his career. With me being 19, it all just kind of happened. I think British middle-distance has come along a lot this year, particularly for the women. You can say the same about the US girls, they had three in the final as well. But I would like to get Jenny’s perspective on that.

Jenny Meadows: It just came together at the time and I think. You said it very well, Keely, that people are at different stages of their careers. It was amazing to see Laura Muir get that medal at long last and I am sure she supported you, Keely. But I am sure you frustrated her as you just come out for the first time and did it at 19. It just doesn’t happen.

I would like to say that there is a constant flow of good athletes coming through, but there has to be good coaching as well.

Andy Young coaches Laura and of course Jemma Reekie, he is learning and obviously learning the trade alongside the athletes. And of course, Trevor (Painter) coaches Keely, he coached me to a world championships medal. So, I think there are some good young coaches coming through. Coaches are often undervalued, so, I hope Great Britain and other nations value their coaches. It is very hard to win a medal at a major championship.

Having three women in that race each from Great Britain and the US was absolutely phenomenal.

CK: To throw a curveball at you Keely, have you gotten over the Piers Morgan slag yet?

KH: [laughing], I can’t believe he is known over there. Piers Morgan knows what he is doing. He likes to get into people’s minds. So, I thought my reaction was very clever. Very subtle and very clever. And he replied within 30 seconds. He knows my birthday, which means he Googled me which I think is a bit weird.

Hey Piers, you are kind of creepy.

KH: I am still on the hub. The university is close by. I am still in Leeds. We have good talent coming through from age 17 to 30. They put 50 million (pounds) into the facility with a track and physiologists, equipment, scans, whatever you need and gyms. Yeah, it is a really great place to train. I get a lot of support from them.

CK: Speaking of training, there is a video on Twitter of you at a recent workout where you are at an indoor facility and you are grabbing your knees. Are you peaking right now for indoors? What was that workout all about?

KH: That was my first indoors session because it is too cold in Britain. So, we went indoors, it was very lactic, very hard. But, yeah, we are going to do indoors and hopefully world indoors and see what we can do there.

CK: Can you talk to me about Barrie Wells Trust?

KH: He is a philanthropist. He is a very successful businessman and he likes to support athletes. He supported Jen (Meadows) as well. He hadn’t done it for a while, but then he quite liked me for some reason, and he decided that he wanted to support me this year.

His charity Box4Kids. He funds it himself and it is all about terminal and disabled kids having a VIP day out. So, I am an ambassador for them. It’s about me giving back to what he has done for me supporting my training camps.

British Female Athlete of the Year

CK: What about your weekly training volume?

KH: I am at about 35 miles per week (60K). Trevor knows the trajectory to where things are going, but that’s where I am at, plus lots of cross-training. I am a cross trainer and I think it just works well for me. The training is not too much at the moment, so it seems to be working all right. So, we will build on it from there.

JM: Keely, I know what the full volume will look like. But what you are doing now is unbelievable. I say you are working at 70 per cent of what your final load will be. I ran 1:57 for 800 and I was on 100 per cent load. You have run a 1:55.88 off 70 per cent load. But it will be gradual, we will keep progressing things, but I agree, that the world record… …I think Athing and Keely will get close to that. As long as they stay fit and healthy and keep pushing each other. I am sure Athing has capacity to grow and you have Keely, so, I am a very excited fan and I am glad that I don’t have to race you anymore.

CK: So, Jenny, what was your high-volume mark?

KH: I probably got to 60 miles per week. I don’t think Keely will get to that, maybe 50. See how the body responds. Keely can benefit from some of the things that we did around building too quickly or peaking too early.

Before Tokyo, we asked each other if Keely can break two minutes. And we thought, yes, she can. Then all of a sudden it was us thinking that she can run 1:58 and then 1:57. One week before Tokyo, we were questioning ourselves and we asked, can she run 1:55? I have to say though, it has all been quite organic. Sometimes Trevor and I have questioned each other wondering if she is peaking too early. But it has worked. It is a natural response to the program, rather than having the program push her, so, with a 30 per cent larger capacity, it will be interesting to see where we end up with that.

CK: Considering you ran a 52.91 in the 400m in September and considering some 800m runners are more true middle-distance runners and there are some that are long sprinters who move up. Which are you?

KH: [laughing] I do need to update that time, but not anytime soon.

CK: What does your season look like coming up in 2022?