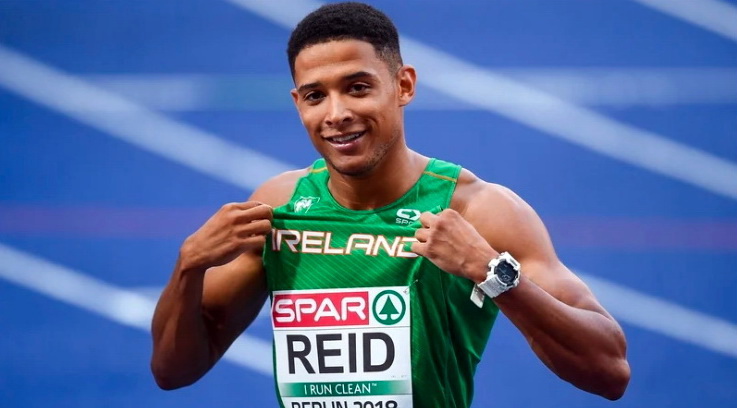 Irish sprinter Leon Reid and three other men appeared at Bristol Magistrates’ Court in Bristol, UK on March 31. They were released on bail shortly after.

Reid is charged with conspiracy to supply a Class A drug as well as permitting his premises to be used in the production of a Class A drug, which turned out to be crack cocaine. He was also charged with concealing criminal property and acquiring criminal property as well as possession of firearms and money-laundering offences. He lives in nearby Bath.

The 26-year-old denies all of the charges.

Leon Reid, who is due to represent Ireland over 200m at the Olympics, is among five men who’ve been charged with drugs, firearms and money-laundering offences.https://t.co/lTxzKknO8R

The four men will appear at Bristol Court on May12. There is a warrant out for a fifth man.

Reid won a bronze medal in the 200m for Northern Ireland at the 2018 Gold Coast Commonwealth Games in Australia. He is looking to compete in the Tokyo Olympic Games this summer.

An Athletics Ireland statement, released on Wednesday, said, “Athletics Ireland has been notified today that an Irish international athlete, Leon Reid, has been charged with a criminal offence outside the jurisdiction of Ireland. Athletics Ireland cannot comment further until all elements of due process have been completed.”

He owns personal bests of 10.33 in the 100m and 20.27 in the 200m. He finished seventh in the 2018 European Athletics Championships, and is the 2019 national outdoors and indoors champion in the 200m event. He was born and raised in Bath, however, after a two-year battle, he made his allegiance to Northern Ireland.