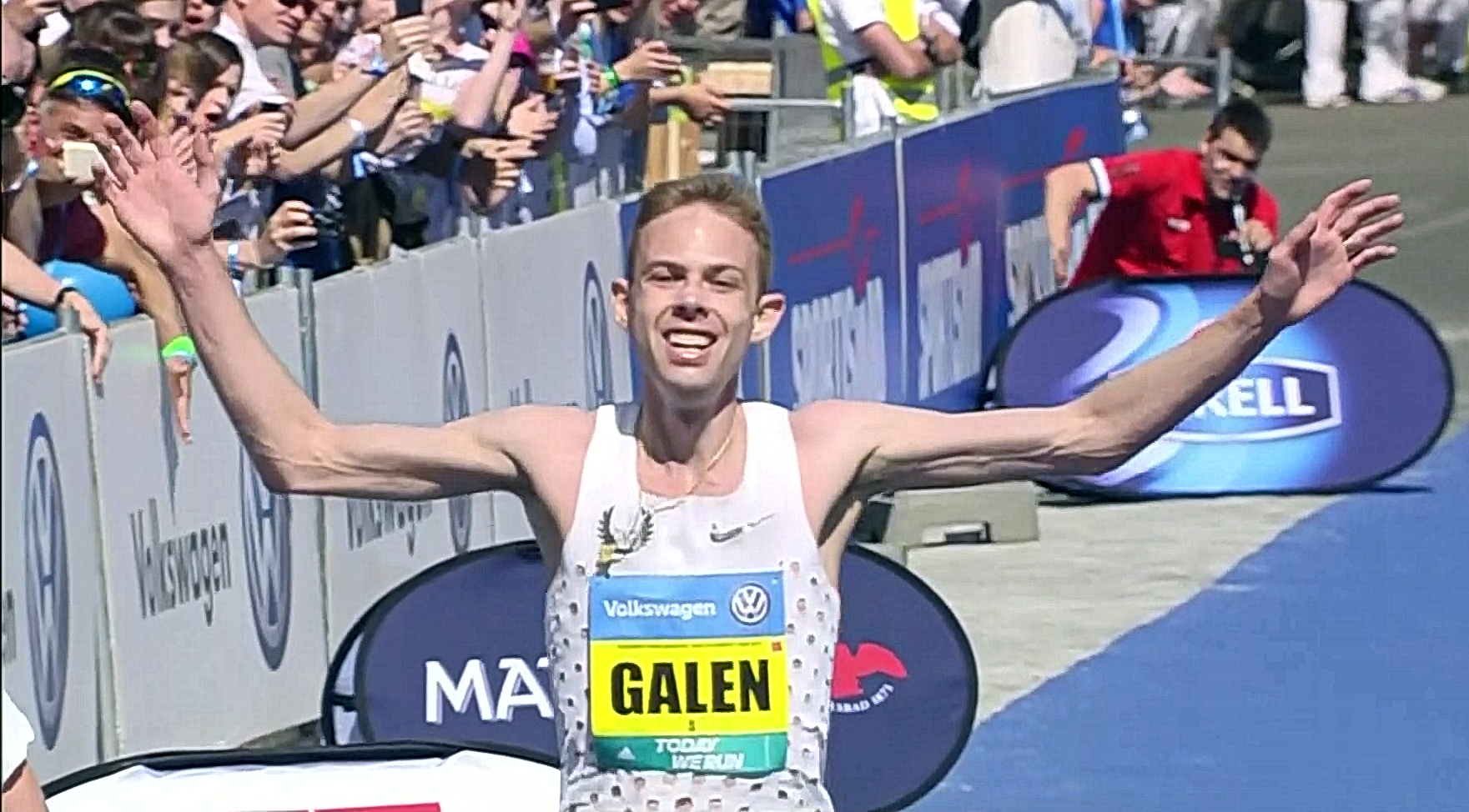 Is American distance runner Galen Rupp back after Haglund’s Deformity surgery and nearly two years since his last win?

He dropped out of the Chicago Marathon last fall, 23 miles or 37 kilometers into the race – he was experiencing calf issues. That sort of thing is to be expected on a comeback.

The 2012 London Olympic Games silver medallist in the 10,000-metre event looks to become a four-time Olympian this year, by qualifying at the 2020 Tokyo Olympic trials in Atlanta on Feb. 29.

The rolling course in Atlanta may be better suited for his calf muscles at this time than the uber-flat Chicago course. With rolling up and down sections, he won’t be stressing the same parts of the muscles throughout.

Sunday, he won the Mesa Half Marathon, breezing to a 61:18. No telling if he ran it at approximately marathon effort, but his coach Mike Smith of Northern Arizona University said he was pleased with the easy effort.

The net downhill course results perhaps speaks to an easy 63:00 elsewhere. A 2:06:00 marathon on a fast course on the right day seems to be about right for the former Nike Oregon Project athlete.

In May 2018, he ran a 2:06:07 in Prague for the win.  Two months prior, he blasted his half-marathon personal best of 59:47 on a fast course in Ostia, Italy. The performance was just four seconds off of Ryan Hall’s national record.

The 33-year-old is more than capable of winning in Atlanta and at age 34 in Tokyo, a medal possibility.