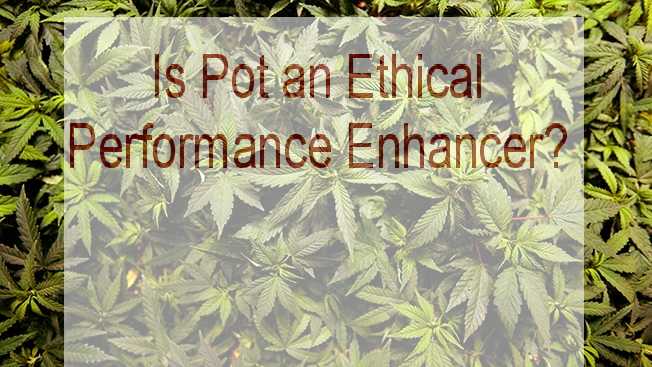 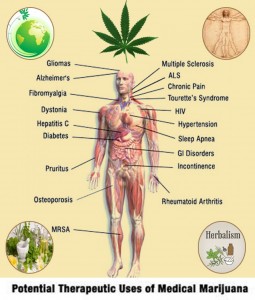 Apparently, there is a new ethics debate taking place in the ultra-marathon community about the use of marijuana (THC) as a performance enhancing drug. The World Anti-Doping Agency (WADA) lists cannabinoids as prohibited during competition, so the debate may continue, but the fact remains THC may provide a competitive advantage for some people and should not be used during competition.

THC, the psychoactive ingredient in marijuana, apparently offers several performance enhancing benefits specific to the demands of ultra-marathon training and racing. THC aids in relaxing the mind of stressed runners leading up to race day. For those who cannot get to sleep apparently getting high takes care of that. Post-race, while the mind continues to be active and the body is abuzz from running for many hours non-stop, THC aids in allowing the competitor to relax and therefore come down from competition.

For the above purposes – relaxing the mind – it is debatable whether THC should be a banned substance. There are foods and herbs and teas that provide relaxing or mood altering effects for people experiencing stress, that are legal. For example Kava or Kava-kava (Piper methysticum) grown primarily in the Pacific Islands is known to contain sedative, anticonvulsant and anesthetic properties, among other benefits. Kava has been used for these purposes for centuries by Polynesians.

The Passion flower also known as Passiflora were originally used by native North Americans and later adopted by Europeans. The roots are cultivated for the purpose of making tea. The Passion Flower roots are used for their analgesic properties. They help in overcoming insomnia, hysteria and even diminishing the effects of epilepsy.

Theanine or L-Theanine is an amino acid that in many countries like Japan and the US, for example, is approved for use in soft drinks, supplements and teas. This amino acid increases the hormones serotonin and dopamine, both of which are neurotransmitters. Serotonin is commonly referred to as the good mood elevator. Dopamine aids in motor control, arousal and general motivation, to name few benefits.

THC as a painkiller is approved in many countries throughout the world, commonly referred to as medical marijuana for people who suffer chronic pain and do not benefit from or cannot take anti-inflammatories (NSAIDs) or other common over the counter and subscription painkillers such as Ibuprofen. It is debatable, from an ethical perspective, whether one should take painkillers during training and racing. If the race or the training is too much, why do it at that level? This begs the question, has the proper training adaptation taken place to allow competitors to handle the distance and the effort?

Considering the adverse side effects from taking NSAIDs long-term and during competition, such as kidney issues, artery disease and cirrhosis to name a few, THC may be a safer alternative.

The above naturally occurring products are plant based, have a long history of usage and like most organic ingredients can be part of a normal and healthful diet when taken in moderation. Because the above (aside from THC) are not banned by WADA, athletes are free to use them in training and while racing. So as previously asked, for this purpose – relaxing the mind –  should THC be banned, in-competition? However, THC does not leave the bloodstream for ten days and up to 90 days, so it is difficult if not impossible to determine whether it is taken specifically for a competition, or for training and or nerve-calming purposes leading up to the event.

WADA has suspended athletes from competition for testing positive for THC. Biathletes that have been suspended claim that THC calms the nerves, which provides a significant benefit during the shooting stage of competition. Many French water polo players and swimmers have been banned for have having traces of THC in their system. For swimming, a sport that requires sprint speed or endurance or both, benefits from using THC are difficult to find. With these athletes, the drug may have been used for recreational purposes; should WADA have jurisdiction over recreational use? Probably not, as THC usage laws vary from country to country.

THC is used for anti-nausea purposes. Run long enough and your stomach may revolt. Vomiting is common in ultra-races that go as short as 50-kilometres and often up to and longer than 161-kilometres. The painkilling effects of THC apparently comes in handy during an ultra-marathon or during long training bouts; however, according to a University of Oxford study released December 20, 2012, “Brain imaging insight into cannabis as a pain killer,” THC is not a painkiller, but a pain distractor.

Dr. Michael Lee of Oxford University’s Centre for Functional Magnetic Resonance Imaging of the Brain (FMRIB), said, “We have revealed new information about the neural basis of cannabis-induced pain relief.” Apparently, the MRI showed reduced activity in key areas of the brain that indicate pain relief the study participants experienced.

While most ultra-marathon competitions do not provide drug testing due the sheer expense of it – up to several hundred dollars per test – the rapidly-growing number of participants may continue to use THC to aid performance. The question remains, especially for those who choose not to take THC, is consumption for the purpose to aid performance, calm nerves or distract from pain, in-line with the fair play ethos of sport?